While a crew of woke researchers decry misinformation, racism and sexism….the Chinese Fishing Fleet is hauling in massive numbers of sharks. 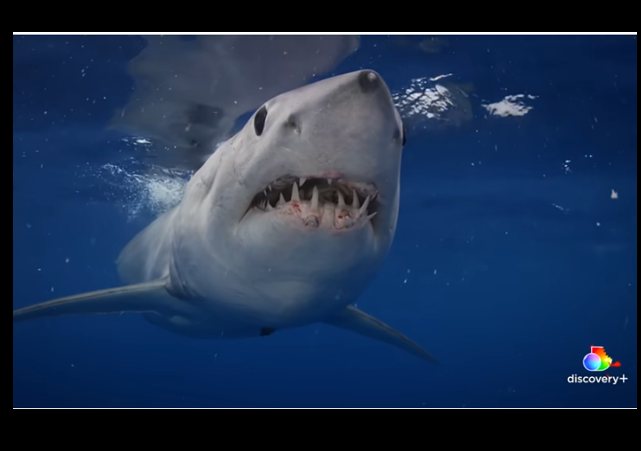 Shark Week is an annual, week long programming extravaganza on the Discovery Channel that premiered in 1988. It has grown in popularity and Since 2010, it has been the longest-running cable television programming event in history.

Clearly, as the programming is popular among regular Americans, it must be targeted by the woke mob. So a team team of researchers examined hundreds of “Shark Week” episodes that aired between 1988 and 2020 and published a study published last month by the Public Library of Science accusing the programs of using too many white experts and spreading misinformation about sharks.

The Washington Post did not disappoint in its full embrace of the racialist take on this popular entertainment event.

The programming featured more White experts and commentators named “Mike” than women, said David Shiffman, a conservationist at Arizona State University who was a co-author of the study.

“When there are hundreds of people of color interested who work in this field, [and] when my field is more than half women, maybe it’s not an accident anymore that they’re only featuring White men,” Shiffman said.

Discovery did not respond to a request for comment on the study’s findings. The company told NBC Boston that it wouldn’t comment on a study “that has yet to pass any scientific approvals” after a preliminary version was presented 2021. It has since undergone a scientific review, [Allegheny College biology professor Lisa] Whitenack said.

The piece quoted Minorities in Shark Sciences co-founder and biologist Carlee Bohannon, who praised the study for “putting numbers to her and her colleagues’ long-standing concerns about diversity in both the media and shark science.”

Bohannon stated, “We all grew up seeing one type of person on TV. ‘Shark Week’ was really the biggest thing, and it was always filled with White men.”

The article began with a sob story about Whitenack’s experience growing up, apparently not seeing enough white women ias “role models”. She was this lead research for this inanity.

The social media responses to her retweet of the piece reflect what many of us are feeling, I am sure.

"Experts" on how many people named "Mike" is too many? Beyond silly.

It’s pathetic is what it is. Science and biology used to be about science. Now you’re all propagandists.

And you were paid to do this? Talk about a waste of time. But thank you for adding Race and Sexism to a Shark doc. We need more division in our lives. pic.twitter.com/DCyqHuxHnR

Perhaps if Whitenack and her posse were truly interested in protecting sharks, her team might spend more time attacking the Chinese Fishing Fleet rather than a group of entertainers and credential scientists (white and otherwise) who want to make science just a little more fascinating using drama and special effects.

Last week, a Mongabay investigation revealed a massive illegal shark finning operation across the fleet of Dalian Ocean Fishing (DOF), which has claimed to be China’s largest supplier of sashimi-grade tuna to Japan, a top consumer. According to dozens of interviews with men who worked for the company between 2018 and 2020, its boats used banned gear to deliberately catch and illegally cut the fins off huge numbers of sharks on the high seas even as it caught tuna destined for Japan. The article followed an earlier exposé of widespread labor abuses across the same fleet.

Since DOF’s inception in 2000, the buyer of most of its tuna had been Japan’s Mitsubishi Corporation and its seafood arm, Toyo Reizo Co. Ltd. Mitsubishi said it suspended that relationship in mid-2020, when the deaths of four Indonesian deckhands from one of DOF’s boats made international headlines. However, the Japanese firm’s two decades as DOF’s most important business partner were critical to the rapid expansion of a fishing company that, former workers said, grew into a major human rights abuser and environmental criminal.

I think the complainers need to sit down and shut up.

Too much thinking is going to get you into trouble.

They have a real problem with the Great White shark

Yes, a racist shark, but I note in his defense that he killed and ate no black people, in the original Jaws at least.

Black people don’t like to swim, as a rule

What if those racists complained, an no one listened?

Any show that profiles the Great White Shark is definitely racist. /s

I’m fully in favor of feeding the above mentioned woke idiots to the sharks.

It would seem to me that the real racists are the Leftists who perennially obsess over, parse and hyper-analyze the given racial composition of a certain occupation.

The more frequently that a person refers to a person’s race/ethnicity/sexual orientation/gender/etc. when it’s completely irrelevant, while denigrating “white” people — which seems to be 99.99% of the time where Dumb-o-crats are concerned — the more appropriately they are characterized as true racists.

It’s almost as hard as finding a white person in a tv commercial.

I haven’t watched TV in years, I rarely go to the movies. Last movie I saw was a few weeks ago, they had gobs of commercials beforehand. The racial makeup in all of them was comical, I had no idea it had gotten this bad. I don’t like a segregated society, I don’t want whitey playing Charlie Chan, etc. But this? It’s simply lying. And there are deep implications within those lies. You poor, pitiful person of color. You can’t get by in life without our help.

uh, two white actors were the original Charlie Chan. Wait until you learn who played Fu Manchu. And let’s not even get into Sean Connery, who if given the option, probably would have taken the role as an emancipated slave, giving the whole performance with a Scottish accent. Although I note that Pierce Brosnan played an Indian, both continental and American.

Uh, I know who played Charlie Chan. That was the point.

You need to polish your routine. Reread your post, not at all clear there’s any sarcasm there. So don’t quit your day job.

It wasn’t sarcasm. I literally don’t want round eyes playing Asians in movies.

Wow, dumber than I could have thought. You do understand that they’re actors, don’t you? They’re never really the people they play?

They’re actors?
I had no idea.

A light better but you’re delivery is still off. And stylistically just doesn’t comes off well. just off putting. Some people have a way with words, others not have way..

Mike Rowe’s fb destruction by his fans about Shark week is something to behold. I guess the WaPo doesn’t know who Mike Tyson is.

Mike Rowe is an American treasure.

Doesn’t she understand she just has to claim she “identifies” as a man and all will be well? She’ll be in the power group.

Well, hire some ‘suitable’ experts for the show. They will make fine shark food.

Discovery Channel discovers they have no innate immunity to assinine attacks of racism by racists.

so there aren’t (according to bohannon) enough black people that want to study sharks?–who knew?–who cared?(would bet a tiny group if even that many)

Snivel and whine… Why not just take care of your own life and stop being devisive, That’s just too childish for ANYONE to criticize, about but YOURSELF.

I suppose they’ll be telling us Great White Sharks really aren’t that great, on account of their Whiteness.