“He was kinda looking at me like, ‘Boss, stop looking at how bad I look, just take care of me’” 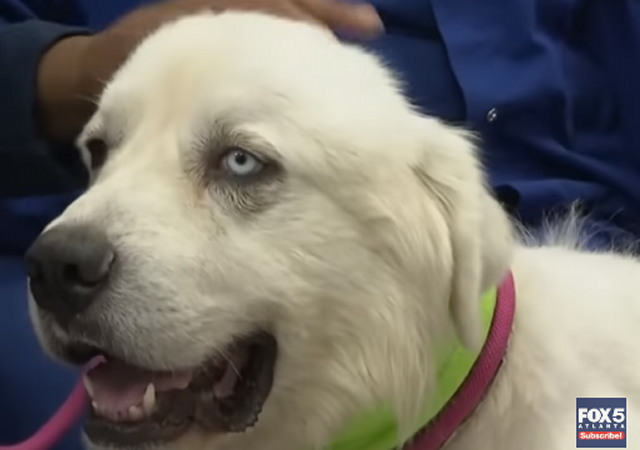 A two year-old Great Pyrenees named ‘Casper’ recently fought off and killed eight coyotes to defend the flock of sheep he was guarding in Georgia. He sustained injuries but is now doing OK.

A Georgia sheepdog is recovering from injuries after squaring off against a pack of coyotes, killing eight of them, while protecting his flock.

Casper, a sheepdog who works on John Wierwiller’s Georgia farm, fought off the more than half a dozen coyotes in a fight that lasted over half an hour, WAGA-TV reported.

Wierwiller says that Casper disappeared for two days after the brutal fight.

“We knew he was hurt because we found parts of his tail and blood and other things, so we were worried,” Wierwiller said.

Casper eventually returned to the farm with visible injuries.

“He was kinda looking at me like, ‘Boss, stop looking at how bad I look, just take care of me,’” Wierwiller said.

Great Pyrenees dogs are excellent livestock guardians, it’s in their genes. They’re very large dogs and can even fend off bears and wolves.

This video will teach you more about the breed and how they’re used.

Casper is a heck of a guardian. Pyrs are big dogs but killing six attacking coyotes is amazing. People out here get puppies, which they raise in the barn with the sheep, so the dog accepts the sheep as his pack. But if there are such large coyote packs in Georgia, that farmer needs two Pyrs to defend the flock!

The religious metaphor of “shepherd” is ill-understood in these modern times. Agrarian shepherds are badasses, on two legs or four.

I love this big ol’ dawgs.

Too bad we can’t put Casper in the Senate. He fights.