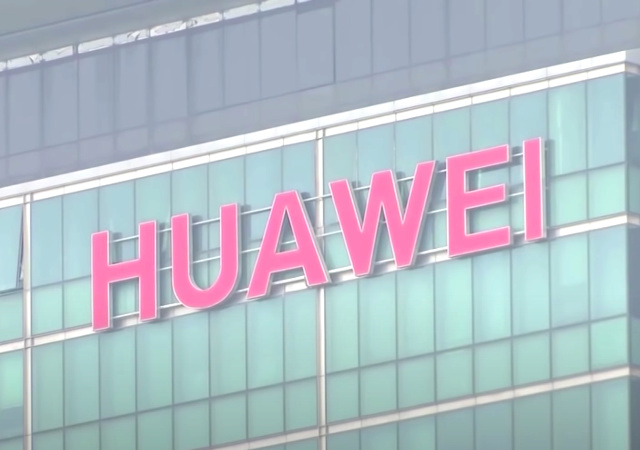 In the wake of reports of the extensive numbers of Chinese-made surveillance drones flying over restricted air space comes news that the Federal Communications Commission (FCC) has voted to ban sales of new telecom and surveillance equipment made by several Chinese companies.

The FCC made its order public Friday. The latest order stops short of requiring U.S. equipment buyers to remove items they have previously purchased or stripping authorizations for electronics models that already exist.

A spokesman for Hikvision said the FCC’s decision won’t protect U.S. national security, “but will do a great deal to make it more harmful and more expensive for U.S. small businesses, local authorities, school districts, and individual consumers.”

Officials from the Chinese company either had no comment or denied any security threat.

Huawei declined to comment. ZTE, Dahua, Hytera and the Chinese embassy in Washington did not immediately respond to requests for comment.

Hikvision said in a statement that its products don’t threaten U.S. security.

“This decision by the FCC will do nothing to protect U.S. national security, but will do a great deal to make it more harmful and more expensive for U.S. small businesses, local authorities, school districts, and individual consumers to protect themselves, their homes, businesses and property,” Hikvision said, adding that it will continue to serve U.S. customers “in full compliance” with U.S. regulations.

Rosenworcel circulated the proposed measure, which effectively bars the firms from selling new equipment in the United States, to the other three commissioners for final approval last month.

Meanwhile, the FBI has taken a break from surveilling Americans to pay some attention to the Chinese app, TikTok.

Federal Bureau of Investigation Director Christopher Wray told lawmakers Tuesday that he is “extremely concerned” about TikTok’s operations in the U.S.

“We do have national security concerns at least from the FBI’s end about TikTok,” Wray told members of the House Homeland Security Committee in a hearing about worldwide threats. “They include the possibility that the Chinese government could use it to control data collection on millions of users. Or control the recommendation algorithm, which could be used for influence operations if they so chose. Or to control software on millions of devices, which gives it opportunity to potentially technically compromise personal devices.”

Wray’s remarks build on those from other government officials and members of Congress who have expressed deep skepticism about the ability of the Chinese-owned video platform to protect U.S. user information from an adversarial government. TikTok has maintained it doesn’t store U.S. user data in China, where the law allows the government to force companies to hand over internal information.

Wray said that law alone was “plenty of reason by itself to be extremely concerned.”

Why not break off ALL trade with them? We did fine without them before.

Probably because their chips are in 90% of our military assets… 🙁

Provide tax breaks/incentives for all American companies to close China operations and restart in America with American workers (citizens). Some will need phase in time. I would not be opposed to eliminate all foreign ownership of business, farms, commercial property, and close all jobs/colleges to foreign Chinese!

Another incentive: get out of China or face high tariffs.

At this point, not even remotely feasible. I used to work for a major electronics manufacturer with multiple factory complexes in China. There’s a reason everyone does their fab in China. The price of just about everything would triple if it had to be manufactured in the US or Canada.

(Apple did it because Apple isn’t selling tech, they’re selling a brand, and bad Chinese QA was damaging their brand. Inshoring the manufacture was economically feasible for them. It’s not for anyone else)

Except that’s not how it looks to people in the States
A router dealer I patronize carries a popular Latvian line, capable of high-end Cisco-type operations at under a tenth the price. Since the last time I made an order, he now lists every model twice — once as tariffed, and once as non-tariffed. They’re the same price and have the same features.
I asked him what the point of all this was and how I was supposed to know what to order.
He responded that the non-tariffed units are made directly in Latvian factories, while the tariffed units are made for the Latvians in China. Customers are free to order the non-tariffed units until the shelves empty, then they have to order the tariffed ones and pay a surcharge (US tariff) at checkout.
Same unit, same price, just different penalties.

Over time sure. All at once tomorrow AM? Not a good idea.

As you stated before….before…. we became dependent upon them. We don’t make aspirin, we import it. Think about all the things far more complicated, we don’t make those without Chinese partners either.

Hey, the US Government can do it!
Remember Motorola Semiconductor/ON Technologies? Remember Solyndra?
Now imagine rolling both in a giant tortilla, garnished with Treasury lettuce and Big Guy cheese.
Breakfast tacos for America!

I like the sarcasm and really hope we can get th govt out of the way. The damn globalist crowd exposed us to this mess, aided by the weirdo environmentalists. Plus the politicians eager to be ‘convinced’ via campaign donations and getting their nephews a job.

So, Trump was right AGAIN.

The Chinese Gov’t must be understandably upset, after having paid Hunter (and the Big Guy) so much damn money!!

Why? They got value for payment.
They chose not to pay more for the extended warranty, too bad.

I’m old enough to remember that when Trump issued rules restricting sales of Huawei the MSM squalled and Dems pulled out their hair denouncing him. Even The Semiconductor Industry Association issued a statement against it. Where is everyone now that Brandon is doing it? Looks like Trump was right again.

They’re crying about new equipment being a security risk, but what about the millions of computer related items already here? We’re not eliminating a security risk, only making it slightly more difficult to access the information already available through baked-in backdoor access.

Enjoy your mainland Chinese made computers, phones, routers, and TVs. There’s no such thing as 100% trustworthy but shouldn’t equipment made in Tiawan or South Korea be safer?
.

Those who know me on here know that I’m done with Trump for elected office, but credit where it’s due.

Trump called this a long time ago and the FBI did nothing because woke and corrupt.

For people who are serious, there are niche products that assemble provenance and known risks from the whole BoM in both gizmos and IT infrastructures.

It’s a big deal with IoT, not being addressed as yet. Even so, I’m pleased that over time, finally, there’s enough understanding to make a market for this. For consumers there are increasingly products that include reliability and data security as features. You don’t have to go play with the sketchy people and do it yourself any more. (Indeed, just the other month I tripped on a current flagship-equivalent smart phone, retail, with long-term warranty and support. It seems there are enough gendarmes who’s doings must be protected to make a market for this device, which for now they are also allowed to sell to the rest of us.)

I do wonder what will happen over the longer term. Like diet misinformation, drug protocol bad advice, energy solutions that mostly solve for more rent extraction, what happens as from experience the masses get better informed?

The current Chinese unified enterprise is predictable, if not to our Overlords and their apparatchiks: it is imperialist, fascist, mercantialist, pursued opportunistically, independent of any norms of a liberal world order, international relations, or the rest.