Signs of Change Ahead Week at Legal Insurrection

Signs of Change Ahead Week at Legal Insurrection 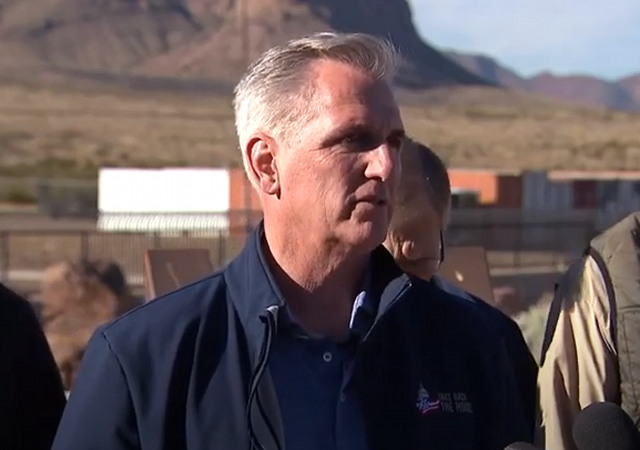 We still have a little over a month until the GOP takes over the House but changes are coming.

This makes it more solid.

Musk is making all the right people crazy.

We hope everyone had a great Thanksgiving.

She is just awful.

Not McCarthy. He’s a wormish thing.

The phone book is full of Mc’s. Pick another one.

McCarthy is not a naturally tough, confrontational fighter. He’ll fold under pressure. Make him Speaker, and he’ll perform well for a few months, but he’ll be withered down to size by the left and the GOPe, and of course, stab us in the back because he’s more afraid of the left and the GOPe than he is dedicated to you and I – and our way of life.

I will believe more in signs of change if and only if there are some actual changes and not just promises, hints, etc. Been lied to deliberately for decades by both parties,

They are shallow opportunists who respond to the forces around them. As citizens who would govern ourselves for our own advantage, it’s our job to orchestrate those forces so their grifting gets us what we want. Forces not force. Leave that to the mostly peaceful “do what we want or we’ll burn you out” folks.

Despite myself, I have some hope. As The Incompetent Overlords depredations cause real life damage, more people have to assert what they need or loose bigly. Heat would be good. Gas. Why can Venezuela drill, when in the US we can’t? You wanna beg somebody for more suppy, how about people who don’t have to transport their black gold across oceans to get to us. (I thought tankers were bad, and trans-oceanic supply chains against the “no carbon” utopia to come? Apparently not when there’s an election to win.)

When you can’t get the acetaminophen for your sick kid, nationalized medicine, oligarchy and cabals (but I repeat myself), and supply chains that suck (but I repeat myself some more) matter differently. (The Competently Incompetent ones generate the same result, just on purpose; let’s not forget Cloward & Piven, or President Right Side of History’s Wing Man.)

The responsibility for helping Republicans get elected falls on McCarthy, McConnell, and McDaniel. They made poor decisions as the “Red Waive” did not materialized due to their poor partisan choices in various states, and against President Trump! Many races in Pennsylvania, Georgia, Minnesota, New Mexico, Arizona, Oregon, and Washington could have been major victories with more funding and support by the RINO trio mentioned above. Therefore, due to their tunnel vision neither deserve to continue in their current leadership roles. They have failed to perform in the most opportune time when Congress could have been won to stop Biden’s destruction of our Country! As for Ron DeSantis, he has shown how to win with a strong staff, Great messaging, and fundamental focusing as Governor of Florida! He has demonstrated all of this primarily in Florida where his roots are. That does not necessarily translate to the remaining States many of which are not “Red States.” While he is a strong leader, he may need more seasoning at the National level to better prepare for the backstabbing cutthroats and the 4th layer of government (Intelligence created by Obummer) in DC. We would be better off with President Trump and DeSantis as Vice President to guarantee a stronger choice for the American people. Trump could give DeSantis a broader level of authority while he goes after the problems at the Executive/Judicial/Intelligence levels. If they become effective, President Trump could retire after 2/3 years and allow VP DeSantis to take over and run as President for the next 2 terms. President Trump can’t be held responsible for the idiot trio of McCarthy, McConnell, McDaniel referenced above as he was delivering the MAGA agenda to very large crowds thru out the US and can only do so much. The MAGA agenda is a proven one that needs to be completed!
Out of State political donations for candidates and State ballot measures should be outlawed. It is an issue for State Citizens to decide! If you are not a citizen of the State, you do not have a dog in the fight!

The democrat party is a party of opportunists looking to gain wealth and power, and none of them care what the others are doing, so long as they get piece of the corrupt pie. Of course, the GOPe hacks are part of the scam.

In other words: the GOP is at best a rat trap for all of us looking to right the nation. If we don’t get that by now, we deserve the horrid future we’re in for.

The RNC withheld support from any candidate Trump backed. They’re actually more comfortable as a minority because then they can talk about how tough they are while raking in their share of the graft.

Don’t look now but The Turtle, Cocaine Mitch, seems to be quite ok with the lame duck Dems putting a spending plan in place that will last till next fall funding every leftist fantasy project of Chuckie and Nancy.