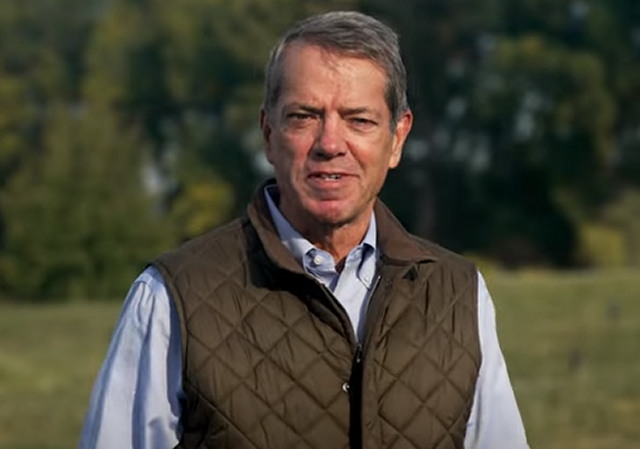 There are some bright spots in the 2022 midterms if you look for them.

An outspoken opponent of critical race theory and a regent for the University of Nebraska system is now the new governor of the state.

Pillen is currently a regent for the state’s public university system and in that role he attempted to stop CRT from spreading through the classroom.

Pillen (pictured) introduced a resolution in 2021 to oppose CRT within the system, but lost in his efforts 5-3.

The governor-elect made CRT one of his key issues in the election. “Critical Race Theory should not be taught in our K-12 schools, and it shouldn’t ever be forced on a student at the University of Nebraska,” he wrote on his campaign website, along with the text of the resolution he authored.

The resolution stated in part:

Critical Race Theory does not promote inclusive and honest dialogue and education on campus and … proponents seek to silence opposing views and disparage important American ideals. … Regents of the University of Nebraska oppose any imposition of Critical Race Theory in curriculum.

Here’s one of his campaign ads addressing the issue.

Now we need a gov from the other end of the country: Kari Lake.

I have a hard time following that

He mentioned several groups that have nothing in common besides their color and mentioned that CRT makes them the same and removes their actual diversity/cultural identity.

I usually have a hard time following n.n, but this one was relatively clear. He named three sets of racist cultural oppressors and their oppressed, all of whom have identical (“minority”) skin coloration — blacks oppressing blacks. One excellent disproof of CRT.

n.n. is easier to follow than many I must say.

Within the black community there is a lot skin tone resentment, dark versus lighter skin.

Let’s see if he walks the talk.

Lot of Republican Governors talk a good game with education but don’t do a thing. After all CRT infused teaching has been making headway in red states for years without them doing anything.

Youngkin, DeSantis are good models. Let’s see what the rest do.

CRT was spreading under the radar, that is no longer the case. Responsible parents are going to raise hell over CRT.

That’s why he beat the crook he was running against.