“has drawn criticism from its beginning for its claims” 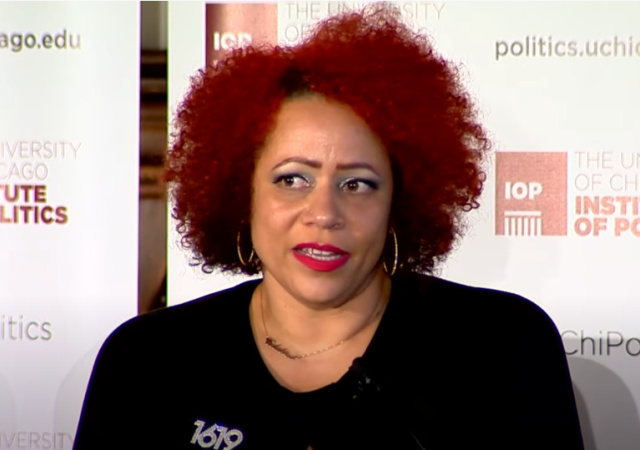 Nikole Hannah-Jones has admitted that this is just about controlling the narrative.

“This event will focus on ‘Democracy,’ chapter 1 of ‘The 1619 Project: A New Origin Story,’ as the first of six culminating events of ‘The 1619 Project Read Along: A Classroom Without Walls,’ launched in October 2022,” a news release from Howard, where Hannah-Jones teaches, stated.

The initiative makes the claim that America began when slaves arrived in Virginia in 1619 and that the Revolutionary War was fought to preserve slavery, a claim questioned by scholars such as Mary Grabar.

The event also featured  Lisa Crooms-Robinson, a Howard University constitutional law professor, for a conversation moderated by a Howard student.

“The ‘1619 Project’ is The New York Times Magazine’s award-winning reframing of American history that placed slavery and its continuing legacy at the center of our national narrative,” according to its website.

The ‘1619 Project’ issue of New York magazine was adapted into a book published by One World Press in 2021, according to the New York Times.

Historians, other scholars have criticized the project on factual grounds

The “1619 Project” has drawn criticism from its beginning for its claims. The NY Times itself even quietly edited some of the more contended claims, such as that the year slaves first arrived in America was the real founding of the United States.

Well,Howard U. One of my favorite TV listings currently is “Black College Bowl:” They have figured out how to get the right winners.

What a collosal waste of money!

And the re-evaluator of all values.

Did she do it in drag?….like they do for preschool kids?

I guess her students can’t be bothered to read unless she paints word pictures.

Hmmm, red on the outside, black on the inside?

So who did she finally get to finish the illustrations?