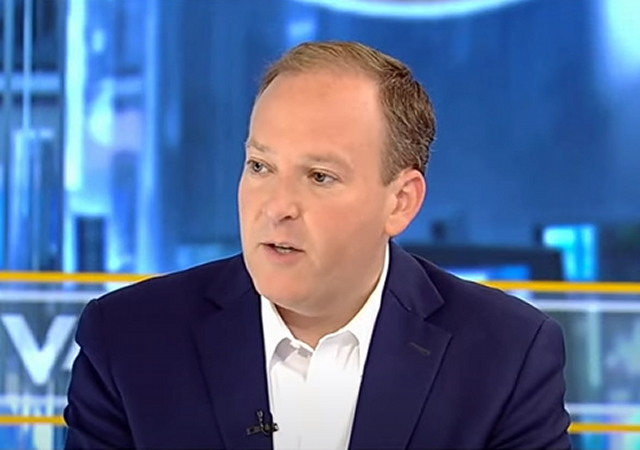 A month ago, very few people even knew the name Lee Zeldin. Democrat incumbent Kathy Hochul had a large lead in polls, and everyone just assumed that she would be elected governor of New York.

As election day approaches, that is all changing quickly. According to a new poll, Zeldin actually has a slight lead over Hochul. Zeldin has been hammering her on the issue of crime, and it seems to be working.

The independent co/efficient survey of 1,056 likely voters shows Zeldin with 45.6% support and Hochul at 45.3% with the rest undecided.

The margin of error for the survey is plus or minus 3.31 percentage points.

Significantly, it’s the first poll showing Zeldin — who has run a campaign focusing on law and order amid a crime surge — running ahead or even with the Democrat governor.

A poll released by the same group in early September had Hochul leading Zeldin, the Long Island congressman, by 6 points.

“The race has been tightening over the last few weeks and it appears that it is now a dead heat. The shift has been led by predominantly white and Hispanic registered Democrats defecting to support Zeldin, the Republican candidate,” co/efficient pollster Ryan Munce said.

Zeldin also has a big advantage with independents — 47 percent to 38 percent — and voters not registered with either party — 59 percent to 28 percent. In a tight race, those are the folks who are likely to swing the race, another good sign for Zeldin.

Another big danger sign for the Democrats in the poll? Zeldin is leading among Hispanic voters, 54 percent to 36 percent – a massive 18-point margin. Other polls are not showing that massive difference, but if even any of that is true, it’s bad news for Hochul.

Finally, in rabid blue NYC, Hochul is only leading 53 percent to 36 percent.

Zeldin’s lead with independents could make all the difference. Zeldin also has the advantage of being the change candidate when many people want change.

I’m a lifelong Democrat, but am voting for @leezeldin to be the next Governor of New York. I believe his vow not to mess with abortion rights if elected & it’s obvious that Zeldin will be better for NY than Kathy Hochul. A vote for Hochul is a vote for Cuomo. We need real change!

Talked to a Brooklyn Democrat today, 30s, lawyer, who is voting for Zeldin, mainly because of crime and Covid lockdowns. On PA he doesn’t like Oz but had real concerns about Fetterman’s acuity. Not an invented person, I have witnesses.

This will be an important race to watch early on election night. If Zeldin closes the deal, it could be a sign of what’s coming in other places.

Just 17 Days Are Left Until Victory. FULL SPEED AHEAD! We have to work harder than ever. We got into this race over 18 months ago and this final stretch will be far more important than everything in the past combined. pic.twitter.com/Mk8SX5m8Qo

Hochul has a solid lock on the post-menopausal crazies vote.

She also has a solid hook in the voter fraud apparatus plaguing our election process.

Zeldin will crush this useless sack of excrement.
Will be a tremendous help in the short term in prolonging the life of ny state but the state’s days are numbered. There are too many progressive marxists in powerful positions. Like cockroaches, they’re hard to eradicate once esrablished

Can Pelosi vote in NY?

And in the solid red state of Oklahoma… there are polls indicating that the D candidate may or will beat Stitt.

The democrat is a former republican who switched parties to run for governor. Some ads I’ve seen have her promising raises for all teachers in the state. The political ads have gotten nasty with anti Stitt talking about corruption and anti Hofmeister talking about her wanting to shut down the oil industry.

I try not to answer my phone between the political surveys and ads, medicare offers, and buy your house offers. At least I am not getting the car warranty calls.

Yeah, but have you thought about refinancing your student loan debt?

Gateway Pundit today has a startling post of how in several States the military ballots were replaced with votes for Biden (95%) in AZ and in several other states. Very discouraging.

Like our federal govenment, elections are COMPLETELY rigged. Only a tidal wave of votes can overcome the scam that mysteriously elects psychos no one seems to be voting for.

GP has posts that I consider more interesting than reliable. Now, if that news had appeared on Daily Wire, I’d be studying it.

Tells you something when someone today switches from
republican to democrat

Besides Uni party, but as crazy as Cheney

She’s beyond crazy. She reminds of of NY gangster crazy Joe Gallo: Cheny is no less a gangster in the scam called our federal government’, and just as greedy.

Meh. Lots of times, it’s just a sneaky way to get ballot access.
Bloomberg did it in the other direction.

Facebook comments from my local friends here in CNY are focused on blaming her and all Democrats for heating oil and propane prices. Both more common in ruralville then natural gas, but I see complaints about that also.

Next, and not far behind, gun control

And from my posts- her dictatorial actions with regards to masking, and requiring schoolchildren to get the vaccine that doesn’t work. That’s REALLY pi–ing parents off. Probably suburban and city parents as well as those out here in ruralville.

If Zeldin is pulling ahead of Hochul, how long before the RNC cuts off all campaign funding for Zeldin? They have history.