“An NBC reporter is enduring a liberal media onslaught over her interview of Pennsylvania Democratic Senate hopeful John Fetterman and her remark that he had difficulty understanding their conversation off-camera.” 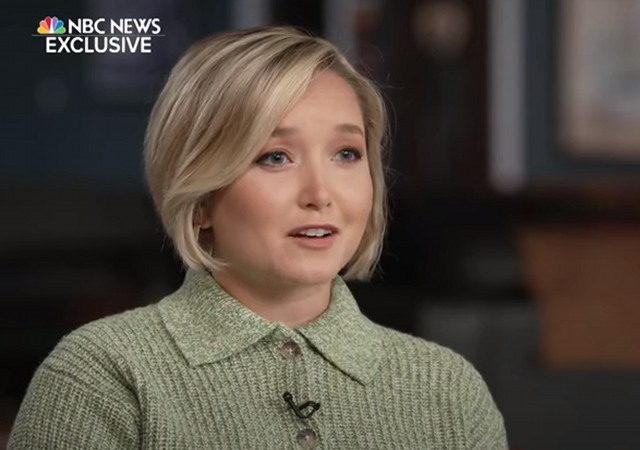 A reporter for NBC named Dasha Burns recently did a sit-down interview with John Fetterman, the Democrat running for U.S. Senate in Pennsylvania.

Due to his stroke a few months ago, Fetterman required a transcription program to put her questions on a screen so he could read them. Even so, Fetterman still struggled to process her questions and formulate answers.

At one point during the broadcast, Burns told viewers that prior to the interview, Fetterman struggled to make small talk with her.

NBC reporter says she found it was "difficult" for Fetterman to engage in "small talk" without use of a closed captioning system.

"Our team was the first to be in the room with Fetterman for an interview rather than via remote video conference." pic.twitter.com/8rtj2zLj4M

The interview looked awful for Fetterman and panicked our partisan media, which desperately wants Democrats to retain control of the Senate, so journalists have started attacking Burns.

An NBC reporter is enduring a liberal media onslaught over her interview of Pennsylvania Democratic Senate hopeful John Fetterman and her remark that he had difficulty understanding their conversation off-camera.

NBC correspondent Dasha Burns’ remarks about Fetterman, who is recovering from a stroke he suffered earlier this year, have prompted a barrage of tweets blasting her judgment and journalism, as well as multiple reports from outlets such as the New York Times, Washington Post and Associated Press about the backlash from the media and disability advocates.

“When something turns people who are normally pretty lucid and rational completely hysterical, you know there’s a real story there. And when those same people tell you incessantly there’s no story, you can guarantee it’s worth exploring further,” Fourth Watch newsletter editor Steve Krakauer wrote Wednesday. “That’s why this John Fetterman ‘closed captioning’ uproar is so instructive – there’s panic among supposed objective journalists.”

Even the Associated Press came after Burns:

An NBC News correspondent who interviewed Pennsylvania Senate candidate John Fetterman says an on-air remark she made about him having difficulty following part of their conversation should not be seen as a commentary on his fitness for office after he suffered a stroke.

But reporter Dasha Burns’ comment that Fetterman appeared to have trouble understanding small talk prior to their interview has attracted attention — and Republicans have retweeted it as they seek an advantage in the closely followed Senate race between Fetterman and Republican Mehmet Oz.

Fetterman, a Democrat, suffered a stroke on May 13, and his health has emerged as a major issue in the campaign.

Journalists on the left are losing their minds over this.

He is clearly coherent and admittedly has some auditory issues. Why cover this interview this way? Would they treat a deaf person like this for needing assistance? https://t.co/M2WEvEESS0

Is it the position of NBC News that a senator with glasses cannot be trusted in office because they use assistive technology to accommodate their disability?

All these political journalists warning about Fetterman's speech and his stroke recovery, wait until they hear about FDR's Polio, Lincoln's depression, and Madison's epilepsy. Those men could've gone really far in their career if not for their disabilities. Alas. Oh wait…

Sorry to say but I talked to @JohnFetterman for over an hour without stop or any aides and this is just nonsense. Maybe this reporter is just bad at small talk. https://t.co/CX9B7qWUaS

The ladies of the View repeated this talking point:

BuzzFeed actually tried to turn this into an issue about violence against people with disabilities.

Spoke to disability advocates about that Fetterman interview. They’re not happy. https://t.co/XE8wBq2LNN

All hands on deck. https://t.co/TucB5nUffH

Zero coworkers or colleagues defending her in replies or retweets. Zero. https://t.co/aWptTdF2kI

All the talk from people in media standing up for journalists and journalism under Trump was just talk. They will attack one of their own to defend the Democrat majority in the Senate.

You can watch the full interview below:

Dems will turn on their own if one tells the truth.

Like Biden, all of the media lacks the moral courage to say their choices are flaw and have no business being in office or running for office.

So have Twitter and Facebook started banning people for referring to this interview yet? Can’t let the groundlings see the glitch in the matrix.

If all the prior journalists had no problems speaking with him and now this journo has issues wouldn’t that mean he is digressing?

No, but it could indicate he is deteriorating.

No, it just means the other “journalists” are just acting as leftist PR flacks and will cut out or ignore what goes against the narrative

Ne’er-do-well parasite, Fetterman — he being manifestly physiologically and ideologically unsuited to hold any public office — should fairly be polling in the teens or lower. That he isn’t speaks to how far Pennsylvania has fallen from rationality and common sense, with voters gullibly swallowing the vile Dumb-o-crats’ snake oil and supporting their destructive policies and failed governance.

Calls Dr. Oz, with a real medical degree and career, a fraud. Dems always accusing others of their own actual problems.

It is amazing how quickly we went from
“Fetterman is absolutely fine you lying rightwing fascists!”
to
“I can’t believe you are bringing up Fetterman’s protected disabilities, you Un-Christian scum!”

Funny. They had a completely opposite take when Rush Limbaugh went deaf.

It’s not a big deal if “Senator Fetterman” is a cognitive dumpster fire.
The important question is: does he have small hands?

“He is clearly coherent and admittedly has some auditory issues. Why cover this interview this way? Would they treat a deaf person like this for needing assistance? https://t.co/M2WEvEESS0

He wouldn’t even have to show up. Just turn the teleprompter around and let us read it ourselves. Same for Brandon. These doofii can’t even do THAT right.

What debate? That would hardly be feasible now, unless allowance are made for a person who is qualified to claim special privileges under the American Disabilities Act.

He is not actually deaf. He can hear but cannot process the auditory words.

It is debatable whether he can actually process anything.

He also can’t initiate speech without difficulty. Cognitive and expressive deficits. We are coming up on 6 months after stroke which means diminishing returns on further healing. The brain is plastic enough for work arounds but as we age that becomes more difficult. What else is damaged? Critical thinking (even for a Democrat)?

This reporter laid out the unvarnished truth about how the woke candidate appeared to her. Where the hell did she get her journalism degree? There is definitely NO place at NBC News for a so-called journalist like THAT!

It was probably the varnished truth. If it had been unvarnished she would’ve been instantly fired.

He’d probably be okay in morse code. That’s some other brain center and then transferred into spelling, so it would be like reading.

Yes, but he would only be able to tap a word a minute tops.

Fetterman is a horrible man and a horrible candidate for Senate. But he’s a Dem, and the Dems and the media (but I repeat myself) would support a deranged pit bull running for office as long as it was a Dem. Don’t believe me? Two words: Maxine Waters

The state of politics in this country is truly depressing.

No. He is the perfect candidate because he can easily be manipulated by the same crew that controls Biden.

He can be trusted not to think for himself and only vote as he is told.

What do you call a journalist with some integrity – a “Dasha Burns”.

It is obvious that the MSM is covering for Fetterman -the comparisons with someone who wears glasses, or is being treated for epilepsy are odious

We shall have NO TRUTH in our time.

But no problem when a leftist psychiatrist breaks medical protocol and diagnoses Donald Trump without every having seen him in person.

But the good thing is people are now ignoring the media. They know this guy is a turnip and Democrats will vote for him regardless.

The US Senate is referred to as “The Greatest Deliberative Body in the World.”

Senators must deliberate. And to deliberate they must communicate.

A senator who cannot effectively communicate has no business being a senator at all.

The original function of a senator was to represent his STATE (not the people).

Does an increasingly brain-dead candidate fairly represent the STATE of Pennsylvania? This election will answer that question undeniably.

It seems to me that Fetterman is ‘representing’ whomever is typing the words that appear on his screen.

The state is the people.

Not in the constitutional sense. It’s the “corporation.”

I don’t think it really matters if he can understand speech or formulate a coherent thought. All he has to do is follow his instructions as a democrat senator. They will tell him what to say and what to vote for. Look at Pennsylvania’s other dem Senator.

Ughhh with proxy voting as an option, he doesn’t even have to do that.

Facts are not observed or predicted, only politically correct or not.

The ghost of Lysenko smiles. His victims, not so much.

President Trump used a handrail as a precaution while walking down a rain-slicked ramp, and, the vile, water-carrying, Dumb-o-crat media lapdogs/lackeys/propagandists went nuts mocking him for his alleged physical frailty; Fetterman displays severe physiological and cognitive infirmities common to men twice his age, and, the media praises him for allegedly being the face of disabled perseverance.

Closed captions are a common tool for people with auditory processing or hearing issues, conditions which have nothing to do with overall intelligence, neurologists say. https://wapo.s

Okay. So let’s see his old SAT or GRE or IQ scores. Or he can take a quicky IQ test right now.

Heaven forbid that a reporter actually reports what they observe!

Only evil people would object to DishBrain as a Senator. He can play Pong!

His handlers are implying that ‘closed captioning’ is some automatic speech recognition thing. While it can be that if you are sitting around watching TV, it certainly isn’t in an extremely high-stakes TV interview.

The guy wasn’t reading the questions off that screen, he was reading the answer his handlers typed there for him.

The president sets the bar, and lesser mortals need only match it.