Additionally, the state will soon seal conviction and arrest records for certain ex-offenders who maintain a clean record. 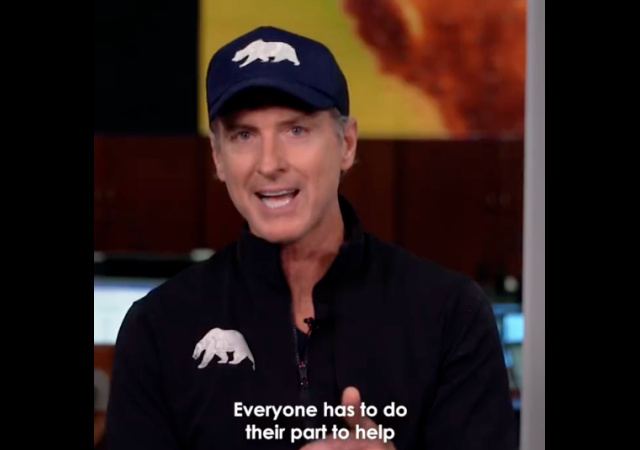 California Gavin Newsom is on a roll and has now signed legislation that will roll over protections of American children from irreversible procedures and life-altering hormonal treatments.

The new law, sponsored by Sen. Scott Wiener, a San Francisco Democrat, passed the legislature in late August. It is a response to recent efforts from some red states to ban transgender procedures and drugs for minors, and effectively sets up California as a sanctuary for those seeking to escape those laws.

One such law in Arkansas that is facing a court challenge bans “gender transition procedures,” including surgeries or drugs, for children under 18. Texas, meanwhile, is in a legal fight after its Attorney General Ken Paxton declared “certain medical and chemical procedures – several of which have the effect of sterilization” to be child abuse.

The measures seek to undo protections created by other states.

Senate Bill 107 bars doctors from releasing medical information to authorities in other states investigating families of transgender children for taking them to providers for gender-affirming treatment. It also prevents California law enforcement agencies from arresting people for violating other state laws regarding gender-affirming care.

The new law gives California courts the ability to assert custody hearing jurisdiction when a transgender child is in the state to receive health care.

But there is even more. Newsom also signed into law new rules that roll over protections Californians should have from felons. The state will soon seal conviction and arrest records for certain ex-offenders who maintain a clean record.

Gov. Gavin Newsom signed a bill Thursday night from Sen. Maria Elena Durazo, D-Los Angeles, allowing people convicted of a felony to have their records automatically sealed if they complete their sentence and remain conviction-free for at least four years. Records of arrest that never resulted in a conviction can be sealed as well.

The law “will give individuals the tools to turn the page on their past and an opportunity to build a new, better life while providing an economic boost in California, including an estimated $20 billion yearly increase to our state’s gross domestic product that it currently misses out on from widespread unemployment and under employment of those with a conviction history,” Durazo said in a statement Thursday night.

The law will take effect July 1, and excludes registered sex offenders and people convicted of serious or violent crimes. Those individuals may still petition to have their records sealed.

These two items are the low lights in a long list of laws Newsom signed this week. Florida Gov. Ron Desantis and Texas Gov. Greg Abbott should have lots of material to work with if Newsom decides to target either of those states with his silly ads and even sillier comments.

Interestingly, in conjunction with signing-off on all this woke legislation, Newsom made a few comments about Biden that are were less than supportive.

Asked whether it’s a “fool’s errand” to try and bridge the gap between the left and right, Newsom said it is at the moment.

“I mean, he’s hardwired for a different world, but that world is gone and he’s acknowledged that very publicly on multiple occasions,” Newsom said during a wide-ranging interview with host Alex Wagner.

Clearly, Newsom is thirsty for the Oval Office. Hopefully, he will experience a drought of support . . . sort of like the state he is suppose to be leading. All this destructive, woke legislation will not create the infrastructure needed to help California deal with a significant crisis.

Will he allow children under 18 to smoke too? Their body, their choice right?

Fortunately, when the last person leaves California, the lights will have long since been turned out.

Or has fat fingers.

Though it is beyond my comprehension why progressives believe mutilating childrens bodies is anything but evil.

When is he coming out with his dress amd pearls?

By the way, he’s just came out with approving kidnapping /child sex abuse/Pedofhilia with this

Can we have a wall built to keep them all in?
actually that’s the next Leftist tactic so we won’t have to.

As we’ve seen with Biden’s handlers, it only takes on clown to destroy a nation in a very short time.

So what exactly is the problem that is being “solved”? We all need to do our part?!?!? This truly is mental illness. The only time I ever came across a tranny was when I was serving jury duty and a tranny was on trial for cruelty to 22 dogs. I got released before the trial got started (thank God). Gives me the creeps.

They’re really disturbed people. Their tranvestitism is merely ONE manifestation of their emotional problems. Ask any big city cop, and they’ll tell you that the most violent encounters on the street (aside from with gang members) is with transvetites.

This makes me think that Kurt Schlicter’s novels may turn into non-fiction. Certainly the notion of sending in operators to retrieve children about to be mutilated will make sense if this law stands.

If Texas passes a law stating that any crimes, up to and including homicide, committed during the retrieval of children scheduled to be mutilated cannot be justification for extradition would that be as legitimate as this California law.

Child molesters should be sentenced to Planned Pedophilia , but, alas, with liberal license, it is socially progressive… one step forward, two steps backward.

1) Word should be spread that any tranny illegal invaders captured in border states that are part of America will be bussed [or flown] to the Peoples’ Democrat Republic of Alta California. Then do it. After all, they need more of them in SF, Sacramento, and LA.

2) All other states should note that criminal record searches for California residents or former residents of California are by law incomplete and do not reflect actual criminal history. Therefore any jobs or clearances that require a clean criminal background cannot be given to anyone who lives in or has lived in California.

I really like 2. The military needs to adopt that as well – active duty from CA? Sorry, you can’t have that top secret clearance.

Just helpin em do what they said they wanted to do. No need to thank us.

Abortion chambers and Mengele clinics. Walk like a Nazi. Nice.

Remember when we could point to barbaric countries that practice FGM and be glad we weren’t like them? Not so much anymore.

Seems like Left and Right are diverging ever further in America. How long before Red States and Blue States outlaw the other?

What is the minimum we need to do in common to secure the space to do things differently? That, plus “Y’all do as you like, but I don’t have to prop you up while you do it.” together make a standard for collaboration, I think.

Beyond that, you’re doing imperialism, which is unstable and damn expensive in the long run. Usually in the medium run. Often in the short run, even. Seems a poor approach, unless you like the drama.

Well, finally some good news. Looks like some of those felons and perverts California keeps exporting to Texas will be heading back home.

Thanks, Gavin! Now do suicide booths!

Passing a law that allows children to runaway to Cali and get a sex change without parental notification and then preventing the parents from having their kids back is a sure winner of an issue for Newsome. I wonder just how out of touch he is with Americans to think this and decide it will catapult him into contention for 2024.

The lawsuits for malpractice….. I assume the trial lawyers are salivating at that. So many of these folks regret it and justifiably so.

As for transvestites, many of these folks were sexually abused as kids and have multiple personalities. Not their fault at all. But when they turn militant and want society to accomodate all the manifestations of their mental injuries, that is several bridges too far.

EMDR is Eye Movement Desensitization and Reprocessing. I’ve spoken with 2 or three men abused as kids and they all say it helps tremendously to recover from the trauma.