“Barnes has seen a decline in the polls over recent months after facing a slew of attack ads depicting him as soft on crime.” 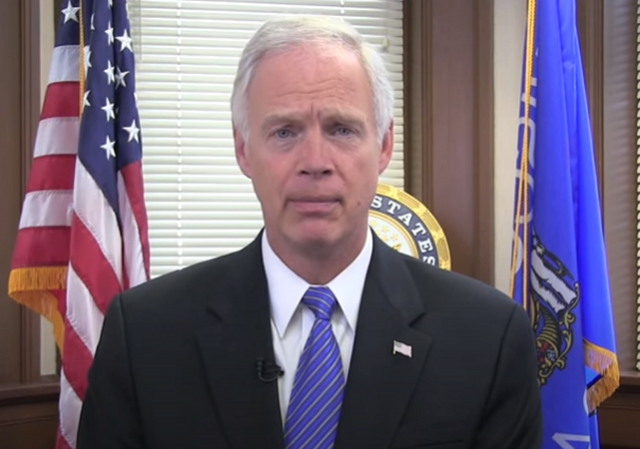 It seems the more Wisconsin voters get to know about Barnes and his ideas, the less interested they are.

The poll, whose results were released on Wednesday, has Johnson racking up support of 52 percent of likely voters, compared with Barnes’ 46 percent. The results are a jump from September, when polls showed Johnson polling just 1 percentage point ahead of Barnes, but are still within the survey’s margin of sampling error. Barnes has seen a decline in the polls over recent months after facing a slew of attack ads depicting him as soft on crime.

This race is moving in the right direction for Republicans.

A new public opinion survey in the crucial western swing state of Nevada points to a surge in support by Republican Senate nominee Adam Laxalt with just under four weeks to go until Election Day.

According to a Suffolk University poll for USA TODAY that was released on Wednesday, the former state attorney general trails Democratic Sen. Catherine Cortez Masto by just two points 46%-44% among likely voters in Nevada. That’s down from a seven-point lead for the Democratic incumbent in the previous USA TODAY/Suffolk University poll in the Silver State, which was conducted in August.

Laxalt has gained ground after his campaign and allied Republican groups have blasted Cortez Masto over the economy and inflation, and thanks in part to an increase in support among Hispanic voters.

Finally, in Ohio, things are looking good for J.D. Vance.

The Senate race in Ohio between Republican J.D. Vance and Democratic Rep. Tim Ryan has shifted from a “toss up” to one that will “lean” in Vance’s favor, according to new polling data from Decision Desk HQ.

A majority of polls, however, give Ryan a slight edge over Vance in the election. Ryan has a 0.6% advantage in Decision Desk HQ’s average polling data.

The latest poll cited by Decision Desk HQ came from the right-leaning polling firm Cygnal, which showed Vance as having a 1.9% advantage over Ryan.

The GOP can’t take anything for granted, but they definitely have a chance to take back the Senate this year.

If I were betting these days I’d take the over on inaccuracy in polling. Meaning, more and more, the polls will NOT reflect outcomes. Since Dems have fully adopted the progressive label and actively shunned liberals as well as anyone else, polls have been increasingly less predictive. People just don’t want to tell anyone else their views unless they are looking for virtue points.

The biggest issue with polling is cellphone call screening, following by “shy conservatives.” In order. Response rates have cratered across the board.

If Senator Johnson does win, then imho it is strong evidence that there’s still a modicum of hope for the USA .

Senator Johnson has stood up bravely — yes, bravely — for Americans on several issues.

On the other hand, can it truly be accurate that approximately 40% of adults in Wisconsin really do favor the party that destroyed Waukesha? Would this not be a lot like Hawaiians voting for the emperor of Japan after Pearl Harbor was bombed?

Is 37% close enough?
Of course, that was not validated actual support, but a “poll”… created out of whole cloth by the War Department. It’s an exercise to the reader whether or not today’s polls are any more representative.

Milwaukee is a liberal. Largely black city full of strife, Madison is a nightmare of “Progressive s”

They will cheat BIGLY

I live in WI. I *hope* Johnson and Michels can win, but I see an awful lot of Barnes and Evers signs in rural WI (where I live).

I don’t know who’s going to win, but an awful lot of the farmers around here have gone full leftard.

I grew up in Wisconsin and still follow politics there. Barnes has been desperately tub-thumping on abortion, which almost makes me laugh. Feel free to contradict me, but I think once you get out of MKE and Dane counties, and LaCrosse and Eau Claire, Wisconsin is culturally conservative. Not like it was in the 1950s or ’60s, but there are lots of Catholics in the state, and my guess is the abortion will backfire.

Also, the state’s population growth has occurred entirely outside of MKE, which once pretty much dictated the state’s economy and politics. Milwaukee’s collar counties are astoundingly red, somewhat counterbalanced by Dane, but not entirely.

I think Barnes will lose by double digits. Watch me be wrong.

52 vs 46 is a respectable poll lede, but unless the final result is outside the margin of cheating it’s all still clown world.

We’re seeing a full=court press across all the races about localized issues and local impact of larger issues; R-by-default, working the only way they can to push back on the BS.

In the US, the R-party as a party isn’t helping. And the D-party are seen as the problem; party-first operatives and apparatchiks. (The Feckless-R’s wish they were competent at that.) They both have earned image problems.

Too bad for them that their shenanigans have consequences in the real world, that land on us, They like runnin around talking to each other about how the world should be. Can’t really blame them; beats workin. If we let them keep doing it,now that we see what happens, that’s on us.

We are the ones that keep voting for the spineless Republicans and contributing to them, so as long as we continue to do so, I don’t expect to see change. If we are satisfied with someone who mouths pious platitudes and never delivers, are we any different from the Democrat voters in Democrat city hell-holes who nonetheless keep electing Democrats?

Gingrich’s “Contract with America” succeeded because he delivered. Yet we elect the likes of Kevin and the Turtle and wonder why we keep losing ground. Duh!

“The whole modern world has divided itself into Conservatives and Progressives. The business of Progressives is to go on making mistakes. The business of Conservatives is to prevent mistakes from being corrected. Even when the revolutionist might himself repent of his revolution, the traditionalist is already defending it as part of his tradition. Thus we have two great types — the advanced person who rushes us into ruin, and the retrospective person who admires the ruins. He admires them especially by moonlight, not to say moonshine. Each new blunder of the progressive or prig becomes instantly a legend of immemorial antiquity for the snob. This is called the balance, or mutual check, in our Constitution.”

I heard something I found believable. The polls are wrong now more than anytime in history because the amount of people remaining silent who will vote Republican is giant and has become more so due to the relentless attacks of the MSM and Dems

I would never tell some anonymous possible antifa voice on the phone my preference for GOP. I don’t want my windows broken, car vandalized as leftists seem to find acceptable.

You wouldn’t take the call to begin with. In fact, your phone’s robocall blocker might not even let it through.

He’s a good man. Maybe we will overcome the insanity with Senator Johnson reelected.

I have a very longstanding interest in polling, dating back to the 1970s when I was a subscriber to a quarterly publication from the American Enterprise Institute that included a lot of polling data.

One thing that’s happened in recent years is a rise in overtly partisan pollsters on both sides. They blow air up everyone’s pantlegs until the final 2 or 3 weeks, and then they get real for the purpose of preserving their “accuracy.” Rasmussen, Trafalgar, Gravis, Insider Advantage, Public Policy Polling, YouGov among them.

Then there are others that aren’t “partisan,” but have pronounced leans, including Marquette U, NBC/WSJ, New York Times, CBS, Washington Post among them. They also converge on reality late in the game.

One thing I look for is a poll with a well-documented lean or bias (538 is good for that evaluation, IMO) that points in an unexpected direction. If Trafalgar calls a race for a D, or Marquette for a R, that gets my attention, Marquette’s Johnson-Barnes polling being a good example.

Lately, the Real Clear Politics average (flawed, but still useful) is starting to show that the Rs seem to be winning the undecideds. The next two weeks will be instructive. Right now, RCP is at +1.5 R in the House; if that expands (which is what I expect), it’ll say a lot.

Here’s something besides Marquette U that really stood out:

Keep in mind that this poll has a R lean. Still if you’re a politics junkie (and who here isn’t?) and download the whole file, you’ll see that the Dems are not talking about what voters care about, which is the economy, crime, and the border. Abortion is a wash. The public is split 50/50 in general, and more importantly so are the independents. The two sides of that issue will cancel each other out, IMO.

Dig into that poll, and you’ll see a 50/50 R-D split on congressional control. But that’s registered voters, and at this stage the polls have pretty much shifted to likely voters, which is a much more reliable indicator. On the LV front, the Harvard-Harris poll shows Rs at +6.

I’m the numbers guy from hell, as anyone here who’s suffered through my yammering about electric cars ought to remember. I have seen no movement toward the Ds in any significant battleground race, compared with movement toward the Rs documented in the post on which we’re commenting.

One other canary in the coal mine, although I can’t say I will really believe it until the results come in, is that the R candidate for Oregon governor leads a 3-way race. I live just across the Columbia River from Oregon, and spend quite a bit of time there, and have plenty of friends there. The disgusting situation in Portland is THE ISSUE throughout Oregon. It would be hard to overstate it; crime is THE ISSUE, with everything else in 10th place.

Oregon just might elect its first R governor in 40 years. Forgive me for demanding to see the whites of those eyes, but if that happens it’ll be a very big deal. Bottom line: I sure as hell would rather be a R than a D this time around. The Democrats have been committing political malpractice for quite some time; they’re pulling the sorts of delusional bullshit that used to be the unique skill of the Republican Party.

Even when I didn’t like an election result, I have always been a huge believer in “electoral justice.” The 2020 skulduggery aside, when someone or someones lose elections, they typically had it coming, the Hildebeast in ’16 being a great example. This will be a R year; the only questions are how big, and what tactics the media will deploy to dismiss it.

By the way, I just noticed that it’s Insider Advantage giving Lake a 3-point lead in Arizona.. That poll leans D even more than Marquette University does. That’s a big deal.