Fuzzy has been a devoted part of the website almost since inception. 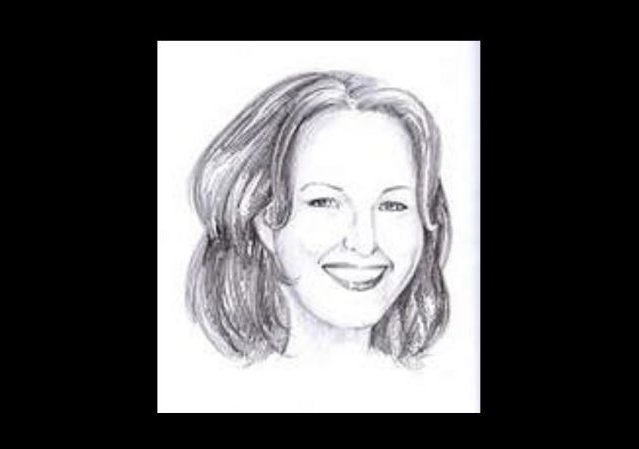 You didn’t really think I would tell you, did you?

Fuzzy was waaay ahead of the privacy curve, recognizing the threat from digital media and big tech long before almost anyone. She’s still private, so private that the only image we have of her is the drawing we use as her author photo. I used to think she was overboard on the privacy, but no more — she was visionary.

Today is Fuzzy’s 10th anniversary as an author at Legal Insurrection, joining a very small club (so far) of Mike LaChance and Leslie Eastman.

For some background on Fuzzy’s start here, and prior blogosphere life, see Fuzzy Slippers 5th Anniversary at Legal Insurrection.

One of the things that sets Fuzzy apart is that she started as a commenter at Legal Insurrection, similar to Andrew Branca. Fuzzy came here to weigh in on our Scott Brown versus Martha Coakley Senate race coverage. Her first comment, according to our archive, was January 1, 2010, regarding social media used by the candidates. At that point, Legal Insurrection was barely a year old.

And it was so like her to volunteer to help in September 2012 to help with our Empty Chair series. She also helped out, later, on launching the Elizabeth Warren Wiki.

Fuzzy’s first post at Legal Insurrection was on October 6, 2012, Launching the Election Day Empty Chair Countdown, hence this 10th Anniversary as an author. I miss those early days of the blogosphere. 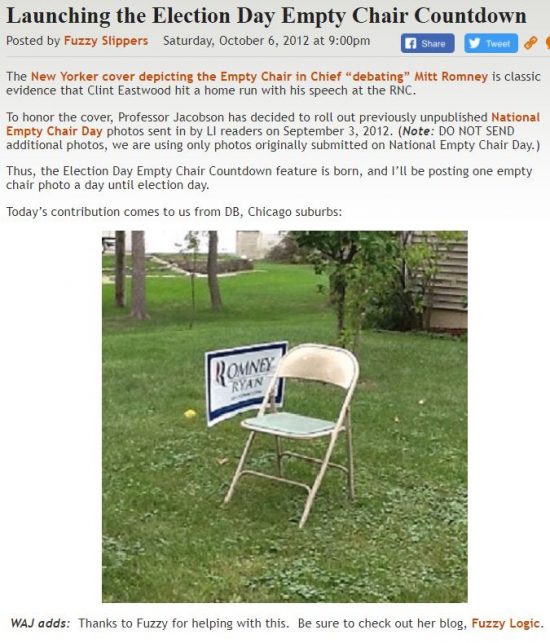 Fuzzy has had over 2100 posts since October 2012, and now is our Weekend Editor. She is our go-to author for racism-hoax posts, media bias, gender identity insanity, Democrat hypocrisy and perfidy, and the breakdown of law and order.

If I had a favorite post of hers, it’s her write up on 10 Years Later: The Brutal Murders of Channon Christian and Christopher Newsom. Bring tissues if you read it. She’s followed up on the trials of the perps. 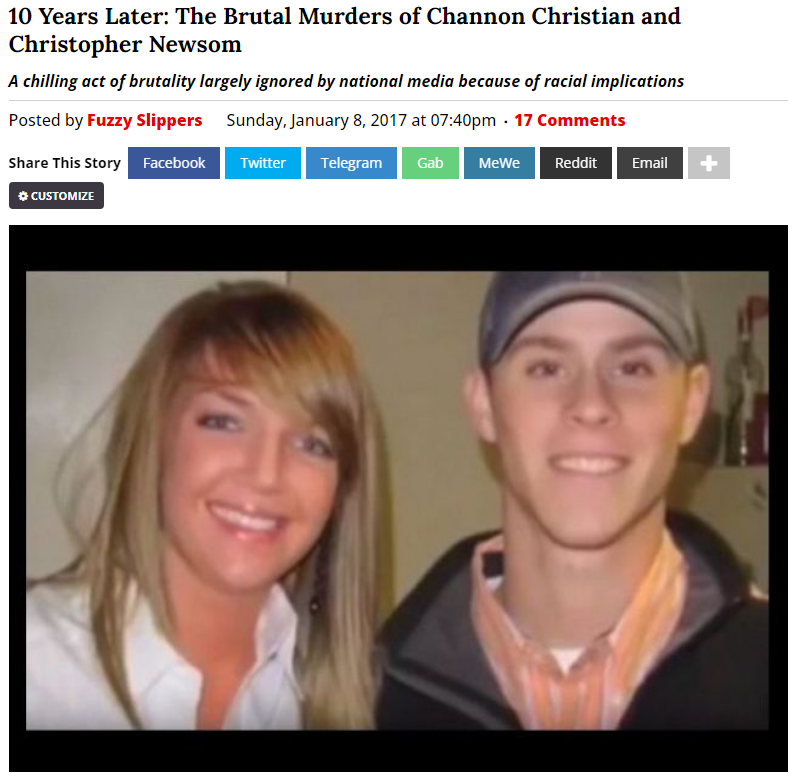 Fuzzy also has had 5235 comments. She’s a regular in and has control of our comment section, which means in many ways she has established a connection with readers unparalleled among our authors.  There is intense reader loyalty to her, as reflected in this email we received a few days ago after Hurricane Ian hit Florida:

I was just wondering if anyone has heard from Fuzzy since the hurricane hit. I know she is in Florida, but I don’t know what part and I’m hoping she’s contacted someone letting them know she is safe.

Thanks for your time. A longtime reader.

Fuzzy was just fine, thank you. But I have an issue here. How come no one ever emails to ask if I AM OKAY when Rhode Island or upstate NY gets hit with bad weather? You seem to love her more than you love me.

That’s okay. Fuzzy has been an integral part of the website almost since inception, something I have to admit I haven’t acknowledged enough. So I’m acknowledging it now.

A big congratulations and thank you Fuzzy!

Congratulations 🙂 I’ve been lurking here for about 10 years and always enjoy your spin in the comment threads. Cheers and prayers that you continue to grace LI for many many seasons to come.

Aw, thank you, Mim! That means a lot to me, truly.

Wow. Fuzzy is now a member of the lofty, prestigious 10-year club. Will you now so big that won’t stoop down to talk to us little people?

Heh, never! Besides, you’re no “little person” around here; we love you!

Way to go Fuzzy! By the sketch of you, I take it you started with LI right out of college.

I think I was still in grade school. 😛

It was right before my umpteenth 29th birthday, at any rate.

Ms. Slippers: Thank you for being here and for doing what you do.

Thank you very much! 🙂

Thank you for so many years of thoughtful and reasoned comments.

Aw, thank YOU! I hope you enjoyed my posts, too.

LI; where the Fuzz never ends …

Ten years as a contributor and more than a dozen years as a commentator. In today’s terms that’s a longevity of loyalty that’s hard to match. Hardly anyone does anything for ten years anymore. We don’t always agree but I look forward to reading your posts and commentary. It’s insightful and provides a point of view often absent from other spaces.

Thanks, Chief, this means a lot coming from you. I’ve learned so much from you and have recalibrated some of my views (or arguments, hehe) based on your reasoned evaluations and insight. That’s the good part of not always agreeing on every detail, I think.

I have a great time with Fuzzy when we dialog as part of the Legal Insurrection weekend experience! She has a real talent for finding the oasis of newsy items in the desert of weekend coverage.

I’ve wondered about Fuzzy from time to time … like why the name “Fuzzy Slippers”? Then I think to myself that’s better than “Fuzzy Onesie” – can’t get that image out of my head – like Ralphie wearing bunny jammies in Christmas Story. Nope. Not a good look. Our Fuzzy is a bit more like the “old man” (Darren McGavin) when he’s dealing with the furnace = which seems an apt metaphor for the way Fuzzy deals with liberal lunacy..

Mostly tho’ Fuzzy’s acerbic (?) wit leaves me grinning – kind of a Kurt Schlichter vibe if Kurt were into shaggy shoes. Thanks for being you, Fuzzy!

It’s weird, MrE, I never intended to be a political blogger; in fact, I wasn’t that political at all when I started blogging. I was writing about shoes, coffee, shopping, tv shows, and literally at one point, the contents of my purse (remember that, utroukx?). It was light and fun and good. But then, so were those days. If you are really interested in how I ended up being “Fuzzy Slippers,” you can read about it here.

I was always me–caustic, sarcastic, acerbic, occasionally insightful . . . but about shoes. 😛

Happy Anniversary! I’ve always enjoyed your input to this valuable source of information.

Congrats, Fuzzy! We’re grateful for you!

Aw, thanks, Kemberlee! I am ever grateful for you! <3

I’ve been a follower of Fuzzy since 2006 when she used to blog about shoes. She is what led me to Legal Insurrection in the first place. Happy anniversary, Fuzzy!

Thanks so much, utroukx! I think I will always miss those 360 days, and I will certainly never forget the fun we had or how amazing you are.

Yay Fuzzy!!! From one DeSantistani to another, I’m glad you made it through Ian, and look forward to decade number two!!

Woohoo! Thanks, Owen. You are always such a breath of fresh, FREE Florida air! 🙂

What a banner year for this site. I looked up the traditional 10th anniversary, it’s aluminum. How about a nice roll of Reynolds Wrap for everyone this year who hit that milestone. I don’t mean 75 feet. I don’t even mean 200 feet. I’m talking 225 feet that only Walmart sells.

Hello, is this thing on?

Thanks so much! And hey, aluminum foil is always awesome, so many uses. I’m still waiting for the duct tape anniversary, though. 😛

For you, Fuzzy, nothing but the best — Eternabond RV roof mending tape.

Perfect! I can use that to hold down those annoying flaps on my tinfoil tiara. 😛

I just love Fuzzy Slippers! Congratulations on ten year anniversary! And may you long continue to be part of Legal Insurrection.

Aw, thanks, Peabody. I have to say that your comments often brighten my day. It’s so nice to read you and Grizz bantering and punning (I’m a sucker for a good pun) and to grab a smile from you.

Congratulations on reaching this milestone! Many happy returns!

Here’s to many more.

I love this post so much.! What can I say but “Thank You” to Professor Jacobson.

Yes, he’s my boss, but you all know me, if he wasn’t the real deal, I wouldn’t be here.

Heh, okay, I really don’t know what to say, but I am touched to my soul and so so happy!

That’s a nice sketch of Ms. Skippers. I always look forward to reading her commentary. Long may she write.

I had meant to write “Ms. Slippers,” obviously! 🙂

Thank you Fuzzy for all you do for this site. It’s been an island in a storm, a storm that seems to be a category 10+ these last 2 decades…

Thanks, gonzo! I was just commenting to Leslie about how the time seems to have flown by on the one hand because LI is such a wonderful “place” to be and how much has changed in the country for the worse in that time.

And I might add that Channon and Christopher have NEVER gotten their due, nor could they ever, but with that said…. What happened to them should have sent waves of disgust and retribution throughout this land. The media didn’t want to touch it.
It was so horrible, I still think of them, I can’t imagine their families thoughts.

Heh, no, and I”m not animated footwear, either. That drawing was done by an amazing artist named Fanta (she’s Spanish, if memory serves) from a photo. It’s a pretty good likeness . . . or it was a decade ago! Heh.

Congratulations FS, and thank you.

Thanks Ira! And you are most welcome; I love writing and always hope that my posts are good reads.

Fuzzy Slippers, congratulations on your 10th at LI! Stay fuzzy!

I’ve been here a long time and Fuzzy is my favorite 🙂
But everyone else is a really, really close 2nd.

Thanks, Barry, and right back at you. 🙂

Thank you for all you do.

Honestly when I contemplate the salaries of MSM hacks vs the people who bring me real news (LI, Weasel Zippers, Ace of Spades) something is truly wrong with this aspect of the free market. You guys should be balling with Elon

Thanks, Andy. While I would love to make a six-figure salary, I would not sell my soul to do it. One day we’ll figure out how to earn the big bucks, but in the meantime, I’m happy where I am . . . with all of you!

Congratulations! And many thanks for the immense amount of effort you put into LI!

Congratulations. Always appreciate that you cover the weekends. So few places have current up to date issues related content on the weekend. Thank you for all you do.

Thanks, ghost dog! We really try to cover important and newsy stuff on the weekends, too, including finding local stories that aren’t getting national coverage (but should).

Well, Queen Elizabeth may be gone, but we still have you!

Thanks, Mike! I’m almost used to you being Mike now and not Aleister. 😛

Thanks, Valerie, and likewise.

I don’t comment very often but I always read the articles. I love the ones by Fuzzy Slippers very much.

Also love Professor Jacobsons and Mike LaChance. Quite the talented staff has been assembled here and I appreciate them very much.

Prof. Jacobson asked the rhetorical question, “How come no one ever emails to ask if I AM OKAY when [Ithaca] NY gets hit with bad weather?” The answer is that Ithaca is hit by bad weather 50 out of 52 weeks a year. The other two weeks are when the prospective students, prospective faculty, and prospective blog editors come for a visit. This has been true for a century and is not a result of climate change.