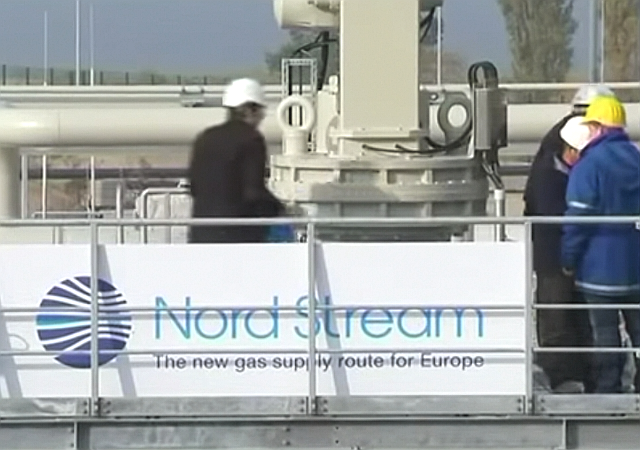 As Europe burns its natural gas reserves to survive through the dark and freezing winter months, the Continent is set to be hit by a real energy crunch early next year, the Paris-based International Energy Agency (IEA) believes.

“Europe may face an even more acute energy crunch next year after draining its natural gas tanks to get through the cold of this winter,” Reuters reported Wednesday, citing the IEA.

While the IEA assumes that Europe will scrape through the winter thanks to its gas reserves, the latest data from Germany is more worrying. The German agency charged with monitoring energy consumption, Die Bundesnetzagentur, has raised the alarm over the country’s high gas usage despite the disruption in the Russian supply.

“According to figures from the [German energy] supervisory authority, the gas consumption by private households and small commercial customers in the 39th calendar week was 618 gigawatt [sic] hours, almost 10 percent above the average consumption level for the years 2018 to 2021,” the German public broadcaster ZDF reported Wednesday.

“The situation could become “very serious” if we don’t significantly cut our gas usage,” emphasized [head of the authority Klaus] Müller,” the news outlet added.

Europe may face an even more acute energy crunch next year after draining its natural gas tanks to get through the cold of this winter, the head of the International Energy Agency said on Wednesday, as the EU looks for ways to ease the crisis.

European countries have filled storage tanks to around 90% of their capacity after Russia cut gas supplies in response to Western sanctions imposed over its invasion of Ukraine.

Gas prices , which surged in the months after the invasion in February, have retreated. But that could be short-lived as countries compete to buy liquefied natural gas (LNG) and other alternatives to Russian pipeline deliveries. (…)

“With gas storages almost at 90%, Europe will survive the coming winter with just some bruises as long as there are no political or technical surprises,” said Fatih Birol, executive director of the Paris-based IEA.

The real challenges facing Europe, which had historically relied on Russia for around 40% of its natural gas, will begin in February or March when storage needs to be refilled after high winter demand has drained them to 25%-30%.

“This winter is difficult but next winter may also be very difficult,” Birol told journalists in Finland.

Almost a week after Russia’s gas supply to Europe was disrupted by irreparable damage to Nord Stream 1 and 2 pipelines in the Baltic Sea, the European Union is effectively putting Moscow out of the European energy market by imposing a price cap on Russian oil exports.

“Russia’s oil exports are set to be capped after the European Union’s 27 member states agreed on a new sanctions package on Wednesday,” German TV channel DW News reported. “The move hopes to deliver a blow to Russia’s oil revenues amid its ongoing war in Ukraine,” the broadcaster commented.

Last month, Russian President Vladimir Putin threatened to “freeze” Europe if the EU went ahead with a price cap when his energy revenue started skyrocketing following his invasion of Ukraine.

Putin isn’t making empty threats. Despite the disruption of the Nord Stream pipelines, Russia still remains a player in the European natural gas market. Russian gas can still flow into Europe via the Russian pipeline running through Ukraine, and the TurkStream pipeline, which supplies Turkey and southeastern Europe.

The EU and European governments worry as cities across the Continent witness massive protests against the soaring cost of living and high energy bills. The German police are preparing for a “state of emergency,” as they fear mass-rioting and political unrest if the country descends into chaos in the wake of nationwide power cuts and blackouts.

(Excerpts from German media reports translated by the author)

Your attempt at sarcasm is terrible. The irony of course is that investment in those things would actually help and has helped. Energy resilience in Europe is much greater precisely because of widespread investment in green tech, sure you could claim that Germany should have invested in nuclear but that’s still not an argument against investment in wind, solar and hydro is it.

My father spent the winter 1944/45 in a very cold German stalag. I wish he could have lived another two years to enjoy seeing this.

Would he have enjoyed seeing that? Most WW2 veterans didn’t hold the grudge that long; these people went through total hell against one another https://www.youtube.com/watch?v=v5R-aVg6iZ4

Considering what they went through at the hands of their enemies, many vets never forgave nor forgot. It’s just the way it is.

So did one of my uncles.

Great guy, but prone to violent outbursts. Nobody understood what PTSD is at that time

This is what happens when watermelon politicians listen to watermelon “scientists.” The technology is not there and never will be there for ruinables. When will the voters figure this out and throw these politicians out of office? A cold winter might do the trick.

Doesn’t Germany have coal reserves? If not, can we redirect some of the coal we send to China?

They don’t just have coal, they have lignite. Dirtiest burning hydrocarbon known to man.

Yes, they do. But since Merkel decommissioned all of the coal powered electrical generation plants and converted the remaining over to gas they have no practical means of using the coal. And it would take too long to convert back to coal electrical generation plants even if they could. No matter what they do Germany is looking at a very dark and cold Winter this year and for the next several years at least.

I wonder how popular is Brandon in the EU now.

I wonder how popular Brandon will be in the EU at the end of Jan, 2023.

Trump should erect some ‘warming tents’ on his various resorts around the EU.

What happened to global warming?

Shhhh! There you go… Noticing Things.

I just read that German engineers have found a solution. They are going to manufacture neon green body suits to wear on the subway on really cold days.

Is that their final solution?

The real fun starts next spring when they will have no fertilizer for their agriculture since they already cut production of that. That means they’ll have a gas shortage AND a food shortage.

I’m sure all those Muslims they brought in will be a great comfort to them as they share the crisis together.

I’m sure all those Muslims they brought in will be a great comfort to them as they share the crisis together.

More like this will be their call to conquest. What better time to do it, when the infidels foolishly create conditions ripe for it?

They will be reduced to eating bugs. Gourmet versions are now available

The French already eat snails. They can educate the Master Race on preparation.

Even bears don’t eat snails—gotta have some meat.

All I want for Christmas is a Green blight, coup with “benefits”, and sanctions with consequences.

Stand in a big circle holding hands and wish really hard this time for it to get warm.

It will work, all you have to do is believe in the magic.

Can you feel the warmth coursing in your veins yet?

Freeze to death in the dark.

Survivors will starve next year.

More people will die from the consequences of Green Cult actions to date than will ever die from man-made Climate Change in the future.

Well, since the green cult is just a bunch of watermelon communists, it fits historical patterns. Communists have always specialized at different forms of mass murder.

The next exercise will be the side straddle hop

If they had been arming and aiding Ukraine since 2014, none of this would be happening

The CIA reportedly informed the Germans of a risk to the Nord Stream pipelines. Fat good that did. Sort of like telling someone they’re going to be pole axed as the hammer is going down. All that suffering, misery, disease and death didn’t have to happen. But Orange Man bad and Single Neuron Man good.

It’s the feel good story of the year.

I call bu ll crap on this clickbait headline!. Winter hasn’t even started here yet and like the rst of the Northern Hemisphere it starts on Dec 21st. Last month NG storage in EU was 80%, this month it’s 90%. We NVER, EVER use it all!!

Germany has THREE new LNG terminals, The Netherlands 2, and Belgium 1 and ALL are disembarking NG as write. There is one new pipeline crossing from Norway to Europe and 2 new pipelines in southern Europe which all just started up this month.

If this winter in Europe is as mild as the last 6 winters we are not gonna have any energy problems….NONE!

That still doesn’t give the whole picture as what amount of the needed energy can be satisfied with the stored reserves and shipping. If all of this storage is so adequate … then why the concern by the governments?

They’re looking at continent-wide riots and blackouts and they added a new round of sanctions? The morons running Europe really are suicidal.