A much better solution than putting water restrictors in the homes of “water wasters”. 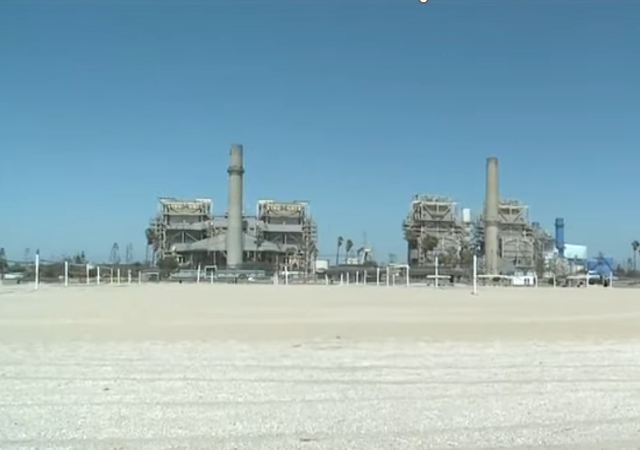 How bad is it out there for the Democrats, as we head into the November mid-term election?

A new data point is suggestive that the political environment is absolutely wretched for them. So bad, bureaucrats have finally agreed to a much-needed infrastructure project that has been stalled for years by environmental activists.

California regulators this week approved a $140 million desalination plant that could convert up to 5 million gallons of seawater each day into drinking water, as the state grapples with a persistent megadrought and plummeting water supplies.

The state’s Coastal Commission on Thursday voted 11-0 to approve the Doheny Ocean Desalination Project in Orange County in Southern California. The plant could be functioning within the next five years and supply water for thousands of people in the South Coast Water District.

The approval comes as record temperatures and drought conditions have forced states like California to address a future with dwindling water supplies.

The commission unanimously approved plans for the plant in Dana Point, despite rejecting a similar facility just five months earlier that was proposed for Huntington Beach.

The Dana Point project would utilize several slant wells to “collect seawater from beneath the seafloor to provide source water to the facility,” according to a commission staff report.

The facility would also use a “brine discharge system that would route the facility’s effluent to the South Orange County Wastewater Authority’s nearby wastewater treatment plant,” according to the staff report.

Other similar facilities are being considered.

Tom Luster, a senior environmental scientist on the Coastal Commission staff, said the state is studying locations where similar plants might be feasible.

“This could be replicated at a number of places up and down the coast,” Luster said. “It’s a fairly small-scale facility, but it provides for the local needs and it frees up water for other communities.”

Connor Everts, executive director of the Southern California Watershed Alliance, said he opposed the project because he did not think the water district had done enough around water conservation and reclamation.

“The reality is we save more water than these plants produce,” he said. “When we save water, we save energy and we don’t harm the environment.”

Lydia Ponce, an activist with the Society of Native Nations, said similarly that she was concerned about the long-term environmental effects of the brine discharge. She said officials should have exhausted all other options first.

However, these plants are a much better solution than putting water restrictors in the homes of “water wasters“.

The move is a heartening sign that people are beginning to distance themselves from the eco-activist insanity that seems to worsen with time. Additionally, I will note that Gov. Gavin Newsom has been roundly criticized for the state’s poor response to the drought…and if he has national ambitions, more robustly resolving them would be helpful.

Given the likely results of November’s election, Newsom may decide to distance himself from environmental extremists, and climate alarmists is just the ticket! Some choice examples for your consideration:

What happens when the sea level drops

Now, California… where will you get the electricity to run it?

Oh, you didn’t hear all the good news.
The facility will be 100% solar stills!
And windmills, but just to make them look pretty.

Buy lots of batteries from China.

“What happens when the sea level drops”
Guam capsizes, ya dipshit.