“I hope it sends a message to UNT and universities across the country. Maybe it will be a wake-up call, but I think it will take a lot more of these incidents because this is all too common.” 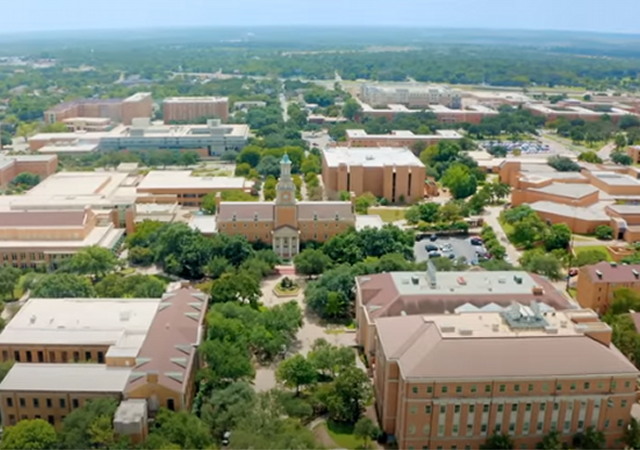 Earlier this year, a math professor named Dr. Nathaniel Hiers was fired by the University of North Texas after leaving a comment on a chalkboard that made fun of microaggressions.

Professor Hiers sued the school. In April, a court ruled that the lawsuit could proceed. The school has now settled with him.

In a victory for free speech on public university campuses, the University of North Texas has agreed to pay $165,000 in damages and attorneys’ fees for violating a math professor’s First Amendment rights when it fired him for writing a joke criticizing microaggressions on a chalkboard in the teachers’ lounge.

Alliance Defending Freedom attorneys represent Nathaniel Hiers in his lawsuit against the university. After discovering flyers in the mathematics department’s faculty lounge about “microaggressions,” Hiers jokingly wrote on the chalkboard, “Please don’t leave garbage lying around,” with an arrow pointing to the flyers. The following week, the head of the math department fired Hiers by cancelling his contract to teach in the spring, admitting that he fired Hiers because he criticized the flyers and didn’t express “honest regret” about his actions.

“The First Amendment guarantees Dr. Hiers—and every other American—the right to express his viewpoint without government punishment,” said ADF Legal Counsel Michael Ross. “We’re pleased to see this case settled favorably not only for Dr. Hiers but also to help protect freedom of speech for every student and teacher at public universities across the country.”…

The Texan has more:

“It was a joke, but there are good points to be discussed and the university should have those conversations,” ADF Senior Counsel Tyson Langhofer told The Texan.

The settlement did not include any re-employment of Hiers by UNT. Hiers is teaching, but not at the university level, Langhofer said.

“This petty disagreement has impacted his career. It is competitive to get these positions and his track was cut off.”…

The settlement agreement did not include any requirements that UNT conduct training to prevent violations of the faculty members’ First Amendment rights, but Langhofer would love to see such training at UNT and around the country.

“I hope it sends a message to UNT and universities across the country. Maybe it will be a wake-up call, but I think it will take a lot more of these incidents because this is all too common.” Langhofer expressed.

“We hope this is the first step in the university restoring its role as a marketplace of ideas rather than an echo chamber for one viewpoint,” he added.

“The right to free speech is for everyone. We need as a society to continue to hold those in power accountable for upholding the First Amendment,” Langhofer emphasized.

“Microaggressions” are most keenly felt by macrowussies.

I might have meant to use a “p” in that last word….

Microagressions: agressions so small they can only be seen with a high power microscope. Even then, you must use your imagination to conjure up the worst possible evil intentions in the wicked heart of the evil and vile white person.

Microaggressions can only be detected by very small people with low self-esteem. And certain lawyers.

Should have held out for more money. That’s nothing to UNT.

Chewy is correct. UNT agreed to pay what amounts to nuisance value. Meanwhile this guy’s teaching career has taken a big hit. He should have received $165k annually for 5-7 years while he either finds similar employment or re-trains for new career. UNT needs a much more pronounced bloody nose and black eye.

The LI post stated that he found employment but not at the university level. Which means to me that his career as a math professor has been permanently ended.

If the settlement didn’t include reemployment for the professor, it should also have included termination for one or more administrators.

The number should have been at least ten million, that might have been enough to make them wince.

165k is not that much….not sure they will learn anything

Hmmm. Texas you say. I’ve been led to believe that this only happens in CA?

Only 165k and no re-employment? Shouldn’t have settled.

Charges of microaggression settled with a microsum of money.

This is a nuisance settlement. I don’t see this news as a meaningful victory.

The guy had a lousy lawyer.

The article would have been more informative had it specified what was described as “micro-aggressions” in the flyers. We can only imagine as it stands.

Note that this idiocy happened in Texas, which demonstrates how deeply the vile and totalitarian Dumb-o-crats’ obnoxious cultural Maoism and moral rot have metastasized in even conservative states.