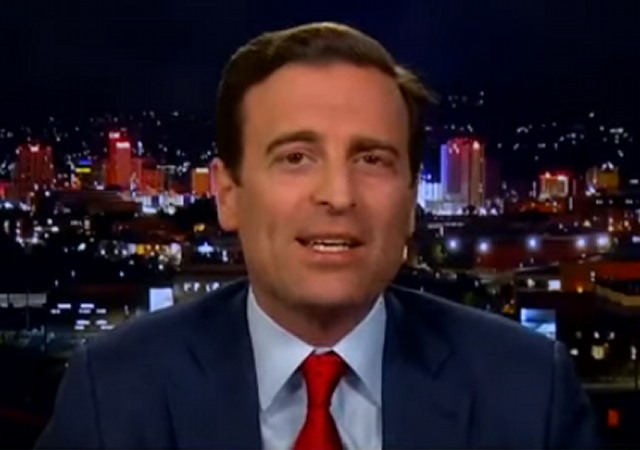 In the race for U.S. Senate in Nevada, the GOP has a real chance for a pickup with Adam Laxalt, the state’s former attorney general. The Real Clear Politics average of polls gives Democrat Catherine Cortez Masto a lead of only 1.7 points. They rate the race as a tossup.

Once again, it is Hispanic voters who could make the most significant difference.

In a volatile midterm election where Democrats have unexpectedly taken the lead in crucial battleground states, Republicans have found a glimmer of hope in their quest to seize control of the Senate.

Eight weeks before Election Day, they’re within striking distance of capturing the seat long held by the late Democratic titan Harry Reid before Sen. Catherine Cortez Masto won it in 2016.

Cortez Masto may be the most endangered Democratic incumbent in this cycle, even though her party hasn’t lost a Senate race here in a decade. While Democrats still project confidence, polls show a dead heat despite massive spending by Cortez Masto and an early assault of negative ads designed to tarnish rival Adam Laxalt.

“This is definitely our best opportunity at any point in the last 14 years,” said Jeremy Hughes, a Republican consultant who has worked on many Nevada races.

Hughes cited GOP gains in voter registration, a trend of Hispanic voters drifting away from Democrats and rising prices of gas and food as the key forces propelling Republicans.

The Hill was even franker in their analysis of this race in a recent article:

Democrats are bracing for a nail-biter in Nevada’s Senate race, a true toss-up that could determine whether the party retains the majority in the upper chamber.

While Cortez Masto has shown a competitive fundraising advantage, including raising more than double the amount Laxalt raked in during the second quarter this year, polling shows the Senate race will be close.

“This is the most important race on the map for Republicans or Democrats,” said one GOP strategist familiar with Nevada politics, later adding, “in Laxalt, you’ve got a candidate who can carry the change message very clearly, unify all clans in the Republican Party and is running a good race.”

Laxalt is wisely keeping his focus on economic issues. A quick look at his Twitter feed shows this:

While Nevada is the battleground state being hit the hardest by gas prices & inflation, Biden and @CortezMasto are celebrating “reducing inflation” today.

Their elitist leadership couldn’t be more out of touch.

They party while you pay the price.https://t.co/vm8yxHCkRw

Their "Build Back Better" policies are still bankrupting Americans.

My opponent @CortezMasto is the most endangered Democrat incumbent because Nevadans have had enough with policies that have made our economy worse and are ready for a Senator who isn’t a rubber stamp for Joe Biden. pic.twitter.com/lulOfYFAtX

Laxalt has been endorsed by Trump and Ron DeSantis.

Only way republicans keep senate is if they cheat

All the cheating, just like the systemic racism, is found on the left side of the aisle.

Republicans have to win with a large enough margin to overcome the cheat factor.

Given that you used the word “keep,” I’m assuming you just made a big “thinko” when you typed the party name.

Nv has bene known for its crooked election for years that’s why Dingy Harry would win.

How do we get enough transparency that the ballots rolled up reflect the way people want to vote?

Not mentioned in the article – the Dems made permanent unsolicited mail-in ballots to all registered voters, with ballot harvesting permitted. This is in addition to two- week early voting by machine. Also, Laxalt’s primary opponent, Sam Brown, is actively campaigning for him.

Careful of those polls. I read yesterday that the same polls that were wildly wrong the last few elections are the same being relied on in the same districts now