Report: University of Cambridge ‘Benefited From Companies and Individuals’ in Slave Trade

Report: University of Cambridge ‘Benefited From Companies and Individuals’ in Slave Trade 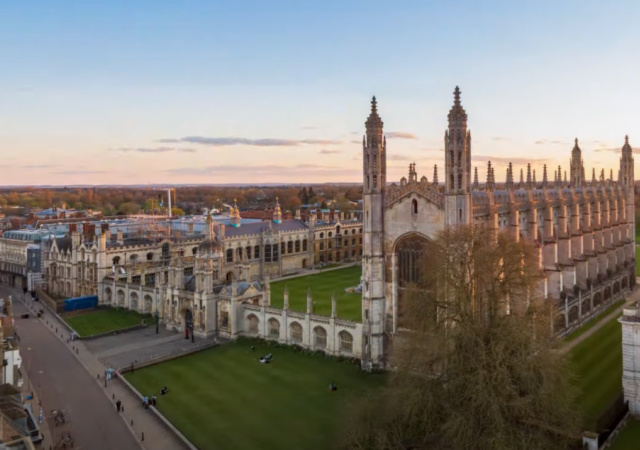 I still hear silence from Yale. But overall, this is getting so old. We might as well ban all schools before 1900. Sure glad I didn’t go there for my graduate degree like I always wanted to!

The University of Cambridge received “significant benefits” from slavery, a report has found.

The study was carried out by the Legacies of Enslavement Advisory Group, appointed in 2019 by the university’s vice-chancellor, Stephen Toope.

It found the university and its colleges benefited from companies and individuals participating in the trade.

Prof Toope said it was “inevitable” a university “as long-established as Cambridge” would have links to slavery.

Researchers found that fellows from Cambridge colleges were involved with the East India Company, while investors in the Royal African Company also had links to Cambridge, with both companies active in the slave trade.

The university also received donations from investors in both companies, and directly invested in another company active in the slave trade, the South Sea Company, the study revealed.

“Such financial involvement both helped to facilitate the slave trade and brought very significant financial benefits to Cambridge,” the Legacies of Enslavement report said.

Following its investigation, the group has made a series of recommendations, which the university said it would implement.

These include setting up a dedicated slavery research centre, and enhancing existing academic links with universities in the Caribbean and West Africa.

It will also look at increasing the number of postgraduate scholarships and bursaries for black British students and students from Africa and the Caribbean, as well as commissioning a piece of art commemorating the achievements of black academics in the university.

Waste of time and money.

I don’t believe Mike Rowe benefited from slavery at all. Just putting this out there.

You work for an institution that ‘benefited’ (watch for that word, it’s a tip-off of racist crybaby whining to follow) from (gasp!) … slavery? OM OM OM!

Do the right thing then. Give up everything. Give your house and money away to some random Black family. Move to Haiti and spend the rest of your life serving the poor. Nothing can wipe the horrible stain of Slavery from your pathetic racist soul, but it’s a start.

If you’re so insincere as to not do that, kindly STFU