It might be too late for the Bronx DA. 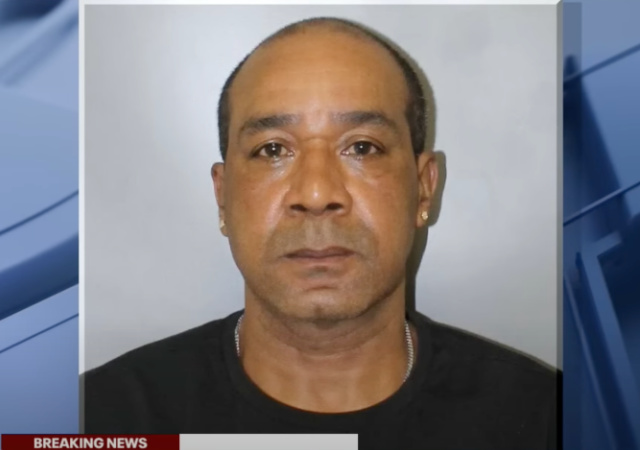 Bronx prosecutors want a grand jury to upgrade charges against Van Phi Bui, 55, who sucker-punched a man into a coma.

But the prosecutors have only asked the grand jury to do this after The New York Post outed the office for downgrading the charges to misdemeanor charges that did not require bail even though the cops arrested him for attempted murder!

It’s not just that the Bui almost killed Jesus Cortes, 52, but Bui is a convicted sex offender out on lifetime parole. The parole board released him in 2019 as a Level 3 sex offender, the most severe designation, after being convicted of first-0degree sex abuse of a 17-year-old girl in 1995.

That’s when the police rearrested Bui, claiming the original arrest “was a violation of his lifetime parole.”

Now the prosecutors want to charge Bui with a felony:

Bui was back in court Tuesday for a scheduled hearing in his assault case. The Bronx District Attorney’s Office told the judge it is asking a grand jury to have the misdemeanor charges against the suspect upgraded to a felony.

A felony charge would be bail-eligible and could help keep Bui behind bars while also increasing any potential prison time for him if he is convicted. It was not clear what the sought felony charge was or how many felonies Bui could face.

The grand jury was considering the prosecution’s request Tuesday, with Bui declining to testify, a Bronx DA rep said after the court hearing.

It might be too late for the prosecutors, though:

A previous lawyer for Bui said at a recent parole hearing that it would be unfair for his client to face upgraded charges, claiming such raps would be the result of “outside pressures from the press and the governor.”

The suspect’s current lawyer, Casey Trimble of the Legal Aid Society, appeared in court Tuesday with a black leather briefcase with silver lettering that read “Free Them All.”

He objected to courtroom photography by The Post, calling articles covering his client “grotesque” and “tantamount to character assassination.”

Trimble opposed prosecutors’ request Tuesday to amend the already in-progress order of protection for the 52-year-old victim, Jesus Cortes, to include the pummeled guy’s family, who live in the same neighborhood.

The doctors had to put Cortes on a ventilator and place him in a medically induced coma. The attack caused his brain to bleed and left him with a fractured skull and broken cheekbone.

Thank goodness Cortes survived. The doctors took him off the ventilator a few weeks ago, and he could speak to his family.

New York is obsessed with eliminating bail. Bronx District Attorney Darcel Denise Clark is not backed by George Soros like Manhattan DA Alvin Bragg, so I don’t know her motivation.

It’s weird because, in January, Clark promised to “continue to treat incidences of violent crime with the utmost seriousness and will do everything possible to protect the people of the Bronx from violent criminals.”

The punishment for third-degree assault is up to one year in prison. The judge could sentence the person to three years probation, though.

Second-degree harassment in New York is considered a violation, not a crime. The punishment is up to 12 days in jail. But most of the time, a violation “will resulting a ‘time-served sentence, which oftentimes is no jail time at all, or just the time spent in arrest processing.”

Why does it always take backlash before these Soros lackeys do the right thing? Remove them from office people.

As noted in the post, if you’d bothered to read it, Clark is not backed by Soros.

How can the article writer be sure? The money flows in mysterious ways.

Because Soros does not hide his donations. He’s proud of them.

I live in NYC – the people here a lunatic leftists

Leave the big cities, they no longer belong to us, they belong to the criminally insane, find a small town where law is still being upheld

No! Y’all stay the hell away from my small town.

Even lunatic leftists want protection from convicted sex offenders who attack people for no reason.

Don’t they have any instinct for self preservation?

Really? Did Bui have an interest in cold-cocking Cortes and putting him into a coma? Because he did.

Why isn’t this guy back in jail for violation of his “lifetime parole”?

Then there should be absolutely no reason to protest the protective order.

He objected to courtroom photography by The Post, calling articles covering his client “grotesque” and “tantamount to character assassination.”

It would only be character assassination if the facts were being misrepresented (see Kyle Rittenhouse or Nick Sandmann for reference). .

Bui still has the opportunity to defend himself from the felony charges, so I don’t understand why pressure would matter. It’s only a charge, not a conviction.

But of course I do understand, and the defense thinks there’s some sort of agreement to allow this ass out to terrorize communities, after all he doesn’t seem like a conservative.