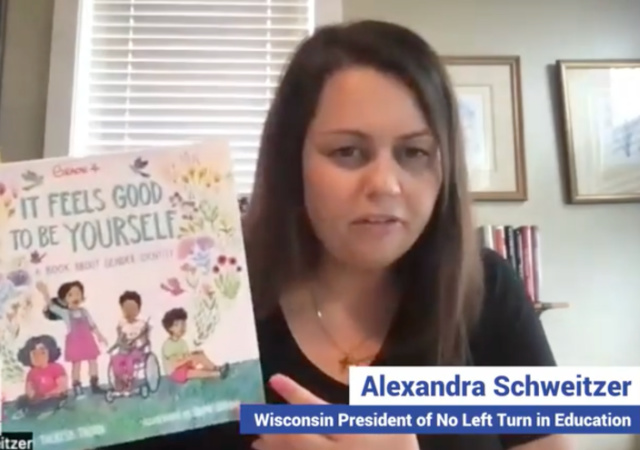 A school district in Wisconsin is proposing a curriculum that would expose elementary-aged students to topics on gender and sexual orientation.

Progressives in education have pushed the public to the limit on this, and there will be blowback.

A school district in Wisconsin is proposing new “Human Growth and Development” curriculum that would include gender lessons for children as young as kindergarten, and lessons for third-graders about gender identity, sexual orientation and pronouns.

The updated curriculum will be presented to the Wauwatosa School Board on Monday for an initial overview, and the vote for final approval will be held later in August, according to a letter regarding the curriculum on the school district’s website.

Alexandra Schweitzer, the Wisconsin president of No Left Turn in Education, said she has had dozens of parents reach out to her about the proposed curriculum, which is labeled Human Growth and Development, but she said is really sex education.

Not only is this not appropriate material for kids this age, but it also takes time away from the most basic skills which must be taught in these grades.

Dan O’Donnell of the MacIver Institute has more specifics on the program:

The series of five lessons for kindergarteners, who are typically five or six years old, starts innocuously enough with a discussion of students’ family structures and helping them “identify different kinds of family structures.” By Lesson 2, however, the children should be able to “understand gender role stereotypes and define gender.”

To aid in this, teachers will read “Sparkle Boy,” a 2017 children’s book described on its Amazon page as “a sweet, heartwarming story about acceptance, respect, and the freedom to be yourself in a world where any gender expression should be celebrated.”

By Lesson 3, kindergarteners will be able to “identify the medically accurate names of external body parts including the genitals.” Teachers will implement the Understanding Our Bodies lesson plan, whose goal is to have students “be able to correctly identify at least three body parts of a female-assigned person, namely the nipples, vulva, and anus” and “at least three body parts of the male-assigned person, namely the nipples, penis and anus.”

The movement of parents fighting woke school boards will only grow in size and strength. They are, after all, the people who pay for the schools with their taxes. They deserve the final say.

This calls for action by terrorists parents and taxpayers. And no. It does not involve being polite.

The idea is to make kids choose a sexual orientation before the attraction of heterosexual attraction kicks in.

What the heck is a “female assigned person?” Is that a women (a real one), or someone who thinks they are a woman?

Will they start defining “birthing people” and “menstruating and pregnant men?”

Howsabout they stop spreading their mental problems to children?

Is there any difference between brainwashing and grooming? I don’t believe so.