In addition to Spain, “Waves of needle pricks at nightclubs and musical events also have confounded authorities in France, Britain, Belgium and the Netherlands.” 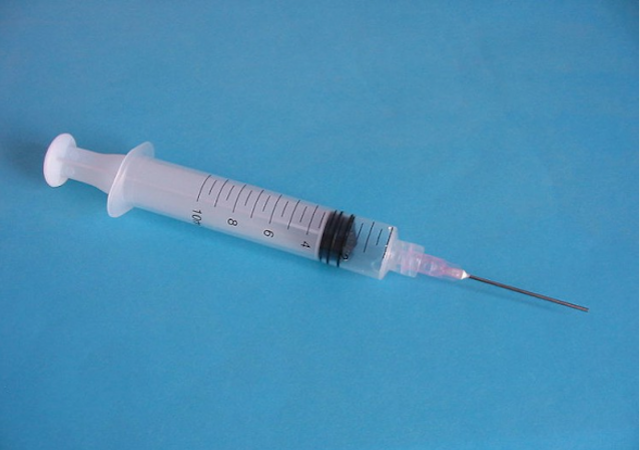 The European press is reporting on disturbing numbers of needle prick assaults on women who are at nightclubs or attending parties.

Across France, more than 300 people have reported being pricked out of the blue with needles at nightclubs or concerts in recent months. Doctors and multiple prosecutors are on the case, but no one knows who’s doing it or why, and whether the victims have been injected with drugs — or indeed any substance at all.

Club owners and police are trying to raise awareness, and a rapper even interrupted his recent show to warn concert-goers about the risk of surprise needle attacks.

It’s not just France: Britain’s government is studying a spate of “needle spiking” there, and police in Belgium and the Netherlands are investigating scattered cases too.

Spain is the latest country to report significant numbers of “needle spiking.”

Police in Spain are investigating about 50 reported cases of women getting pricked with medical needles while at nightclubs or parties, a trend that previously came to the attention of authorities in other European countries.

So far, Spanish police have not confirmed any cases of sexual assault or robbery related to the mysterious jabs. Police said that 23 of the recently reported needle attacks were in northeast Spain’s Catalonia region, which borders France.

Waves of needle pricks at nightclubs and musical events also have confounded authorities in France, Britain, Belgium and the Netherlands. French police have tallied over 400 reports in recent months, and said the motive of the jabs was unclear. In many cases, it also wasn’t clear if the victims were injected with a substance.

While most of the victims have been women, there have been some men who were pricked. The youngest victim a 13-year-old girl who was with her parents when assaulted.

Spanish police so far have found evidence of drugs in one victim, a 13-year-old girl in the northern city of Gijón who had the party drug ecstasy in her system. Local media reported that the girl was quickly taken to hospital by her parents, who were near her when she felt a prick with something sharp.

In an interview with national public broadcaster TVE that aired Wednesday, Spanish Justice Minister Pilar Llop urged everyone who thinks they received a shot without their consent to go to the police, since being stabbed with a needle “is a serious act of violence against women.”

Spanish health authorities said they were updating their protocols to improve the ability to detect any substances that were possibly injected into victims. The toxicological screening protocols call for blood or urine tests within 12 hours of a suspected attack, Llop said.

The guidelines advise victims to immediately call emergency services and go to a health center as soon as possible.

Well, we can expect it to start happening here shortly. This is never isolated anymore. Like all pathogens, social pathology spreads. How likely that this is some “internet challenge”.

Knock down games. Prick the dames. Sequester the bodies of evidence. Demos-cracy is aborted at the twilight fringe. A clear and progressive path.

European enlightenment.
They are such civilized people.

Yeah, they have nowhere near the finesse of Americans.

And so intelligent. EVERYONE on the continent speaks a non-English language fluently, complete with regional accents and colloquialisms.

Logically, no one but Europeans could have produced Eurotrash.

Spanish Justice Minister Pilar Llop urged everyone who thinks they received a shot without their consent to go to the police, since being stabbed with a needle “is a serious act of violence against women.”

Huh? Do these people listen to themselves? Everyone (man or woman) who thinks they may have been attacked should go to the police because it’s violence against women?!

Well, anybody might decide to identify as a woman at some future time.

What is the mystery?

Immigrants coming into Europe see it as a sexual free for all, and want a part if it the easy way: date rape drugs. They’ll wait outside for the drugged woman to stumble out of the club (usually ‘escorted’ by an accomplice inside), after which she’s thrown in a car, brought to their lair, and raped. Then, she’s dumped somewhere, not remembering a thing.

Of COURSE this is ‘coming to America’ with the millions of mystery illegals Biden is throwing open the border to.

Needle control laws? Maybe stop passing out free needles to folks and require a tighter control on use and disposal? Not that it will stop someone determined to do it but hey isn’t this the same logic for firearms?

Nice way to spread aids or other diseases.

Good way to distribute fentanyl. Reminds me of the “poisoned umbrellas and polonium”, a signature move by the secret police of the USSR. Coming here soon. (www.theguardian.com/world/2018/mar/06/poisoned-umbrellas-and-polonium-russian-linked-uk-deaths)

DId the COVID “Vax! Vax! Vax!” program stall out again? Governments trying to use up those millions and millions of doses that are sitting on their shelves unrequested?