The border crisis will get worse. 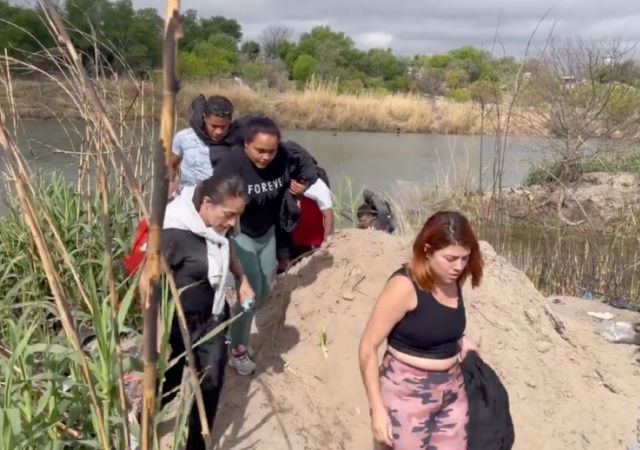 The Department of Homeland Security (DHS) ended former President Donald Trump’s “Remain in Mexico” policy as everyone concentrated on the FBI’s raid on Mar-a-Lago.

Not suspicious timing at all, eh?

The Migrant Protection Protocols (MPP), also known as Remain in Mexico, had those seeking asylum stay in Mexico as the feds processed their claims.

On June 30, the Supreme Court ruled that Biden’s administration could end MPP.

On Monday, U.S. Judge Matthew Kacsmaryk set aside his August 2021 ruling that forced the administration to reinstate MPP.

JUST IN — U.S. Judge Matthew Kacsmaryk has set aside his August 2021 ruling that forced the Biden administration to reinstate the Trump-era Remain-in-Mexico border policy.

The administration can now legally terminate the policy (once again) due to a recent Supreme Court ruling. pic.twitter.com/AdGzBXsugq

We welcome the U.S. District Court’s decision, which follows the U.S. Supreme Court’s June 30th decision, to lift the injunction that required DHS to reimplement the Migrant Protection Protocols (MPP) in good faith. DHS is committed to ending the court-ordered implementation of MPP in a quick, and orderly, manner. Individuals are no longer being newly enrolled into MPP, and individuals currently in MPP in Mexico will be disenrolled when they return for their next scheduled court date. Individuals disenrolled from MPP will continue their removal proceedings in the United States.

As Secretary Mayorkas has said, MPP has endemic flaws, imposes unjustifiable human costs, and pulls resources and personnel away from other priority efforts to secure our border.

The Department will provide additional information in the coming days. MPP enrollees should follow the directions on their court documents and tear sheets to appear for their scheduled court date as required.

The border crisis is about to get worse.

The border patrol has also witnessed over 500,000 “gotaways” this fiscal year, which began on October 1. Gotaways are people who officials see crossing the border illegally and they do not catch.

The border averages 55,000 gotaways per month.

Okay. Now it’s time to ship all the illegal aliens to sanctuary cities. Let’s see how San Francisco likes it.

The Biden admin is really working to fire up their base despite the negative consequences for the Nation.

They don’t see them as negative consequences.

“Firing up the Dem base” is the same as setting fire to the country.

Not like they were following it anyhow. After all, they don’t want an immigration policy that actually works to limit illegal immigration.

That policy left with Trump. Making it ‘official’ is meaningless.

If, tomorrow, everyone in Texas moved to Mexico and everyone in Mexico moved to Texas, in ten years time the people in Texas would be illegally crossing the border to move back to Mexico.

The border patrol has also witnessed over 500,000 “gotaways” this fiscal year, which began on October 1. Gotaways are people who officials see crossing the border illegally and they do not catch.

And that doesn’t include all the people whom officials didn’t see.

And that doesn’t include all the people whom officials didn’t see—while they turned their backs to look the other way—which was most of the time.

They don’t have to turn their backs. Most of the border is not patrolled, so there’s nobody there to see people crossing there.

Why on Earth are we not actively trying to destroy the Bush legacy (i.e. the DHS)?

Why are we not trying to eliminate the kangaroo court alternative judiciary?

I have used colorful language to say the least about the judge who handled the Roger Stone and the Michael Flynn cases.

You would be a fool to pick the Bush fascist alternative judiciary over their courtrooms.

Are they biased against you?

Will media be able to cover your case?

Can you have a lawyer in their courtroom?

If they act improperly could you easily appeal?

Are there transparency requirements that will help you avoid destruction those judges try to throw at you?

Do those judges have records of not just believing everything the prosecutor says 100% of the time?

Unlike the fascistic alternative judiciary YES

I am sorry but I do not believe the DHS has ever done a single good thing in its life, and it has been abused heavily and is heavily political and heavily armed.

Can we admit we made mistakes with the fake courts and the DHS? Preferably before Republican Party membership is made a felony by both of those?

We have to turn the country upside down by raiding MAL because ‘rule of law’ but 2 million people can illegally cross into our country every year — suddenly the rule of law is as nothing at all. I’m getting really tired of these lying, treasonous Marxists that somehow have free rein all over the place.