Germany’s DW News: “After weeks preparing, Zelenskyy has stepped up the counteroffensive in southern Ukraine to retake the area around the city of Kherson.” 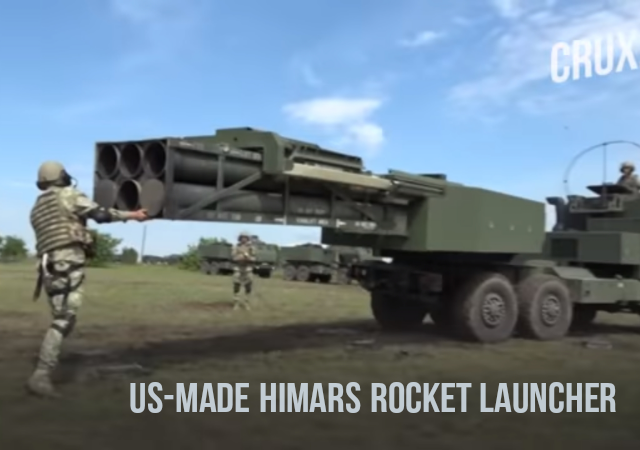 Amid Russian efforts to consolidate military advances in eastern and southern Ukraine, Kyiv is gearing up for a counteroffensive to retake the southern province of Kherson and push the invading forces across the Dnieper River, Ukrainian sources say.

“After weeks preparing, Zelenskyy has stepped up the counteroffensive in southern Ukraine to retake the area around the city of Kherson from the Russian occupiers,” German broadcaster DW News reported Saturday.

“He says a million troops have massed, though this cannot be independently verified. The Russian army had up to 150,000 soldiers stationed in the region when it invaded Ukraine on February 24,” the Germen state broadcaster noted.

Ahead of the push to retake Kherson, the Ukrainian military is aiming to cut Russian supply lines stretched across the occupied zone. Russia currently occupies around 20 percent of Ukraine’s territory, stretched from the Donbas region in the east to Kherson in the south.

The TV channel broadcaster France24 reported the role of U.S.-supplied system in the Ukrainian counteroffensive:

Ukrainian forces shelled the Antonovsky bridge overnight from Tuesday to Wednesday with US-supplied rockets, targeting a main crossing linking Kherson to the Dnipro River’s southern bank and the rest of the region, which is now almost entirely controlled by Russia. (…)

Ukrainian forces used the High Mobility Artillery Rocket Systems (HIMARS), supplied by the United States and remarkable for their precision strikes, to target the bridge.

To counter the effects of the Ukrainian strikes on supply chain problems, Russia has been using and floating bridges, said Huseyn Aliyev, a specialist in Ukraine-Russia conflict at Glasgow University. However, these structures are much more fragile and narrower than traditional bridges, which slows down the arrival of supplies, he said.

Strategically located between the Dnipro River and the Black Sea to the west, Kherson became the first Ukrainian city to fall under Russian control back in March.

While the Antonovsky bridge is the main gateway to Kherson from the south, Ukrainian forces also shelled a smaller bridge 70km to the northeast of the city. According to Sim Tack, an analyst at conflict-monitoring firm Force Analysis, this second bridge is an important access route that allows the transit of Russian troops and supplies from Nova Kakhovka, another city in Kherson Oblast in southern Ukraine.

Kyiv is also ramping up its offensive in the east, evacuating civilians in parts of the eastern Donetsk region still under its control. Since war started in late February, Russia has taken most of Donetsk and Luhansk, two provinces that together constitute Ukraine’s Donbas region.

Ukraine’s president has announced a mandatory evacuation of people in the Donetsk region, amid fierce fighting with Russia.

In his nightly address, Volodymyr Zelenskyy said hundreds of thousands of people still in combat zones in the larger Donbas region also needed to leave.

Mr Zelenskyy said the sooner people leave “the fewer people the Russian army will have time to kill”.

He said: “Full support, full assistance – both logistical and payments. We only need a decision from the people themselves, who have not yet made it for themselves. Go, we will help”. (…)

Donetsk has seen fierce fighting in recent days, particularly in the eastern town of Bakhmut, which is the focus of the Russian offensive in the Donbas.

The announcement comes amid continued attacks within the region, including one on a prison in Olenivka, in the Russian-controlled Donetsk region.

On Sunday, “Vladimir Putin signed a new naval doctrine which cast the United States as Russia’s main rival and set out Russia’s global maritime ambitions for crucial areas such as the Arctic and in the Black Sea,” Sky News reported.

A senior official in Russian-annexed Crimea accused Ukraine on Sunday of carrying out a drone attack ahead of planned celebrations to mark Navy Day, injuring five and forcing the cancellation of festivities. (…)

“An unidentified object flew into the courtyard of the fleet’s headquarters,” Mikhail Razvozhayev, governor of Sevastopol, home to Russia’s Black Sea fleet, wrote on the Telegram messaging app. “According to preliminary information, it is a drone.”

As war in Ukraine strains relations between Russia and the European Union, Moscow on Saturday stopped gas supply to Latvia, a former Soviet Baltic state which holds the EU and NATO membership.

The rest of Europe, particularly Germany, is struggling to cope with dwindling Russian energy supply ahead of winter. Last week, Russia drastically slashed gas exports to Europe, reducing the Nord Stream pipeline to merely 20 percent of its capacity.

In a brief statement, gas giant Gazprom said the shipments were stopped because Latvia broke “terms for extraction of gas.” It did not elaborate.

The statement likely referred to a refusal to meet Russia’s demand for gas payments in rubles rather than other currencies. Gazprom previously suspended shipments to other European Union countries, including the Netherlands, Poland and Bulgaria, because they would not pay in rubles.

Should this succeed, and Ukraine retake Kherson, I predict Putin nukes it.

If the offensive succeeds in retaking Kherson, Russia will shutdown the Natural Gas pipelines the next day.

And, remember that when Germany cannot get Natural Gas they burn coal. And, 2/3rds of that coal comes from Russia by train.

Or, Putin’s security service ‘nukes’ him.

Ukraine is a bottomless money pit and we should quit sending our money there.

We all saw in WW2 what happens when you allow tin horn dictators to have their way. I don’t like seeing tax dollars spent, but with Putin, you are going to have to pay either now or much more later if he is allowed to prevail.

The US is supplying the Ukraine with its off/defensive munitions.
Attempting to look into Vladimir Vladimirovich’s mind for minute – if I’m taking care of an infestation of wasps: do I use a flyswatter to kill them off individually or do I douse the nest with a heavy stream of wasp killer?

Vlad isn’t the only one with a flyswatter as he has been finding out for the last five months. If he could’ve done it, he would’ve done it. The Russians already lost this thing, they just need to be persuaded to leave.

It will be interesting to see how the Ukrainian forces do on the offensive in such large numbers massed v Russian defenders dug in at Kherson. Attacking and defending are two different things. That many Ukrainian troops in one place is a very tempting target for all sorts of weapons.

Recall how the left opposed drone strikes during the Bush administration – then Obama increased drone use seven -fold. And drone use was the left’s new normal. Obama’s a genius!

Now people on the right are opposing our proxy war against Putin and his FSB-GRU cronies because it costs too much money or Zelensky is corrupt or ‘globohomo’ or whatever pops for the 1 hour attention span internet chattering class. I’m right wing. I’ll not be buying this ‘suddenly pacifist’ horsecrap being trafficked by so-called conservatives. Go join the neo-con traitors at The Bulwark, Join a cruise with Bill Kristol.

What happened? Did we RESET our position? Did someone look into Putin’s eyes and see Uncle Vladimir Stalin and get a thrill up their leg?

Some of us figured out that the neocons were full of crap. They almost to a man never served a day in uniform but for some reason wanted to ‘export’ democracy around the world while coincidentally raking in fees from defense contractors and think tanks funded by contractors.

In short we returned to our Jacksonian roots. Small limited central government. Smaller professional military sufficient to deter our adversaries and when used we want to crush the enemy so completely that they and anyone else looking on is deterred for at least a generation then go back home and get on with life.

The cold war ended thirty years ago. The days of the US being the worlds policeman are, for most of us, done and not to return. If the Europeans are so hell bent on having a war that’s up to them if they are foolish enough to do it.

Tell you what, if the Europeans want to butcher themselves in a WWI like casualty count and fully mobilize for several years then maybe we could come in and save the day, but maybe not. Even then I would insist on the neocons and all the supporters of this war folly to volunteer for service at the front.

“we want to crush the enemy so completely that they and anyone else looking on is deterred for at least a generation then go back home and get on with life.”

That is the essence of war, massive death and property destruction, to the point that the opponent is begging for it to end.

Is it more or less truthful than the supposed “ghost of”?

Sad but True: Putin is the most trustworthy of the group, with Biden’s state Department no more trustworthy than him.

Maybe the hard hitting fashion photographers at Vogue, who just to fashion photos of Zelenski, have the real scoop

If Trump become President again, and he quit sending money to Ukraine, will he be impeached again?

This is Bidens mess.
And we pay for it.
I thought he had made enough off of Ukraine…
He could have stopped it a few months ago.
But, then, evidence of his corruption would have been preserved.