“Wax has never even been accused—still less, found culpable—of any discriminatory action taken against a student or colleague” 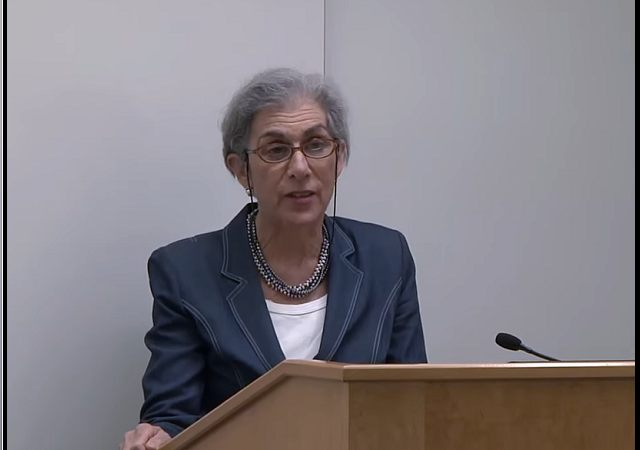 We have been following the plight of Professor Amy Wax.

Paul du Quenoy is the president of the Palm Beach Freedom Institute.

He writes at Newsweek:

Academia’s assault on free speech continues this week, with the revelation that University of Pennsylvania Law dean Theodore W. Ruger has asked Penn’s faculty senate to impose “major sanctions” on his colleague Amy Wax, the Robert Mundheim professor of Law. At Penn, “major sanctions” can include termination, suspension, and other severe measures with irreparable consequences for the recipient’s reputation and career.

What has Wax done to deserve such treatment? In August 2017, she courted controversy by stating in The Philadelphia Inquirer that traditional values produce happier and more successful societies, and that their absence is a root cause of many of America’s ills. This alone was enough to generate a petition signed by over 4,000 people demanding that she be fired from her job, as well as an open letter in which 33 of her Penn Law colleagues condemned her.

Wax doubled down, observing the following month that, in her teaching experience, black students rarely finish in the top half of graduating law school classes. However unfortunate, her observation is nonetheless supported by substantial empirical evidence that no one has refuted. In a swirl of outrage, she was again condemned by campus groups and by Ruger, who removed her from teaching mandatory first-year courses. At the time, Penn was widely condemned for these punitive actions. Paul Levy, a trustee of the university and overseer of its law school, resigned and upbraided the administration, accusing it of “suppressing what is crucial to the liberal educational project: open, robust, and critical debate over differing views of important social issues.”

Since then, critics have derided further statements of opinion by Wax, including statements made entirely outside the university context, as “racist.” Yet up to and including Ruger’s recent letter requesting “major sanctions,” Wax has never even been accused—still less, found culpable—of any discriminatory action taken against a student or colleague. To the contrary, according to an anonymous source with personal knowledge of the internal university process, an independent investigator “found no evidence of bias in Wax’s dealings with students,” and instead suggested that “there is reason to believe that students have mischaracterized or reported faulty recollections of statements Wax allegedly made.”

The left cannot handle the truth. This is exactly the reason that they try to silence dissent.