Police kill ‘transient’ suspect, who had an outstanding parole warrant. 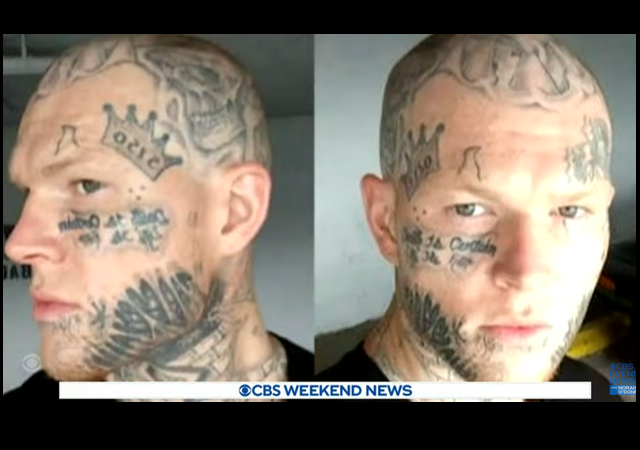 Westminister is a city in Orange County California, which borders the hellscape of Gascónistan, where Los Angeles County District Attorney George Gascón has implemented social-justice polices that exacerbate crime and homelessness.

Sadly, a young NASCAR star was murdered in that city just a few days ago by a transient man who had an outstanding parole warrant.

NASCAR star Bobby East, 37, died after being stabbed at a California gas station.

Police are looking for Trent William Millsap, 27, who allegedly stabbed the three-time US Auto Club (USAC) champ in the chest while he was fueling up in Westminster on Wednesday.

East was transported to a nearby hospital, where he was pronounced dead.

‘The victim was found on the ground suffering from a serious stab wound to the chest area,’ Westminister Police said in a statement. ‘Officers attempted life saving measures until OCFA paramedics arrived and transported the victim to a local trauma center, where the victim succumbed to his injury.’

Police said Millsap, a transient who frequents the area, is also accused of stabbing another man at the 76 gas station before allegedly attacking East.

Officials said Millsap, who has distinct tattoos all over his body, should be considered armed and dangerous. The homeless man also has an outstanding parole warrant.

The transient was then shot by police two days later. A police dog was injured during the incident.

Millsap was killed Friday when a SWAT team was serving a search warrant and shots rang out, police said.

“No officers were injured; however, a police K-9 sustained a single gunshot wound that was not life threatening.”

Photos of Millsap showed him covered with tattoos on his head, face, neck, chest, arms and hands. Police had said he was considered “armed and dangerous.”

Millsap, who was reported earlier Saturday to still be on the lam, died at a local trauma center.

Sadly, because of California’s political leadership refusing to seriously address the combination of mental illness, drug abuse, and homelessness, another life has been tragically cut short.

The younger East also was a three-time champion on the US Auto Club circuit and competed in the Xfinity Series and the Truck Series in 2008. East also won the USAC Silver Crown championships in 2004, 2012 and 2013.

Our team is incredibly sad to learn today’s news about Bobby East.

Our thoughts and prayers are with his family and loved ones. pic.twitter.com/rLh5iE81wd

Bobby East was one heck of a racer. Our thoughts and prayers go out to the East family. pic.twitter.com/AhvqMp8DTZ

Here’s hoping the recall signature phase is successful and that Los Angeles area voters have the chance to change the course before the chaos of Gascónistan spreads further to claim more lives.

Prayers to Bobby East’s family and friends. It should never happen to a innocent person.
Criminals are the Marxists best friends

This could have all been avoided if only we had knife control legislation in place.

I recognize the five point crown tat. Latin King. I don’t think wannabees live long lives. This was either a gang banger or wannabee gang banger. And should have been exterminated as the rabid dog he always was.

Maybe people are thinking I’m joking. Face or neck tattoo shoot on sight. What? Do these people think they’re getting jobs?

With respect, let’s ask: are they even seeking employment?

Were I an employer, I’d be quite desperate to hire a circus side-show freak for any job, no matter how menial.

You don’t get to send a message and then not send the message. You don’t get to express yourself with your neck tattoo AND expect me to ignore that when it comes to hiring time.

“I’m sorry. Your ‘Born to Lose’ prison tattoo just doesn’t fit with the message our company is trying to send.”

“That even goes for kitchen helper in the company cafeteria; forklift operator in a warehouse; restroom cleaner; or running the parking lot sweeping machine.”

Not if you were interested in virtue signalling your tolerance and open-mindedness. They’re out there.

You probably are right. It is certainly true though that people are lost because they give others the benefit of the doubt. They don’t deserve it.

I am, like AOC, not the expert on these things.

But I did work with the ATF doing counter narcotics so ask me how I know to look behind gang patches for concealed weapons.

Of course, I was like, derr! Mr. ATF agent! This guy is wearing a Hell’s Angel rocker and I’m not going to have thoughts? Thank you, law enforcement intelligence, for telling me gang patches are a clue.

I realize that I run the risk of making this all about me. That is not my intention at all. It breaks my heart that people stumble around thinking they’re safe. Then get pushed in front of a train. Then they don’t make it home. I’m not suggesting to be paranoid. But being confident, looking like you are confident, knowing your surroundings, goes a long way toward not getting killed.

I found that out years ago. After a year of walking to campus on weekend mornings I found out that one area I routinely went through was not a “nice” area. But no one ever looked at me twice, probably because I was walking briskly like I knew where I was going and what I was doing (because I did), and also carried a large man’s umbrella, usually around the middle of the shaft, so I (maybe?) looked like I’d beat the crap out of anyone who bothered me.

After finding out about the area’s reputation, I also took a lot more care and made sure to only walk through there during daylight hours.

The facial tattoos could be a cry for help.

You pay for that ink and I’m past caring.

This happened in daylight, gas stations can be dangerous places, people often do not pay attention to anything around them except the pump or their phone. Or maybe they block themselves in between the door and the pump hose, etc.

I don’t know what happened here, but a stab wound to the chest means Bobby East was obviously facing the attacker. You need to be aware of your surroundings. Every single time I’m at the gas station, I do not trap myself between the car and the pump, I am scanning around constantly, standing back from the car a little bit, etc.

Have a plan if someone approaches you, but you also need to know if someone is approaching you in the first place. Distance between others and yourself can buy you enough time to save your life.

Now that I’m up in years and also I now walk with a cane I realize I’m a target. I train to be a bear of a man. The cane is just one more reason you don’t want to mess with me.

This will not last forever.

As the good Coronello points out, distance. In naval aviation we learned altitude, which is just another measure of distance, means life. You can always trade altitude for life.

As long as you have air flowing under your wings, you have a chance.

I’m one who walks with a loping gait, and am at times a bit bent over. When getting fuel, I do my level best to make sure it is daylight hours.

If I am in a place I don’t know, I scope out the surroundings. Lots of – being polite here – “vibrants”, or, a lot of cars parked away from the pumps but doors open and people milling around, I find another station.

My route west from here just about makes Jackson TN a good fuel point. I am very cautious here, or, will just stop for fuel at a major truck stop to the east. I will NOT get myself painted into the corner of having to stop in Memphis for fuel. That is Oh You Tea, OUT. Same for other majority-“vibrant” areas.

I would not mess with you and the cane!

Carry some OC spray, too, if you can. That will give you a few more feet of defensive ability. If someone slips into your car from the passenger side or back seat (yes, it happens), hitting them with that OC spray is gonna be a heck of a lot easier than swinging a cane.

I want one of those canes or umbrellas with the triggered stiletto tip. Kurare smeared of course.

Look bro, what you want is a sturdy stick. Those canes/umbrellas with gimmicks are just that. Gimmicks. I have a quality sword cane you can have cheep. Back when I was fool enough to think it was a good idea.

The only way you’re going to get a better stick is carving one yourself out of your own tree.

I leave nothing off the table. Take it however you wish. I didn’t learn this in the Navy. But I carried it into the Navy.

Remember is that a nozzle pumping gasoline is a pretty good weapon in itself. It’s also a good way to mark the perp for later arrest.

Beg to differ, sir. Gas pumps are pretty indiscriminate weapons. They don’t care who gets lit on fire. Just search for “man accidentally lights himself on fire.”

I am sufficiently man primeval to get a belly laugh when someone who tries to torch someone else accidentally lights themself on fire.

“VIDEO: Police: Man lit himself on fire after throwing lighter fluid on teen girls in Bellevue”

Another consequence of rising gas prices

I guess some people need to find out the hard way how much gas can cost.

The vile Dumb-o-crats and their despicable Party are fairly and accurately called a criminal-enabling enterprise. What other conclusion can one arrive at, given the Dumb-o-crats utterly indefensible, lawless and morally bankrupt coddling of criminals, both as a matter of general policy, and, with regard to prosecutions/sentencing’ their perennial vilification of the police; and, increasingly, the politicized prosecutions of citizens who possess the temerity to exercise their right to use lethal self-defense, where factually and legally supportable.

I agree. Avoid any gas stations that don’t have the right vibe. Situational awareness is key. At a gas station, you are a captive target.

NOBODY has any business approaching you at a gas station. You can nip that in the bud by telling them (then yelling if needed) to “Back Off.” The only people that have *ever* approached me were fake beggars and dudes offering their stolen wares. i.e. only scumbags.

Plus, I don’t care how polite you are, a shaved head and face tattoos on someone approaching you at a gas station should immediately put you into Condition Red. Yes, in this case, guilty until proven innocent. I am not gambling my life or my family’s on someone’s potential hurt feelings.

This means you can put away your politeness and give anybody vectoring in on your position the “f**k you, I am ready for violence stare.” You can also choose to lawfully conceal carry if you are willing to train and continue training to keep your skills up. Seriously, never stop training if you make that choice. You should not have one without the other.

My condolences to the family of Bobby East.