Murder disguised as healthcare, but these companies won’t cough up any money to pay for actual healthcare. 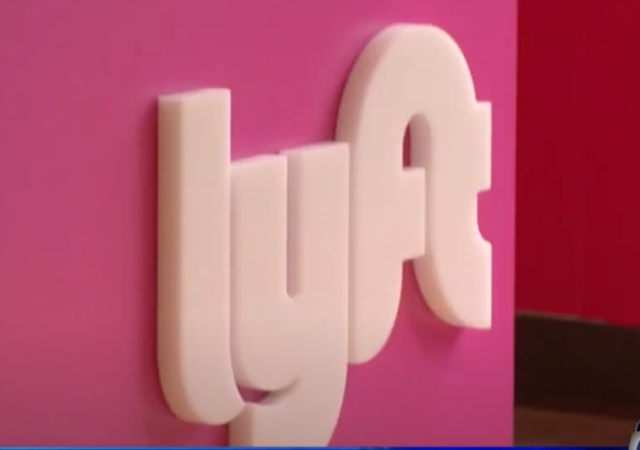 AFL accused Lyft of “multiple violations of Title VII of the Civil Rights Act of 1964, as amended by the Pregnancy Discrimination Act of 1978.”

Damn those “cruel laws” for making it hard to murder a baby.

From the letter to the EEOC:

As you know, an unlawful employment practice is established when the evidence demonstrates that race, color, religion, sex, or national origin was a motivating factor for any employment practice. 42 U.S.C. § 2000e-2(m). Here, the evidence is that the Company is knowingly and intentionally discriminating with respect to compensation, terms, conditions, or privileges of employment because of pregnancy and childbirth in violation of 42 U.S.C. § 2000e-2(a)(1).

On April 29, 2022, the Company announced that “[f]or Lyft employees enrolled in our U.S. medical benefits, which include coverage for elective abortion, we’ll cover the travel costs if these laws require travel outside of Texas and Oklahoma to [abort a pregnancy].” Then, on June 24, 2022, the Company announced a special employee benefit including “reimbursement for travel costs if an employee must travel more than 100 miles for an in-network provider.”2 However, Title VII, as amended by the Pregnancy Discrimination Act of 1978, prohibits discrimination with respect to compensation, terms, conditions, or privileges of employment because of childbirth. See 42 U.S.C. §§ 2000e(k); 2000e-2(a). The Company’s decision to provide “coverage for an elective abortion and reimbursement for travel costs”—which is properly classified both as compensation and/or as a privilege of employment—to a pregnant woman who chooses to abort her child, while denying any equivalent compensation or benefit to a pregnant woman who chooses life, facially violates the statute. 42 U.S.C. §§ 2000e2(a)(1); 2000e(k).

Then again, killing a baby is cheaper than paying for a pregnancy.

AFL targeted Dick’s Sporting Goods after announcing it would pay for abortions and travel costs up to $4,000. Dick’s will cover these costs for the employee, spouse, and dependents. Yikes.

Amazon, Kroger, JPMorgan, Chase, and Disney are other companies that took these steps.

Murder disguised as healthcare, but these companies won’t cough up any money to pay for actual healthcare.

My blood is boiling.

Mothers who carry their babies to full term have always had to do the heavy lyfting.

But they always got the lifetime benefit of true unconditional love…

Now if they would just murder their babies for God sakes!!!

I wonder if the “We’re Private, we’ll do what we want!!” defense will work for them.

I don’t see how. This isn’t about a constitutional right, it’s about Title 7. The fact that they’re private is kind of the point.

I’m not sure the claim is valid, but if it is then this shouldn’t be a problem.

No problem, should a Lyft employee’s child be born and ever become a birthing person while working for Lyft in the future, all reasonable abortion expenses will be paid subject to deductible and coinsurance.

Maternity costs the company more money than the abortion coverage they offer. A simple business decision.

If abortions cost ten times as much as maternity care, they would still pay for it

Ratings and attendance have collapsed for the Cleveland Indians since they changed their name to the Guardians. That’s despite the team only being one game out of first place. Get woke, go broke wins again:

Yes it’s a woke virtue signal but also a cost savings for the company over time; spend $4K today and avoid 25 years of healthcare costs for that employees now aborted child. Plus no several months of pregnancy related work restrictions or post partum paid leave. Plus they don’t have to hire and train a new employee if the mother decides not to return to work because they want to be a stay at home Mom.

If you believe that employers don’t make their decisions about spending based on the bottom line you are mistaken. They are amoral actors who understand that money talks.

Maybe this is all überblown…

Well now, they can add transportation to that bill.

Dimsdale: Well now, they can add transportation to that bill.

No one has to travel out of state for prenatal care.

Dimsdale didn’t specify out of State travel, you did. Not to mention in rural States sometimes the closest city with an OB is in an adjacent State v a far longer distance within their own State. The US is a continental size Nation and comparisons to smaller European nations are very difficult for those who haven’t driven across the US. This true even for those in the US, particularly provincial residents of large coastal metropolitan cities.

These brave lawyers have provided a template for every conservative state house to follow; pass regulations requiring corporations that fund abortion to also fund motherhood.

If they lose a case based around an ambiguously worded law hand them a new law.

The libertarian/Bush era would be to shout “MUH PRIVATE COMPANY” the conservative thing to do is to actually do something, if this case loses write to your state house rep about passing legislation that would turn this case into a winner.

Alinsky RULE 4: “Make the enemy live up to its own book of rules.”

I love the attempt, but any lawsuit set up like the EEOC complaint above would probably get tossed because Title VII / Pregnancy Act has always viewed employment benefits as a sex discrimination: men vs women employees. If an employer deems “baby murder” to be, say, healthcare–notwithstanding the particular state’s law on abortion which would then govern health insurance benefits (which are controlled by state law)–and if the healthcare is 100 miles away, etc., then a company likely can do that under federal law as long as it allows the same add-on benefit for all “healthcare” travel. But if a company were to single out abortion as the only qualification, then the only Title VII-covered violation that the court might recognize would be against men, specifically because of sex discrimination. Non-pregnant women or non-murderous pregnant women are not a protected class. [Trannies are now, thanks to off-his-meds moron, Neil Gorsuch, but I digress]. I have heard that other companies want to pay benefits to kill unborn babies outright. That would definitely violate the Pregnancy Act because it discourages childbirth. But the Lyft policy doesn’t seem to do that–it seems to be merely a mileage stipend to find adequate “care.” An expecting mother would never want an OB-GYN clinic hundreds of miles from home, so it would be almost impossible to prove the Lyft mileage benefit, even if only for abortion, would be unfair specifically to aspiring mothers. It would be much easier to prove that employer add-on health benefits, limited to only a single female health issue, violates Title VII against men, irrespective of the Pregnancy Act. Then again, I expect pro-life states to contend that such benefits are de facto “insurance,” which are regulable by the state, and in the case of abortion–per Dobbs–are wholly under state jurisdiction. And if “insurance” sovereignty doesn’t fly in state courts, then pro-life states are already preparing to test new “conspiracy” laws, whereas conspiracy within state territory to commit a crime elsewhere is still a crime in the state in which the conspiracy occurred. That inevitable federal court case will be much more fun, as it will shove the secession fork much further into our Turkey Republic than any obtuse attempt to persuade case-law-addled federal law clerks that mothers should be protected against anti-mothers.