“Shareholder activism is just one front in the brewing counterrevolution against Woke Inc., one particularly evident at the state level” 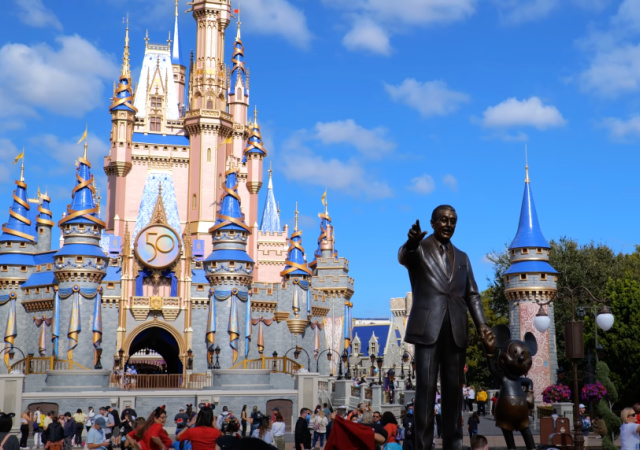 What recently happened with Disney World in Florida is just one of the most visible examples, but this is happening all over.

Eight years ago, a holder of a modest amount of Apple stock found himself in the peculiar position of being told publicly by an angered CEO Tim Cook that his money was no good in Cupertino. Justin Danhof, a conservative activist investor, had turned up at the company’s annual shareholder meeting to ask Cook, essentially, if his desire to go green trumped his desire to generate green.

Danhof did not tell his broker to sell, but would see his outfit’s related shareholder resolution go down in flames. In 2014, his was not only a losing fight, but a lonely one.

Today, he’s no longer alone. There is a nascent but growing backlash against a corporate America perceived by many as having gone “woke.” The pushback, and the steep uphill climb facing those doing the pushing, can be seen in the record number of conservative shareholder proposals submitted to companies during this year’s annual corporate meeting season – some 48 of them as of late April – but also the record number of progressive proposals, dwarfing conservative ones by more than tenfold at a whopping 500-plus. RealClearInvestigations obtained the data from the Sustainable Investments Institute, co-publisher of the authoritative annual Proxy Preview report.

Shareholder activism is just one front in the brewing counterrevolution against Woke Inc., one particularly evident at the state level, and increasingly in Washington too, with the possibility of control of Congress shifting to Republicans in elections this fall. An illustration this year was the furor that erupted when progressively inclined Disney outspokenly opposed Florida’s law barring public schools from instructing very young children on sexual orientation. In response, Republican Gov. Ron DeSantis engineered a legislative revocation of Disney World’s longstanding special tax status.

By my estimation, the lead time (delay time) between a significant portion of corporate America “going full prick” and Americans putting the hurt on them for it was roughly eight years. My only hope is that there is an equivalent lag time between the time they “repent and redirect their goals” and when America stops treating them as traitors. They need a suitable and just timeout in social prison to atone for their unforced cowardice. calls to forgive and forget” must be met with hearty “fuck yous.”

These creepy woke places are on a no go list in our extended family. Some of whom are Democrats. But they realize the “go woke, go broke” message is very real as it is the opposite. Does anyone know the politics of Stouffer Foods? Of course not. Because a corporation should have no politics.

If a company’s fundamental business is solid but the directors and executives abuse their powers and turn the company woke, I vote against all directors and the compensation plan. I don’t expect to win but, given that these people are craven, selfish cowards and careerists, they are easily scared. It’s worth a try. If the business isn’t fundamentally sound, it should be sold anyway. I’ve also stopped patronizing “woke” companies but more because they irritate me than anything else.