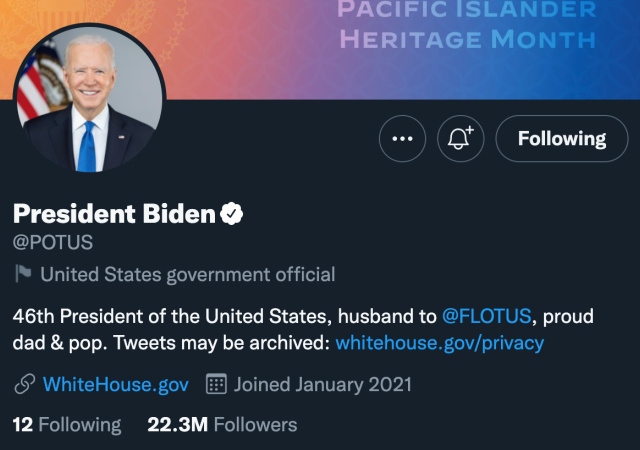 According to SparkToro, fake followers are “accounts that are unreachable and will not see the account’s tweets (either because they’re spam, bots, propaganda, etc. or because they’re no longer active on Twitter).”

Musk demanded transparency on fake and spam accounts in order for the $44 billion deal to move forward.

Twitter CEO Parag Agrawal claimed only about 5% of the accounts are fake or spam. Musk estimated that the number could be around 20% or even higher, but did not explain his calculations.

Agrawal tried to explain the issue on Monday. From Newsweek:

“We suspend over half a million spam accounts every day, usually before any of you even see them on Twitter. We also lock millions of accounts each week that we suspect may be spam, if they can’t pass human verification challenges (captchas, phone verification, etc),” Agrawal wrote.

The Twitter CEO also said the company has estimated “every quarter” that less than five percent of monetizable daily active users (mDAU) were spam accounts.

Musk initially responded to Agrawal’s 13-tweet thread with a poop emoji and later wrote: “So how do advertisers know what they’re getting for their money? This is fundamental to the financial health of Twitter.”

If half are fake followers, the astonishing part is that the other half are actually real and eleven million actual people are following him.

Mr. Eighty one million ballots is all about fake but the damage he is doing is real and deliberate.

They’re not fake! You just can’t see them… 🥴

What I am really curious about is:
Has Twitter been filing false reports to the SEC, the investors and advertisers?
Who is going to pay for the fraud?

I don’t think either the full extent of the fake accounts problem, nor, management’s awareness/reaction to it, is completely clear, yet. But, if management was aware of the fake accounts problem and 1) didn’t fully disclose that fact/risk to investors and in SEC filings, and, 2) recorded inflated revenue, based on advertisers paying improperly inflated ad rates (based upon an inflated user base), there could be grounds for SEC enforcement actions, as well as from duped advertisers, and, shareholders. It would be a giant mess.

At this rate Elon may be able to pick up Twitter real cheap and make it actually useful for positive purposes. Democrats will hate that.

Well, PV put out a video the other day where the guy admitted Twitter is far more concerned about ideology than they are about making money. The two themes are related.

Dubious dimwits of the dotard.

I wanted to leave the link for this tool, using @LegInsurrection as an example.. but there was a failure of twitter’s API
Maybe they don’t want people using this tool any more.

I tried it, anyway. It wants me to sign in with identifiable id in order to see anything. I’m not in the mood to be placed on somebody’s mailing list in exchange for the experience.

Amazing! They guard against fake accounts.

I know I’m about to set off a firestorm and am committing a capital crime in the eyes of some by bringing it up, but, here goes:

Before Trump was banned, what was his ratio of real to fake followers?

Yes. I know. I have blasphemed.

Maybe the vast majority of everything on the web is fake?

I have considered that. All but toenail fungus and pouring Coca Cola in your gas tank.

I have had a good laugh as I have seen both!

You’ve not lived til you see the gobs of green earwax or swollen livers!

I’d bet it wasn’t nearly the ratio of biden fakes, not even close.

And the first of the commandments stated
‘ I have brought you out of the land of Obama and out of the house of bondage. Thou shalt have no candidates before me’.

And the second of the commandments stated
‘You shall bow before and serve no other candidate, for I am a jealous MAGA king, visiting inequity of their fathers unto the fourth generation of those who ho hate me but shall show mercy to those who keep my commandments’.

Ok. Do I put down a prayer rug five times daily, face Mar A Lago, hit my forehead on the floor, and chant?

Scooter, I’m feeling better but still recovering. You just made my morning one of laughter. Thank you.

Its irrelevant as Trump is not the President now.

It doesn’t matter. You need to go watch re-runs of Glenn Beck rubbing cheetoes on his face and then chant, “Orange Man Bad” three times and you will feel much better.

After the third incantation I hear he magically appears too 😜

That’s not blasphemy. It’s a question worth asking, because tracking down this dross may let us know who is pulling this nonsense.

I would be very comforted to find out that it was merely a proliferation of venal advertisers.

Questioning everything of or pertaining to Donald Trump is blasphemy in the eyes of some. I voted for him twice, but I don’t see him as being first in line for the next vacancy in the holy trinity. There seems to be some who do.

Not firestorm bait – celebrities, wanna-be celebrities, politicians, and any website that gets revenue from click-ads has a vested interest in inflated numbers.

Add to that on the posting side spammers and paid political trolls (they do exist, although if I had a dollar for every time I saw a (L) on a mostly (L) website accuse a real (C) person of being a paid troll I’d be happy)

It’s quite possible Trump’s Twitter following exceeded that 5% figure even if the Trump Camp didn’t inflate it themselves.

Its highly doubtful we will ever know for sure.

Given Twitter obviously has (had) both a vested interest in the outcome as well as an agenda to front, it is most likely that: (This is assuming the numbers themselves are not made up out of whole cloth)

They enhanced the dislikes for the same reason

Griz – I have vague recollection of something Trump talked about during an Apprentice episode; having to do with using social media – buying followers / likes, etc. – to create the image/impression of popularity / worth for a product his team was marketing. I remember at the time being appalled because it seemed dishonest and unethical to me – at the very least negotiating in bad faith. Don’t ask me to cite exact words or episode / season information; whatever the specificics, I was just left with that impression.

Ethically, it seemed no different to me than accepting a free weekend stay at a resort in exchange for attending a sales meeting where the team plys attendees with all manner of manipulative tricks to make a sale.

Maybe there is no difference, until you decide to sell your fake accounts for $44 billion

I attended a free course on social media held by my local Chamber of Commerce around 2006 (pre-Twitter). I was pretty sure I wanted to avoid social media like herpes, but it was free and I wanted to hear the party line. The presenter was very matter-of-fact. Step 1 was put up a site on Facebook. step 2 was buy followers from one of the names on this list. There was another list where for much more money, you could buy mega=followers, but her opinion was that the returns weren’t cost-effective for small businesses like we all ran in town.

For the mere cost of a 6 pack, I’ll give you a thumbs up for that one, Henry. Think it over.

I’ll do it for three beers 🙂

The same research showed that 79+% of Musk followers are also fake accounts. This is nothing new. It’s been happening for hundreds of years on the internet.

Phone verification…yeah, I’m going to give you my phone number just because you can’t tell that I’m making real and valid points against one of your beloved members of the grievance class.

I think the takeaway from all of this is that Musk ain’t gonna buy Twitter.

I think he is but I also think he knew ( or suspected) this from the beginning and this always was a plan to break them first both in terms of their stranglehold and then market value.

Basically a pre purchase “purge” of both people and processes on their dime first to justify a lower price.

A World Class Plagiarist and LIAR, Biden led about his educational exploits, his writings and speeches, his legislative accomplishments 🙄, his civil rights background, his IQ, and very nearly everything that has come out of his mouth! Who wouldn’t expect that half (or more) of his online followers and his voters were/are BOGUS !!!!!