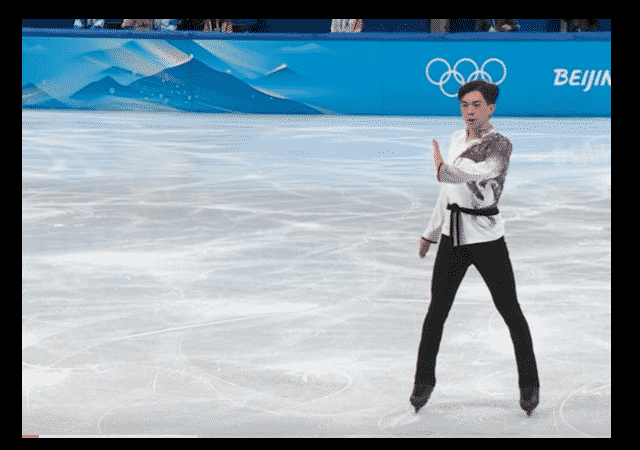 As the Omicron variant of COVID19 is so infectious, it is not surprising that many of the Olympic athletes who went to Beijing for the winter games tested positive for the coronavirus.

Also, it is difficult to know if these athletes have contacted coronavirus variants from their host country.

Therefore, it is not surprising that some of these young people have ended up in quarantine. However, the conditions at the quarantine hotels are shocking.

Not enough food. Inedible meals. No training equipment. Some Olympic athletes unlucky enough to test positive for the coronavirus at the Beijing Olympics feel their quarantine conditions are making a bad situation much worse.

“My stomach hurts, I’m very pale and I have huge black circles around my eyes. I want all this to end. I cry every day. I’m very tired,” Russian biathlon competitor Valeria Vasnetsova posted on Instagram from one of Beijing’s so-called quarantine hotels.

Her problem wasn’t with any symptoms of the virus. It was the food.

Vasnetsova posted a picture Thursday of what she said was “breakfast, lunch and dinner for five days already” — a tray with food including plain pasta, an orange sauce, charred meat on a bone, a few potatoes and no greens.

She said she mostly survived on a few pieces of pasta because it was “impossible” to eat the rest, “but today I ate all the fat they serve instead of meat because I was very hungry.” She added she lost a lot of weight and “my bones are already sticking out.”

Other athletes are complaining about the facilities themselves, as well as the lack of follow-up on testing.

Head of German team Dirk Schimmelpfennig also blasted ‘unacceptable’ conditions for his athletes, saying isolation rooms are too small, not hygienic enough, the food is poor and PCR tests that athletes must take to free themselves are not being given.

Natalia Maliszewska, a Polish speed skater, described being repeatedly moved into and out of quarantine over successive days due to conflicting Covid test results, an experience she described as a ‘trauma’ that left her ‘crying and crying’.

During one ‘night of horror’ she said officials dragged her out of bed at 3am in order to take her back to the athlete’s village after ruling she was Covid-free – only to later say they made a mistake before taking her back into solitary.

‘I was sitting in the ambulance. It was 3am. I was crying like crazy because I didn’t know what was going on. I did not feel safe at all,’ the 26-year-old said.

I must say, I am troubled by exactly which athletes tested “positive”. Olympic figure skater Vincent Zhou was a strong contender for medals, or for helping the American team’s scoring.

He is now out of Olympic singles competition, due to covid.

U.S. Olympic figure skater Vincent Zhou withdrew from the men’s singles competition on Monday after testing positive for COVID-19. He made the announcement in an emotional Instagram video posted less than a day before the start of the event.

“I have tested positive for COVID-19 and unfortunately I will have to withdraw from the individual event starting tomorrow,” he said. “It seems pretty unreal that of all the people it would happen to myself, and that’s not just because I’m still processing this turn of events but also because I have been doing everything in my power to stay free of COVID since the start of the pandemic. I’ve taken all the precautions I can. I’ve isolated myself so much that the loneliness I felt in the last month or two has been crushing at times.”

I sure hope all the officials and corporations who thought it was a great idea for China to hoist these games have learned some valubAle lessons.

I know I am shocked! China is still a third world country ruled by an evil ideology that knows how to present a gilded Potemkin face.

If you saw the pic of the snow slope next to a nuclear reactor in the middle of a grayed out abandoned iron mill region the Chinese are even doing the Potemkin look half-assed.

Remember that one from whoever-he-really-is?

Considering China’s conduct they should be sidelined as a host for at least 20 years.

It all makes perfect sense if you look at it the right way.

1. How many members of China’s own Olympians have tested positive compared to other countries?
2. While I feel sorry for the Olympians, they should have sat out this one IMO. They are dealing with a viscious totalitarian racist state that is committing genocide, besides being the originator of the Wu-flu because of its extraordinarily sloppy lab practices. Why are they now surprised by how they are being treated?

NBC and ESPN will be all over this reporting, right? They’ll have interviews with the quarantined athletes and have experts on to comment on the nutrition of the food being served.

Oh, and has anybody heard a peep from the IOC?

Rumor is the IOC is going to be the new Covid experts, courtesy of China: WHO just didn’t do the final job on the free world, and Xi is pissed.

All the athletes (except of course the Chinese) should REFUSE to complete. That would truly be must see tv.

Gosh it’s almost like China is using it as an excuse to screw over the athletes while their own athletes get pampered.

Dumbasses deserve it for going to China in the first place.

Not to forget the pampering of American traitors competing for China.

I suppose that the silver lining is that what was supposed to be the go-to propaganda programmer for authoritarian regimes is instead exposing them.

And you can bet every visit to the bathroom, shower and every sexual encounter they may have is fully documented on video for future exploitation.

Commies are sick fuck-heads… how and why did we ever forget this?

But the organizers keep insisting that “Octopus á la Effie” is considered a delicacy in China.

They are probably serving dog to the athletes

I thought they would get Peking duck, hot and sour soup, sweet and sour pork, and other delicacies.

Contrast this treatment with this year’s World Games being held in – get this – Birmingham, Alabama. Yes, Birmingham. The whole city and, to a slightly lesser degree, the state is getting excited, even though the Games don’t start until July.

It will be interesting to contrast how gigantic China treated the athletes compared to resource-not-so-rich Alabama.
.

One Fox show pointed out that with all the covid testing, they are collecting a ton of DNA samples. Nothing to see there,, nope.. move along.

If my dictatorial country had a long-held program for the genetic improvement of man (Also known to comic readers as the Super Soldier program), how would I be able to get samples from the best physical specimens around the entire world?

IOC made the call as to where the competition was held after a bit of behind the scenes palm greasing.
We should expect this from the international community these days. This is how business is done by the tyrants of the world.

Tough shit you stupid idiots. Should have boycotted the genocide games.
I hope china quarantines all of the athletes at least two weeks each at a critical time in their competition.

. . . was “breakfast, lunch and dinner for five days already” — a tray with food including plain pasta, an orange sauce, charred meat on a bone, a few potatoes and no greens.

Don’t know what these 1st world prima donnas are complaining about. This is the exact same food the we feed the Uyghurs in our slave labor concentration cultural reeducation centers and the Uyghurs certainly don’t complain. In fact, they seem quite happy when the food arrives.

Honestly, I feel no pity for any who would patronize China, knowing how evil they are. Unfortunately, the sewage running our country has been selling us out to them for years.