The judge “said Straka was not being sentenced for his First Amendment protected speech, but rather for his conduct” 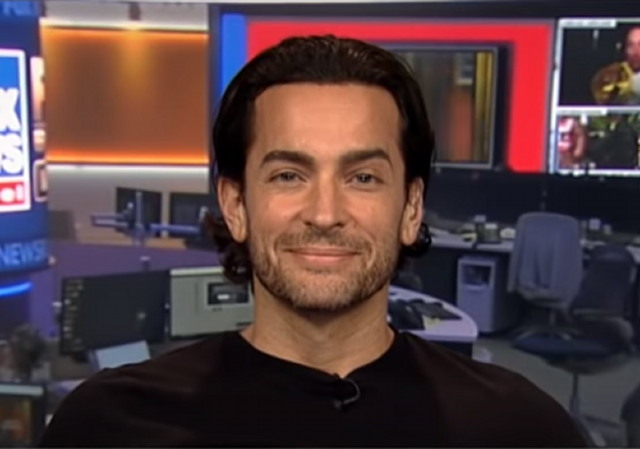 Brandon Straka, the New York City hairdresser, and former liberal turned Trump supporter, has been sentenced to three months of home confinement and three years probation for his role in the January 6th riot.

Straka became a media sensation following the 2016 election when he posted a video to social media explaining his political conversion. He turned it into a national movement called the #WalkAway campaign.

I assumed the left would gloat about his sentence but this HuffPo report by Ryan J. Reilly is fairly straightforward:

Brandon Straka, a 45-year-old former hairstylist who morphed into a pro-Trump social media influencer and encouraged rioters to steal an officer’s shield and storm the U.S. Capitol on Jan. 6, was sentenced to probation and home detention on Monday.

Judge Dabney L. Friedrich sentenced Straka to three years of probation, three months of which would be served on home detention. She also imposed a $5,000 fine.

Straka, who later described Jan. 6 as “one of the stupidest and tragic decisions of his life,” had struggled to find a footing in the entertainment industry in New York City before he filmed a 2018 YouTube video explaining why he was no longer a Democrat. “I’m a GAY REPUBLICAN,” he tweeted in 2018. “I NEED FOLLOWERS!!! SHOW ME SOME LOVE, PLEASE!!!” Straka’s political conversion began, he claimed, when he was accosted by a homeless person in New York in 2016.

Marisa Sarnoff of Law and Crime has more:

Prosecutors say that Straka was a powerful and influential voice outside the Capitol on Jan. 6, as hundreds of Trump supporters overran police in an effort to stop Congress from certifying Joe Biden’s win in the 2020 presidential election.

According to prosecutors, Straka used his “significant public profile” to promote his activity on Jan. 6, and went to join the riots after having learned the Capitol building had been breached, encouraging others to do the same. He also recorded video of rioters entering the Capitol and encouraged them to take a police officer’s shield…

U.S. District Judge Dabney Friedrich, a Trump appointee, said that Straka’s comments and posts “are not specifically advocating violence in the same way” as other Jan. 6 defendants…

When Straka spoke on his own behalf, he said that he didn’t recognize the person described in the government’s filings. After briefly mentioning his upbringing in Nebraska, his experience as an actor and performer, and journey to sobriety, he insisted that his public efforts aren’t about politics, but an attempt to bring people together.

Conservative writer and filmmaker Dinesh D’Souza provides some analysis and defense of Straka in the video below, noting that Straka never actually entered the Capitol Building. You may recall that D’Souza was subjected to prosecution during the Obama presidency for reimbursing others for political donations to a candidate, an offense that most people believed would result in nothing more than a fine under normal circumstances.

Walkaway movement founder Brandon Straka has been a victim both of the sadists in the Biden DOJ and also of leftist lies that he sold out Trump and the MAGA movement. Here's the scoop. pic.twitter.com/7bhuqlrbkd

Oh, he isn’t on house arrest for entering the Capitol….he is in trouble for leaving the party.

At potentially $2B+, the BLM riots of 2020 were the most expensive riots in the history of insurance rivaling even the payouts from some significant natural disasters. They were more expensive non-natural disaster of any kind since 9/11. There was clear centralized coordination for most of these riots with logistic support for the delivery of supplies (like water and BRICKS) pre-positioned in riot areas as well as coordinated legal support to bail rioters out of jail…so they could continue to riot. More than a year later, I don’t believe there has been any kind of serious investigation to what happened much less any person ever been indicted.

I hope Republican politicians are paying attention and have a plan if they’re lucky enough to regain the majority.

Perphaps the same people were behind both—planning, infiltrating and coordinating to their own ends. Both groups were dupes. The only difference was that afterward—they praised one and one prosecuted the other.

BLM riots are their reparations. Tear down what civilized Western men built. They can’t create, only destroy.

I’ve heard so little official curiosity about the bricks that I have just assumed someone protected them with the “Allahu Akbar” spell that clouds law-enforcement’s minds.

So he was sentenced for his speech, as his activities were all legal

His sentence was symbolic–a warning to people on the right.

If it’s true that he urged others to take a policeman’s shield, with the intent that they should do so right then and there, and in a manner that was objectively likely to have that result, then he was guilty of incitement, which is one of the few and strictly limited recognized exceptions to the first amendment.

But from the description in the linked HuffPo article:

Straka admitted he “observed others yelling to take a U.S. Capitol Police Officer’s shield” and “chimed in with the crowd, saying ‘take it, take it.’”

it seems to me that he was not inciting but incited. The whole point of incitement is that, to a degree, the members of a mob lose their free will and turn into robots, and thus the person who whips them up is responsible for what he makes them do. It follows that joining in with an already-going chant is not incitement, particularly if the rest of the mob have no idea who the person is.

He left the party, and now that he is labeled “influencer” he must be silenced. How Orwellian.

While the fascists that attacked teh Wh and the church across the street under Trump are still free.

He did a lot less than thousands of 2020 rioters did. It’s been a political hunt since Jan 6 for Trump supporters.
Read Julie Kelly

He now has a permanent gun possession ban in effect too.

Just a coincidence I’m sure.