“Sorry, not sorry for reporting on who Darrell Brooks is,” Ngo tweeted in response to liberal attacks including one from Daily Beast reporter Robert Silverman. 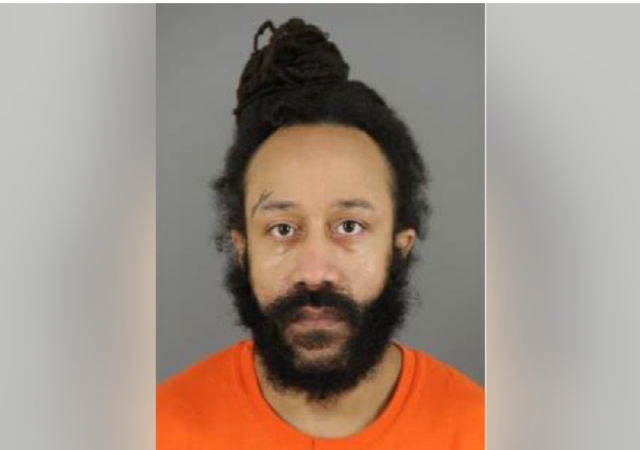 Independent journalist Andy Ngo is routinely subjected to harassment, hate, and sometimes even brutality from the radical left because he’s unafraid to report on the inconvenient truths about violent Antifa and Black Lives Matter mobs that frequently go unreported by the mainstream media. The MSM views both groups as selfless heroes committed to advancing democracy or whatever despite the reality of the situation being just the opposite.

As per the norm, the left has once again shown their true colors in the aftermath of the deadly Waukesha, Wisconsin, car plowing attack on Sunday that left six dead and at least 48 injured. They used the horrific attack to mock the Kyle Rittenhouse “not guilty” verdict and used it to attack Ngo for having the audacity to give people the disturbing background on the suspect in the case, Darrell E. Brooks Jr.

Before we get to the latest round of attacks on Ngo, let’s look at what he reported about Brooks, courtesy of this Twitter thread:

Darrell Edward Brooks, the man who was taken into custody by police over the #Waukesha Christmas parade mass casualty event, had posted a quote in 2016 on a now-deactivated Facebook account: "Run them over. Keep traffic flowing & don't slow down for any of these idiots…" #BLM pic.twitter.com/d8bYZPv8bd

Darrell Edward Brooks, the man who was taken into custody by police over the #Waukesha Christmas parade mass casualty incident, expressed hatred of former president Donald Trump in one of his rap tracks. He also expressed black nationalist antisemitic views. #BLM pic.twitter.com/BhT7BrX5mL

Ngo’s Twitter thread triggered Daily Beast “reporter” Robert Silverman, who has me blocked for some reason but whose tweets I’m still able to view from another account. This was the start of a multi-tweet thread yesterday of Silverman condemning Ngo for alerting readers as to possible racist motivations behind Brooks’ alleged actions:

If you're seeing some lunacy about a person of interest who was detained re: Waukesha, here's a brief window into how the right-wing disinfo machine works. It starts with Andy Ngo, of course. First, another reporter—not Andy—does the actual work of finding the POI's record. 1/x pic.twitter.com/0HbDCLbcFz

And then, after a fauxfended Silverman accused Ngo of being an opportunistically dishonest reporter (a characteristic that is rumored to be a requirement to work at certain supposedly “respectable” MSM outlets, so I hear), he contacted Ngo to try and get him to answer questions about the Twitter thread he wrote on Brooks. Ngo smartly declined, while also noting Silverman has a history of targeting him:

I don’t want to speak to you & I stand by my reporting.

Instead of writing about my posts, how about you explore the views Darrell Brooks espoused & the progressive policies that allowed a violent career criminal & child sex offender to allegedly mow down more than 50 people? pic.twitter.com/cqTCocAbto

Robert Silverman of @thedailybeast has demonstrated bias & unprofessional behavior against me for several years. Editor @TracyConnor should inquire how someone with such bias could author accurate report about me. pic.twitter.com/rdTKWsY3tv

Regardless, Silverman’s article went up anyway. The headline laughably described Ngo and fellow independent journalist Tim Pool as “big-time right-wing trolls,” which is sort of the equivalent to declaring Hillary Clinton and Stacey Abrams role models for how to accept defeat gracefully:

In addition to that, Twitter mobs, including disgraced former MSNBC anchor Keith Olbermann went all ragey on Ngo, with some reporting Ngo’s tweets to the Twitter Powers That Be. Surprisingly, they declined to take action:

People are mass reporting my tweets about the #Waukesha, Wis. massacre suspect in order to censor the inconvenient information revealing his child sex offender status, his anti-white and antisemitic views, his hatred of police, and his support for #BLM causes. pic.twitter.com/HQE3SjWm9r

Ngo had his share of defenders as well, including those who turned around and mocked the Daily Beast’s skewed priorities:

If you're seeing some lunacy about Andy Ngo being the bad guy, here's the idiot who's making excuses for a man who just ran over dozens of kids and grannies. https://t.co/LZ27GOxa4k

To his credit, Ngo isn’t backing down, alerting readers on his “Locals” page about Silverman’s “report” as well as his reporting about Brooks:

Sorry, not sorry for reporting on who Darrell Brooks is. pic.twitter.com/DwmJA95KSM

Good on Andy Ngo for giving a textbook example of how not to bend the knee when the outrage mobs come for you. This is how it’s done.

Yes, putting those 2 obama turds in the White House is paying dividends,

Ngo just has to say “I think he is white” to really drive them nuts.

Andy has turned into quite a capable journalist and I respect his work. He has paid some heavy dues while refining his craft in dangerous places, doing things that J-school college kids only read about.

I think antifa basically has a kill order out on him.

He is not afraid to get the literal stuffing beat out of him in order to report the truth.

Andy is a true journalist

read a book on ed murrow years ago–one quote from a speech he gave has stayed with me: “the truth needs no embellishment. the truth just is.”

believe andy is from the same tribe

Well, sorta. Consider the phrases “she is firm” and “he is pigheaded”.

Both convey the same general idea: the person being described holds strong convictions. So using either “firm” or “pigheaded” to describe someone is generally truthful.

In general, however, we don’t like pigheaded people. We like people who are firm in their convictions.

The Left is masterful at using language in this way to manipulate emotions.

When I took journalism, neither word would have been allowed, since both are judgements, not facts.

A poem I remember from long ago that exactly mirrors what you say:

Stubbornness we condemn
Firmness we condone
The former is our neighbors’
The latter is our own.

The Black Nationalist BLM supporting whitey hating racist can add another notch to his belt — an 8 year kid died today from his injuries.

Bet his defense will be temporary insanity. Is any other defense possible?

Maybe his attorneys will claim it was brought on by a lifetime of dealing with systemic racism and white privilege.

It would be nice if the trial starts a couple of months before the midterms. But I bet the Dems funding his defense will make sure it is scheduled after the midterms.

That is, if they don’t Jeffrey Epstein him.

What ever happened to the good old days 150 years ago, when a guy doing something like this could have been tried, convicted and hung by now ….. and all the “Christmas Shoppers”, aka Looters, in San Francisco and elsewhere would have been shot if they tried to rob the General Store?

I would think that Brooks’ lawyer would go for the “Twinkie defense”, claiming that he was forced to eat junk food because of White Privilege, and he thought he was actually driving into a hate-filled racist mob that was going to make him go to a Starbucks and drink a mocha latte.

That won’t work. Remember Daniel White was it one time a cop. Combine that with the Twinkie defense and you have some thing. This guy is just a mere civilian. He’ll have to think of something else.

It didn’t work then, it’s not going to work now.

“Bet his defense will be temporary insanity. Is any other defense possible?”

Judging from his CV on social media, I’d try for permanent insanity.

“He also has a post about how to get away with running people over on the street.”

I heard from a friend that Brooks is planning to sue Ford, because the Ford Escape that he bought… couldn’t.

And, while we’ve got all this blame to spread around:

Milwaukee County District Attorney John Chisholm, who was elected to the position in 2007, has spent his career supporting cash-bail system reform because he argues it criminalizes poverty.
In an interview with the Milwaukee Journal Sentinel the year he was elected, Chisholm said: “Is there going to be an individual I divert, or I put into treatment program, who’s going to go out and kill somebody?”
“You bet. Guaranteed. It’s guaranteed to happen. It does not invalidate the overall approach.”

Given his age and his criminal history it doesn’t seem like Brooks was a very good candidate for rehabilitation.

This is the classic rationale of Marxists , Socialists and their fellow travellers -you have to break a few eggs to make an omelet ( a paraphrase of a comment by Walter Duranty-a NYT correspondent who whitewashed Stalin for public consumption)

If you want to really see the left melt down, ask, “I see lots of broken eggs, but where are the omelets?”

The omelets are always in the future, but the eggs have to be broken now.

Quiche in the sky, by and by.

Now they’re saying that his low bail was an “accident”.

God so loves the left that he arranges every accident to benefit them.

So who deactivated his accounts? Can they be charged with obstructing justice by destroying evidence?

Brooks is an example of what the Molly coddling d/prog wanted in their vision of the criminal justice system. Having gotten exactly what they demanded they don’t want the normal folks to realize it; at least not yet. Why? Because the vast majority of people still don’t support their ideology and it’s results.

That’s r and d, male and female, black, white, asian, latino, caribbean, native born or immigrant. The majority do not support releasing career criminals with lenient sentences and low or no bail. Frankly I am astounded that Brooks was offered bail at $5 million after his latest acts of violence.

a) liberal MSM criticism is a mark of honor. Kudos to Andy.

b) liberal don’t “pounce”. They slink and slither…

And strike from ambush.

And the fact that a lawyer I respect, Walter Olson, actually retweeted Silverman’s thread led me to rethink that respect.

Ngo reports the facts. The left narrative insists that the facts are not facts at all and that Ngo is telling lies. Isn’t that libel? They’re accusing him of lying.
If he can prove that he isn’t, is that actionable?