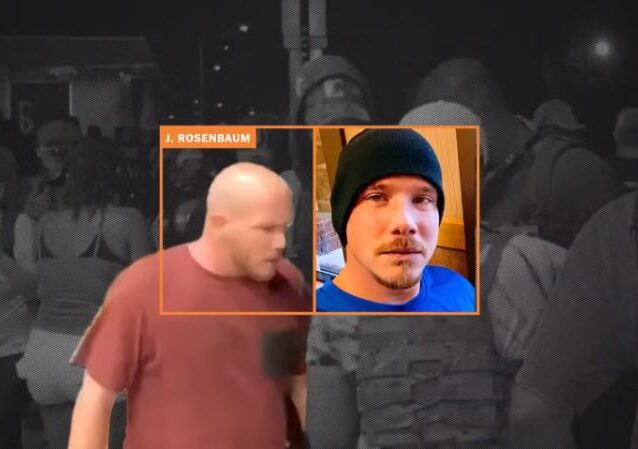 It is absolutely stunning how many uninformed people around the country believe this, to this day.

A jury found Rittenhouse not guilty in the killing of two white men named Joseph Rosenbaum and Anthony Huber. Rosenbaum was a convicted child rapist who can be seen on video yelling “shoot me n***a” at armed men. Huber was “found guilty of a felony for strangulation and suffocation, domestic abuse,” Heavy.com reported.

Deaquan Nichols posted the video on JMU’s official Instagram story page. He began the post by saying that a crew is filming a documentary about him.

“I simply wanted to publicly announce that the verdict with the Kyle Rittenhouse case has been nothing more than a disgusting reminder about what it really means to be black in America…. We scream black lives matter but it doesn’t really matter,” Nichols, a member of the campus NAACP group said.

He said “the jury, the judge, anybody” did not find black lives valuable enough to charge “this man, with murdering and taking away two beautiful black lives at the ripe ages of 26 and 36,” Nichols said.

This was sent to me by a @JMU alum. It is a now deleted video from JMU’s Official IG account that not only criticizes Rittenhouse’s innocent verdict, but mischaracterizes the facts of the case, stating that “two beautiful black lives” were killed, which is false. 1/2 pic.twitter.com/EoJOJr0CUH

Plus, the author apparently has no idea what “ripe” means.

So, they may not know what color these guys were, but at least they know their lives were “beautiful.”

Except, really, their lives were not exactly “beautiful” after all.

Dunno. If Candace Owens, Tom Sowell, and other blacks can be white supremacists, I don’t see why white guys can’t be black.

Would that not be cultural appropriation?

Candace Owens can be anything she likes.