Biden fails to mention anything about top fentanyl exporter China in comments on the disastrous numbers, or discuss the issue at all during a virtual summit with Chinese President Xi. 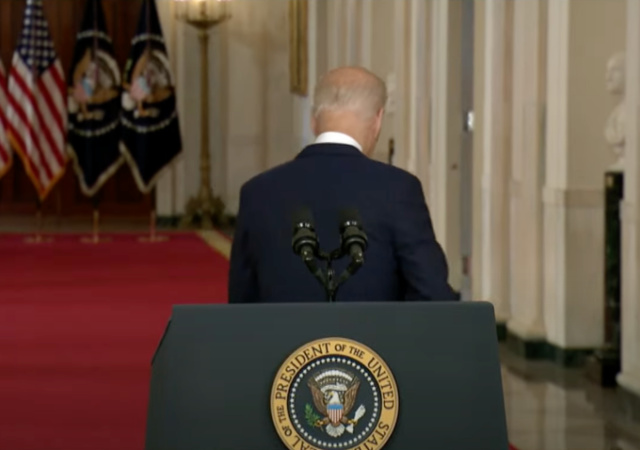 The continuing combination of pandemic restrictions and open borders embraced by the Biden administration continues destroy this nation.

Confined at home, and dealing with mental health challenges and limited or no employment, Americans are abusing fentanyl and other drugs that are flowing from Latin American (and created with materials supplied by China). New data that has just been released show that more Americans than ever before died from drug overdoses over a 12-month period.

The record of more than 100,000 overdose deaths between April 2020 and April 2021, which U.S. President Joe Biden called “a tragic milestone,” represents a 28.5% jump from the previous 12 months, according to data from the U.S. Centers for Disease Control and Prevention.

…Dr. Joshua Sharfstein, director of the American Health Initiative at the Johns Hopkins Bloomberg School of Public Health, which focuses on addictions and overdose, said the peak of drug deaths hit in the spring of 2020, early in the pandemic. He expects the year-on-year overdose data to begin falling with July figures, but not by much.

“This is a momentous tragedy hidden by the pandemic,” Sharfstein said. “It’s heartbreaking how many families have been affected by an overdose this year.”

One could say it is an “unintended consequence”, except for the fact that a significant portion of the chemicals used to create these drugs come from China. Clearly, as tensions with China ratchet-up, the Chinese Communist Party would welcome the loss of young men and women who are of age to serve in our military without ever having to fire a shot.

It must be noted that Biden on released a statement discussing these numbers….without mentioning China’s leading role exporting fentanyl, which drove the 29 percent annual increase in deaths.

Biden, who held a virtual summit Monday with Chinese President Xi Jinping, said “my Administration is committed to doing everything in our power to address addiction and end the overdose epidemic,” noting budget requests for addiction treatment, prevention and harm-reduction programs.

“To all those families who have mourned a loved one and to all those people who are facing addiction or are in recovery: you are in our hearts, and you are not alone. Together, we will turn the tide on this epidemic,” Biden said.

But the statement didn’t mention China — in a notable break from former President Donald Trump, who frequently denounced Chinese exports of fentanyl, which is smuggled into the US through Mexico and international postal services. Trump boasted that Xi agreed to impose the death penalty on traffickers.

Fentanyl wasn’t among the more than dozen topics listed by the White House as matters discussed by Biden and Xi this week. The readouts also didn’t mention whether Biden addressed China’s refusal to cooperate with an independent investigation of the origins of COVID-19.

Additionally, today’s opioids aren’t necessarily the classics from the psychedelic ’60’s and disco ’70’s. The substances now on the street are toxic at much lower doses, and can be lethal in low doses to someone who has had no previous exposure.

The DEA recently warned of a proliferation in fake pills containing fentanyl, which can lead to fatal poisonings among people who don’t know they are taking the powerful opioid. Fentanyl can be 50 times more powerful than heroin and is often pressed into pills designed to look like other kinds of prescription drugs, which means someone who has no built-up tolerance could be accidentally exposed to fentanyl.

Richard Preis lost his 33-year-old son, Max Preis, to fentanyl on Nov. 1. Mr. Preis believes his son was accidentally exposed when he took a pill laced with the drug.

The numbers released become even more staggering when you consider the loss of so many potential futures, as well as the long-term impacts on the surviving family members and surrounding communities.

Who knew that “Build Back Better” was meant for Chinese and Latin American drug lords?

I read somewhere that 10% of the users consume half the product.

Not rocket science on how to cut the Cartel’s cash flow in half.

That’s nothing. Just some people shooting something up their veins.

Yes. But, how many of the overdosed were unvaccinated?

In a similar vein —
Cut off a grasshopper’s legs. Then tell it to jump.
It doesn’t jump.
Conclusion = Cutting off its legs makes it deaf.

There’s a lot of kids bouncing through foster care because of this. I’ve watched this play out with a shirt tail relative for the past decade. The downward spiral and implosion has a cost to it.

The guy is in the pocket of so many foreign actors, and he is so arrogant because of his belief he’s insulated against any accouintability for his massive corruption that he just doesn’t give a crap.

Who to blame? The democrat media. And the GOPe.

Haven’t touched all of the rest of the plandemic destruction and what the future holds… but… the Georgetown parties go on and the sea hasn’t swamped Martha”s Vineyard.

Hopefully most were antifa types

Seems slightly worse than WUFLU. Why is the drug industry one of only two industries Dictator Dementia isn’t interesting its curtailing? The other being higher indoctrination.

But “natural selection” or “degenerates” orany such comments will cause me to.

Crack cocaine, that’s a choice. But most opioid deaths start with a real injury and the person is prescribed oxy. And for some addicts, this was the door they probably wish they never went through.

Phony labels like “break through pain” leading doctors to up the dose.

There are 100s of thousands who’s addiction started legitimately with oxy. Let’s stop calling them degenerates or even applauding their death.

If you have Hulu, check out DopeSick. Netflix- “the Pharmacist”

I was prescribed fentanyl and hydrocodone for a medical issue a few years ago. The pain relief they gave was amazing, wonderful. As soon as I was out of pain I had no more use for those drugs, because I’m not junkie degenerate.

And furthermore, these addicts are the reason physicians hesitate to prescribe pain relievers to patients who need them, so their degeneracy harms others.

This is just “collateral damage” of more broken eggs in the ongoing omelet-making activities of the Looney Left (Useful Idiots) paving the way to Venezuela, The Sequel.