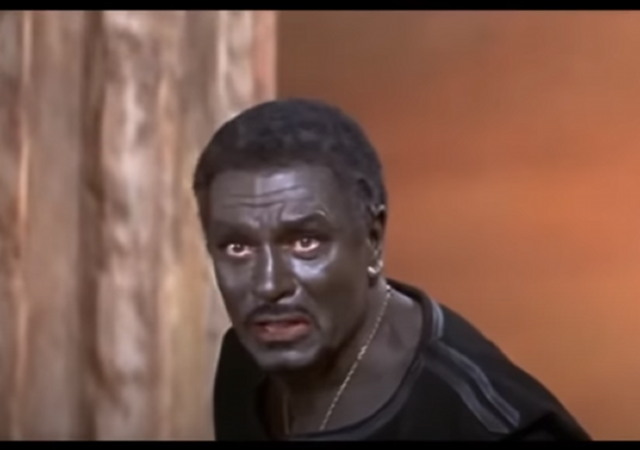 We did an in-depth post about this when it happened. Luckily, the school has dropped their ridiculous investigation.

The University of Michigan said it will not formally investigate Professor Bright Sheng for showing a 1965 movie that contained a white actor wearing makeup to have a darker skin tone.

University officials were “considering opening a formal investigation into Professor Sheng for his classroom showing of Othello,” but they have “determined that it will not do so after reviewing the complaints against him,” according to a free-speech group.

“While it remains discouraging that Sheng has ‘stepped away’ from teaching this semester, Michigan’s decision not to launch a formal investigation into a professor’s course content was the right one to make,” the Foundation for Individual Rights in Education said in an October 19 update. It spoke to Sheng’s attorney who confirmed there would not be a formal investigation.

“Such investigations produce profound chilling effects inimical to a university’s role as a marketplace of ideas,” the civil liberties nonprofit said. “FIRE hopes that this controversy over Sheng’s protected expression will signal to Michigan faculty and administrators that it’s time for the university to make a serious effort to protect and defend faculty members’ First Amendment rights and academic freedom.”

This was the only correct option. However, I think that the freshman student who started the entire controversy should be asked to write an essay on the need to provide artistic license and the “space” to experiment and stretch for both the artists and the audiences. Her over-reaction to the situation brought great shame upon the University of Michigan.

To the contrary, the student needs an object lesson greater than that. A formal complaint about the student as an enemy of academic freedom ought to be made. A campus campaign started to cancel the student. A major investigation conducted as to the students character and anti-white and anti-Chinese (Sheng I assume is of Chinese heritage) racism should be launched. A the student ought to be forced to take a leave of absence for the same amount of time as Sheng.

These people need more than a hand slapping or they will be at it again.

And it should be published in my favorite scholarly tome, J. Duh.

Correction is not the only goal of investigations and lawsuits; Deterrence (aka intimidation) is another.

The University has accomplished its goal, to enforce conformity of thought, word, and deed.

All the other faculty members will conform and act totally woke and avoid anything that might be construed (by an idiot, as in this case) as politically incorrect.

Play accomplished what they want, the damage is done.