Objects from “Lost City of Gold” include jewel-encrusted life-size statue of Buddha from the 8th century. 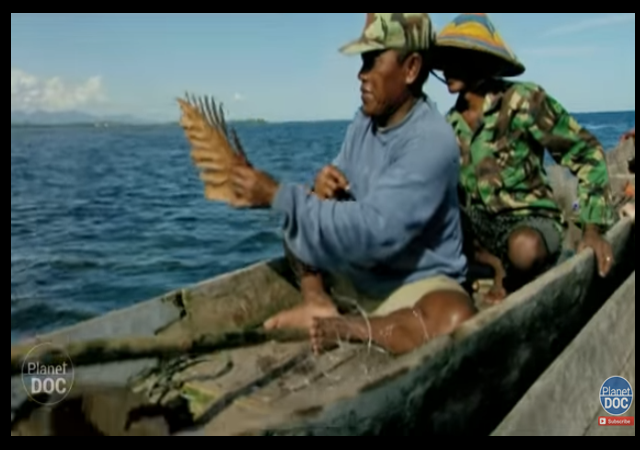 Fisherman in Sumatra made a historic catch, but it wasn’t fish in their nets.

They apparently uncovered an enormous cachet of treasure from the area’s fabled “City of Gold”.

For the past five years, fishermen exploring the crocodile-infested Musi River, near Palembang, have hauled a staggering treasure trove from the depths – including gemstones, gold ceremonial rings, coins and bronze monks’ bells.

One of the most incredible finds so far is a jewel-encrusted life-size statue of Buddha from the 8th century, which is worth millions of pounds.

The artefacts date back to the Srivijaya civilisation – a powerful kingdom between the 7th and 13th centuries which mysteriously vanished a century later.

Dr Sean Kingsley, a British maritime archaeologist, explained the importance of the find.

“In the last five years, extraordinary stuff has been coming up. Coins of all periods, gold and Buddhist statues, gems, all the kinds of things that you might read about in Sinbad the Sailor and think it was made up. It’s actually real.”

He described the trove as definitive evidence that Srivijaya was a “waterworld”, its people living on the river like modern boat people, just as ancient texts record: “When the civilisation ended, their wooden houses, palaces and temples all sank along with all their goods.”

He said: “Bobbing above snapping crocodiles, the local fishers – the modern sea people of Sumatra – have finally unlocked the secret of Srivijaya.”

The research will soon be published, and I am sure History Channel will be lining up a documentary….with a follow-up show explaining it was aliens.

The Srivijaya Empire controlled two major passageways between India and China: the Sunda Straits from the city of Palembang and the Strait of Malacca—see the Sunda Strait, in the south, and the Strait of Malacca, to the north, on the map above. This control strengthened trade routes to China, India, and even Arabia. Some of the goods the people in the empire traded included ivory, tin, nutmeg, sandalwood, and strong-smelling camphor and aloes that were used for medicinal purposes. The empire had access to the trade network of spices from India and goods like silk and porcelain from China.

Even though we don’t have much political evidence about the scope of the Srivijaya Empire, records of trade between the Srivijayans and the Chinese make it clear that Srivijaya was a key economic actor. Chinese records show evidence of Srivijayan trade expeditions to the Song dynasty as well as China’s acceptance of the Srivijaya Empire as a vassal. Vassal states are subordinate to another nation. As a vassal to China, Srivijaya acted as a mediator between China and other smaller states on the Malay Archipelago. China considered it a great honor to bestow vassal status on another empire, so we know that the economic relationship between the two regions was strong.

They apparently uncovered an enormous cachet of treasure from the area’s fabled “City of Gold”.