Substantial majorities of today’s prospective jurors believed that people of color are treated fairly by the police particularly (68%) and the criminal justice system generally (79%). 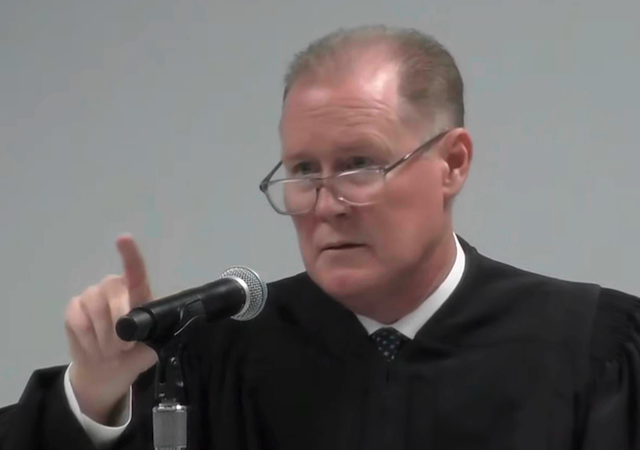 Welcome back to our ongoing coverage of the Ahmaud Arbery case, in which defendants Greg McMichael, Travis McMichael, and William Bryan are being tried for murder and other charges in the shooting death of Arbery.  I am, of course, Attorney Andrew Branca, for Law of Self Defense.

Today the court proceeded with jury selection, or voir dire, in the case, with the goal of empaneling 12 jurors and 4 alternates.  Although Judge Wamsley presiding over the trial had initially expected jury selection would take no longer than two weeks, the unexpectedly slow pace of voir dire in these first few days has led him to become concerned that jury selection could, in fact, take longer than that.

Also notable today was that at the start of the defense general voir dire, one of the jurors expressed concern that apparently members of the media were releasing some very specific details about the jurors, such as the names of colleges from which they had graduated–information that might be used by others to identify the jurors.

Judge Walmsley indicated that he’d been made aware of this kind of thing happening, had spoken to the media to clarify the importance of the anonymity of the jury, and reassured them that their anonymity would be maintained.

Today’s was the third group of prospective jurors put through the selection process, with each group nominally numbering 20 people.

Today’s voir dire process mirrored that of yesterday—a fresh group of 20 prospective jurors were brought in for general voir dire this morning (although one was immediately dismissed for medical reasons, leaving a group numbering 19).

General voir dire is occurring in a room other than the courtroom, to best accommodate the relatively large size of each group of prospective jurors.  We’ll share our notes and video of the general voir dire proceedings with you here.

As one would expect, Judge Walmsley’s opening remarks to the prospective jurors today was essentially identical to his remarks from yesterday.

It was here that a substantial majority of the prospective jurors (60% of them) indicated that they had already formed or expressed an opinion of guilt or innocence of the accused.

Judge: Any of you related by blood or marriage to any of defendants or Ahmaud Arbery? No one.

At that point he handed over general voir dire to the State, in the form of Senior ADA Linda Dunikoski.

Once again, ADA Dunikoski took about 40 minutes to work through roughly 80 questions identical to those she asked yesterday, as well as to read through a lengthy list of prospective witnesses to see if any were known to the panel.  There were no particularly notable responses, individually or collectively, to the State’s questions.

Anyone not live in Glynn County? No one.

Anyone convicted of felony, not had rights restored? No one.

Indictment returned June 2020, anyone sit on that grand jury? No one.

Anyone here who is POST certified LEO with arrest powers? No one.

Anyone here full-time student enrolled and attending classes? No one?

Anyone here full-time caretaker of child under 6 and no other care possible if on jury? #146

Anyone here full-time caretaker of elderly or handicapped? #139

Anyone here difficulty understanding English? No one.

Anyone related by blood or marriage to current Brunswick DA Keith Higgins? No one. Anybody personally know him? #150.

DA assigned to this case, Cobb County DA Flynn Brody–related by blood/marriage or know personally? No one.

Anyone know us three prosecutors? No one.

Need to double check above numbers.

Any questions about why Cobb County assigned by GA AG? #152.

Unable to give state fair trial because we are not from Glynn County? No one.

Anyone related to former Glynn County ADA George Barnhill, prosecutor, or his son, Barnhill Jr.? No one.

Atlantic circuit DA Durden? No one.

Anyone know Sheffield or Rubin, defense attorneys? No one.

Know Laura or Frank Hogue, defense attorneys? No one.

Markus Arbery Jr., brother? No one.

Anyone serve on any grand jury? No one.

When notified of jury duty, linked to web site, were some court documents on this case there, if you looked, need to let us know now. #152

Experience in the field of social work? No one.

Work experience in counseling, psychology, psychiatry? No one.

Experience in legal field, lawyer, paralegal, assistant in legal firm? No one.

Anyone with medical training? No one.

Related or close friend who is criminal defense attorney? #158

Anyone personally knows an attorney who works within criminal justice system, prosecutor or defense attorney? #150

Anyone had a notable bad experience with law enforcement? #150, #167

Notable bad experience with a prosecutor? No one.

Good experience with a prosecutor? #158

Convictions for crimes–like DUI or more serious. Not traffic tickets.

Anyone here falsely accused of crime, involved police or not? No one.

Ever taken a cell phone video of crime in progress? No one.

Ever taken it upon self to investigate a crime? #158

Live in Royal Oaks neighborhood? No one. Previously? No one. Familiar with? #172.

Religious, moral, ethical conviction would prevent you from passing judgment on someone else? Can’t decide guilty or not guilty? #172

Private reason for not being able to arrive at verdict? No one.

Do you have relative or close friend ever been arrested and thought circumstances were police or criminal justice system didn’t treat that person fairly? #152, #175

Relative or close friend arrested for kidnapping or false imprisonment? No one.

Relative or close friend arrested for shooting someone? #158

Judge Walmsley will give you law in this case, anyone feel they will not be able to follow law? No one.

Anyone here who WANTS to serve on jury? No one.

Having completed her questioning of the prospective jurors, ADA Dunikoski turned the pool over to the defense.

It seems that defense counsel Jason Sheffield was selected from among the greater group of defense attorneys to ask their general voir dire questions on behalf of all them (although, technically speaking, he represents only Travis McMichael).

It is notable that Sheffield again introduced Travis McMichael as “former Coast Guard,” without objection from either State prosecutors (they had objected forcefully the first time this was done), nor objection from the court.  Accordingly, I expect this will be done in every general voir dire.

Sheffield’s questioning of the pool took about 18 minutes, asking about 20 questions identical to those he asked yesterday.

Have you formed a negative feeling about the defendants?

Negative feelings about defense lawyers generally? No one.

Ever supported a political candidate because they intended to LIMIT gun rights in any way? No one.

Anyone oppose laws that allow people to carry guns on person in public? No one.

Ever participated in any demonstrations or marches related to social justice movement, either prior to or after shooting in this case? Signs, etc.? No one.

Sheffield: Have you participated or supported in any way the BLM movement, very important movement in our country and community, even if just in thoughts or prayers or funding, signs, bumper stickers, anything like that. #156, #143, #146, #164, #167, #172

Ever been denied opportunity because of ethnicity or race? Job, access, membership, whatever. No one.

Ever been falsely accused or placed under suspicion because of ethnicity or race? No one.

Psychology–anyone feels that psychologist or psychiatrist could find mental illness in just about anybody? #150, #152, #139, #167,

Any mental, visual, hearing, physical impairment keep you from comfortably sitting for long periods of time? Be distracted as a result? #139, #156, #164

Lastly, any general concern that after this case could suffer some kind of consequence that would cause you to have a tough time serving on this jury, in some way service on this jury would create problems for you in your life. Hope everybody understands what I’m saying. That this particular case could cause you to have problems in your life afterwards? 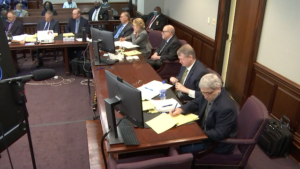 Presumably local journalists will be reporting the bare facts such as how many jurors were dismissed and how many seated, and we’ll share that information with all of you as it comes our way.

So the judge “clarified’ the importance of jury anonymity to the media, who will now take that as a challenge to their ability to influence the verdict. Might as well begin constructing the gallows now.

For the media, the jurors or for the murderers?

Intimidation of needs to be harshly punished.

But in today’s America it will not be, ever.

The juror intimidation was successful in the Chauvin case because the trial became very technical early on and when presented with he wild speculation from the prosecution’s witness, it was easy to just go with it. Essentially, the prosecution created enough fog that jurors could do the easy thing and just give in to political pressure.

Is there enough material in this case that will be susceptible to the same kind of expert-technical snow job such that the political pressure will be successful?

Just want to say, thank you for covering these in such detail.

I’ve lost much faith in the fair and impartial application of law lately, but understanding how a system is supposed to work is still important to maintaining and restoring it.

If you know one juror is worried about being outed by the media there has to be more potential jurors that think the same thing.

This doesn’t bode well for our court system and defendants especially with big public cases like this one.

Rodney King was a huge trial in the country but the jurors weren’t worried about being attacked after the trial for their verdict so they could render a verdict based on the evidence. Now it’s in the back of every jurors head that a verdict that goes against what the mob wants could be met with harassment at home and work. This could push a juror to vote a certain way regardless of the evidence.

“Is there enough material in this case that will be susceptible to the same kind of expert-technical snow job such that the political pressure will be successful?”

I really hope the judge’s clarification to the media was:

“If you leak any identifying info about the jury, I will declare a mistrial immediately. Go ahead, test me.”