“As many as 4,000 students, alumni, faculty, staffers and their families were unable to evacuate the country” 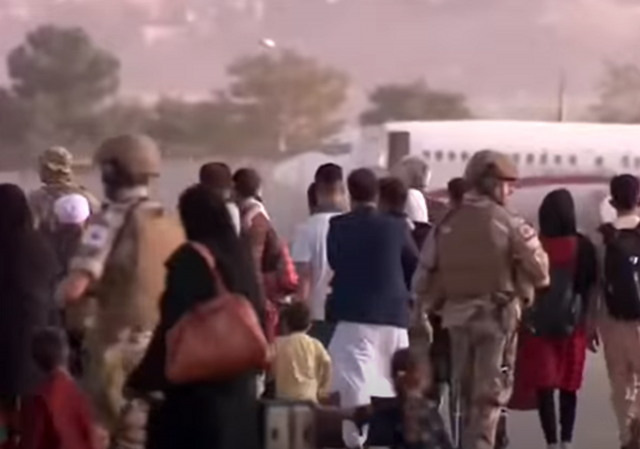 Thousands of Afghan students, faculty, and family members at American University of Afghanistan who want to escape the country are still stranded there.

The school opened in 2006 and has been attacked by the Taliban in the past.

Officials from the American University of Afghanistan are pleading for assistance this week after thousands of Afghans with ties to the school were stranded in the country following the U.S. withdrawal.

As many as 4,000 students, alumni, faculty, staffers and their families were unable to evacuate the country, according to Leslie Schweitzer, a board member and chair of the Friends of American University of Afghanistan. Nearly 150 students were able to escape prior to the withdrawal, but hundreds more were barred from entering Kabul’s airport due to security threats as the final flights departed.

Officials are still attempting to secure passage for the families amid concerns that the Taliban could retaliate against Afghans with close ties to Americans. One student, who wished to be identified only as Miss Amin, told “Fox and Friends First” earlier this week that students who were unable to leave are “living a nightmare.”

“It was really this disappointment. We really thought that we are going to have a future and finish our studies. It really kills us inside,” she said.

In the video below, the university president, who has escaped Afghanistan, describes efforts to get students and others out of the country:

Students, relatives and staff from the American University of Afghanistan are stuck and trying to get out, President Ian Bickford says.

"We have been attempting to move 1,200 students, faculty, staff and family members out of Afghanistan," he said. Their future is "unclear." pic.twitter.com/5lzDUpGg9k

Kaelan Deese of the Washington Examiner has more:

The university is composed of some American personnel educators teaching Afghan students attending the school. Current and former students of AUAF congregated at a safe house on Sunday and rode buses to the airport, waiting seven hours for clearance before facing rejection from airport clearance officials, according to a report from the New York Times.

“I regret to inform you that the high command at HKIA in the airport has announced there will be no more rescue flights,” the AUAF officials told roughly 600 students in an email, according to the outlet. The student group was also informed the university gave out their names to the Taliban presently operating checkpoints surrounding the airport, an action that left many alumni and students distressed.

They impeached Trump for a phone call that made less stringent requests of Ukraine than Joe Biden bragged making. And yet the Dems say that this debacle is not an impeachable offense!