6th Circuit: Male former student “seeks damages for emotional and psychological suffering he claims to have experienced as a result of the College’s determination that a Title IX sexual misconduct investigation should proceed against him. Thus, Doe’s case is not moot.” 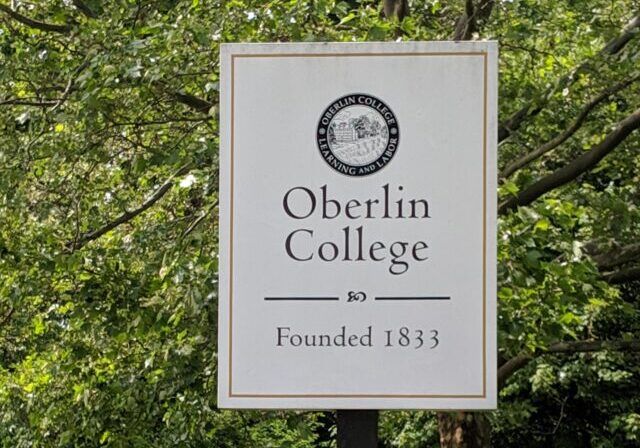 John Doe No. 2 was the case in which the male student did something no male student in the history of Oberlin College had done: Win a campus sexual assault discipinary hearing. We summarized the case backround and disciplinary board findings in our most recent post in early April 2021, Rare Win For Oberlin College Male: “We were the first case in Oberlin’s history to win a Title IX hearing”.

Procedurally, the case was in the 6th Circuit Court of Appeals because prior to the campus disciplinary hearing, John Doe No. 2 had his attempt to obtain an injunctions halting the hearing denied in the District Court. The District Court also dismissed his federal law claim on the merits, and dismissed his state law claims as premature. John Doe No. 2 appealed to the 6th Circuit.

The 6th Circuit just ruled in favor of John Doe No. 2, keeping the case alive on appeal. In an Order dated June 29, 2021, the appeals court ruled:

This lawsuit arises from a college sexual misconduct investigation initiated against Plaintiff John Doe under Title IX of the Education Amendments of 1972, 20 U.S.C. § 1681 et seq. While the investigation was ongoing, Doe filed this lawsuit against Defendants Oberlin College, its Board of Trustees, its Title IX Coordinator, and various unnamed officials (collectively, “the College”), asserting violations of Title IX, denial of his federal right to procedural due process, and related state law claims. The district court denied Doe’s motion for a temporary restraining order, dismissed his due process claim on the merits, and dismissed his remaining state and federal claims without prejudice as premature. Doe appeals. During the pendency of this appeal, a disciplinary hearing panel found that Doe did not violate the College’s sexual misconduct policy with respect to the complainant’s allegations. The College now moves to dismiss the appeal as moot. Doe responds in opposition and the College replies.

The College argues that Doe’s case is moot because the disciplinary hearing panel absolved him of any wrongdoing, and we can afford him no effective relief. “To satisfy the irreducible constitutional minimum of Article III standing, a plaintiff must not only establish (1) an injury in fact (2) that is fairly traceable to the challenged conduct, but he must also seek (3) a remedy that is likely to redress that injury.” Uzuegbunam v. Preczewski, 141 S. Ct. 792, 797 (2021) (internal quotation marks omitted) (quoting Spokeo, Inc. v. Robins, 578 U.S. 330, 338 (2016)). Doe does not dispute that his requests for injunctive relief are now moot. But a prayer for damages, even nominal damages, “satisfies the redressability element of standing where a plaintiff’s claim is based on a completed violation of a legal right.” Id. at 802. Doe’s complaint seeks monetary relief for alleged completed violations of his legal rights. For instance, he seeks damages for emotional and psychological suffering he claims to have experienced as a result of the College’s determination that a Title IX sexual misconduct investigation should proceed against him. Thus, Doe’s case is not moot.

The College also suggests that Doe cannot challenge its Title IX sexual misconduct investigation because the statute makes such investigations mandatory. But this position, which is tantamount to an assertion that a college can never be sued as the result of a Title IX sexual misconduct investigation, is untenable. Cf. Doe v. Miami Univ., 882 F.3d 579, 589 (6th Cir. 2018) (identifying “at least four theories of liability that a student who is ‘attacking a university disciplinary proceeding on grounds of gender bias,’ Yusuf v. Vassar Coll., 35 F.3d 709, 715 (2d Cir. 1994), can potentially assert under Title IX”). Finally, the College argues that Doe’s underlying claims fail as a matter of law. In doing so, however, the College conflates mootness with the merits.

Accordingly, the motion to dismiss is DENIED.

So John Doe No. 2 can continue his appeal seeking to reinstate his federal and state money damage claims against Oberlin College. A briefing schedule on this substantive aspect of the case has been issued. We will continue to follow the case.

[I know a lot of you are wondering about the status of the Gibson’s Bakery v. Oberlin College case. There have been no developments as of this writing since our update on May 18 regarding the new judge assigned to the appeals panel. We check the court docket everyday, but still no decision.]

I hope that Oberlin has to start buying personal lube in bulk when these cases come to an end.

Their conduct has been atrocious. Their arrogance is staggering.

And I believe the Title IX coordinator here is none other than Queen Raimondo, which I believe is one of the reasons that Oberlin wanted her involvement in the Gibsons’ case to be removed in all of their offers to settle. She is the gift that keeps on giving.

Oberlin College has earned every bit of denigration it’s receiving. Justice Delivered’s point is well made!

It’s so hard to keep all the John Does straight. You say John Doe Number 2 to me, and I immediately think of that guy who helped Tim McVeigh blow up the Murrah Building.

The guy who — although he showed up on multiple videos and was reported by multiple eyewitnesses — turns out never to even have officially existed.

It was so in-your-face blatant, I would have expected his number (2) to be retired permanently.

So the key takeaway here seems to be; always include a claim for nominal damages as well.