“For me to speak about what I’ve learnt to be such a controversial issue will inevitably bring my bandmates more trouble.” 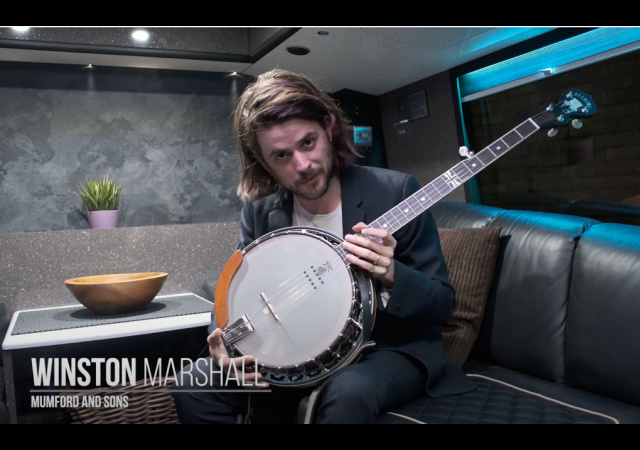 Banjoist Winston Marshall officially departed Mumford & Sons after stepping back when the left attacked him when he praised Andy Ngo’s book Unmasked.

On Medium, Marshall expresses joy and happiness for his time in Mumford & Sons. He can not believe he got paid for doing what he loves.

“Who in their right mind would willingly walk away from this?” asked Marshall. “It turns out I would. And as you might imagine it’s been no easy decision.”

Marshall wrote in his March tweet, “Congratulations @MrAndyNgo. Finally had the time to read your important book. You’re a brave man.”

It did not take long for the left to assume Marshall belonged to the right because he enjoyed Ngo’s book. He did not realize the rabid mob would misconstrue his simple tweet.

But Marshall reminds everyone why we should think before we speak:

Over the course of 24 hours it was trending with tens of thousands of angry retweets and comments. I failed to foresee that my commenting on a book critical of the Far-Left could be interpreted as approval of the equally abhorrent Far-Right.

Nothing could be further from the truth. Thirteen members of my family were murdered in the concentration camps of the Holocaust. My Grandma, unlike her cousins, aunts and uncles, survived. She and I were close. My family knows the evils of fascism painfully well. To say the least. To call me “fascist” was ludicrous beyond belief.

Despite being four individuals we were, in the eyes of the public, a unity. Furthermore it’s our singer’s name on the tin. That name was being dragged through some pretty ugly accusations, as a result of my tweet. The distress brought to them and their families that weekend I regret very much. I remain sincerely sorry for that. Unintentionally, I had pulled them into a divisive and totemic issue.

Emotions were high. Despite pressure to nix me they invited me to continue with the band. That took courage, particularly in the age of so called “cancel culture”. I made an apology and agreed to take a temporary step back.

The left could not constrain its hate just on Marshall. It had to span to his bandmates.

“In the mania of the moment I was desperate to protect my bandmates,” explains Marshall. “The hornets’ nest that I had unwittingly hit had unleashed a black-hearted swarm on them and their families. I didn’t want them to suffer for my actions, they were my priority.”

Marshall laments that society forces us to identify with a political ideology. He’s called himself centrist or liberal but admits he is a “bit this, bit that.”

“I had criticised [sic] the ‘Left,’ so I must be the ‘Right,’ or so their logic goes,” writes Marshall.

Marshall admits that he might not have known enough about Ngo. He read more about Ngo, but nothing changed.

“The truth is that reporting on extremism at the great risk of endangering oneself is unquestionably brave,” asserts Marshall.

The hatred Marshall received will never go away. He knows it and knows his bandmates will suffer. Even though they stick by him and support him, the hate will not stop.

It is why many people choose not to speak out. Not only could it destroy their career but those around them.

Marshall wants to speak out without harming his bandmates, especially Marcus Mumford:

For me to speak about what I’ve learnt to be such a controversial issue will inevitably bring my bandmates more trouble. My love, loyalty and accountability to them cannot permit that. I could remain and continue to self-censor but it will erode my sense of integrity. Gnaw my conscience. I’ve already felt that beginning.

The only way forward for me is to leave the band. I hope in distancing myself from them I am able to speak my mind without them suffering the consequences. I leave with love in my heart and I wish those three boys nothing but the best. I have no doubt that their stars will shine long into the future. I will continue my work with Hong Kong Link Up and I look forward to new creative projects as well as speaking and writing on a variety of issues, challenging as they may be.

Why do we allow people to perpetuate the lie that fascism is a right-wing ideology? There is nothing ‘right wing’ about government control.

Anyways, it’s not easy but yet another retreat from a twitter mob.

The Marxists perpetuate the lie and then use it to smear their political opposition. They’ve been calling Republicans and conservatives fascists and Nazis since about 1946.

We’ve now reached the point where they’ll send people to an American Gulag, to join the Jan 6 ‘insurrectionists’ already there, whenever the FBI determines they are fascist white supremacist terrorists. Based solely on what they have said or written. If they can find a way to do it any attempt by Trump supporters to organize and peacefully protest will be squashed by the American Stasi. Aided and abetted by the Democrat corporate media propaganda corps.

“It is a dangerous thing to be unlike other people. It is still more dangerous to be better than other people. The world has a little heap of depreciatory terms which it flings, age after age, at all men who have a higher standard and nobler aims than their fellows.” Alexander MacLaren

Not for nothing, but the left both warrants and deserves harsh criticism 24/7/365. And doing so doesn’t mean you’re on the right; it just means the left sucks that much.

Did anybody else find Marshall’s comments cringy and embarrassing to read? Marshall may have read Ngo’s book, but I don’t think he understands the ramifications of what Ngo wrote.

Despite what Marshall would like to believe, there is no middle ground between a fictitious “Far Right” and the budding Khmer Rouge that has targeted him and his former bandmates. In the Communist mindset you are either 100% on their side – or you are an Enemy of the People. No third option.

I didn’t come to my senses overnight, it was a process, but I believe and know there are people who would turn me “in” as an insurrectionist if push came to shove.
People I have loved and called friends, relatives…

I agree. He showed little courage in backing down so quickly and his bandmates showed even less in allowing him to quit.

There can be no backing down from the left. None. Never apologize, never give in and never back down.

In fairness, he was in a tough spot. The “artistic community” is notorious for its rigid groupthink and absolute intolerance of differing opinions and ideas (that explains why so much modern music, writing, movies, etc. is preachy, boring, shitty and worthless).

Like all self-describes centrists, Marshall believes that there is a dangerous, unreasoning Far Left and a dangerous, unreasoning Far Right, that both are more or less the same in terms of strength, and that the only sensible place to be is in the “middle”. For centrists this world view is both common and false. In reality, there is no “Far Right” to speak of in the US (“Far Right”, properly defined, is borderline anarchy, not another form of collectivist tyranny). National socialism and international socialism (a.k.a. “democratic socialism) are manifestations of the Far Left, not polar opposite as Marshall imagines.

In the US there is the Far Left (a relatively small group which controls most institutions) and the Not Far Left (everyone else). In this increasingly totalitarian climate there is no Sensible Middle for Marshall to stand on. If he really believes that quitting will spare his friends and family, the Khmer Rouge will disabuse him of that notion the next time he says or does anything that incurs their wrath. Communists cannot produce food, cannot maintain roads, bridges, or buildings, cannot even keep the lights on and the water running, but they are very good at tormenting “racists”.

“Far-Right” would be a Libertarian Junta or something.

The political spectrum my polysci professors tried to force-feed me put Fascism on the Right, Communism on the Left, and …. wait for it …. socialism in the middle! No room for us limited government types.

For “Far Right” I was thinking of a severely limited government unable to even maintain basic order, so I am not sure what a Libertarian junta would look like. In graduate school at the University of Texas I hung out with the campus Libertarian Party (some libertarians have assured me that the Libertarian Party is not libertarian, and maybe they are right). I was attracted to the party’s message of personal and economic freedom. But what I found was a group that wanted “free” drugs, “free” pr-0-n, and “free” health care when their drug use inevitably destroyed their health. About economic freedom they were largely indifferent, and were only outraged by senseless overseas military meddling when a Republican was in the White House. There was also an interesting debate between those who wanted unrestricted private ownership of firearms, and those who wanted to totally abolish private ownership (even by Libertarian Party standards that latter group was weird).

?
We have plenty
Maybe you mean someone in the Entertainment business

He didn’t cave, and I respect him for that, but he ceded too much ground. At least Winston knows how many fingers he’s holding up, probably two, with thumb and palm toward his own face (the American equivalent is holding up just one finger).

I didn’t get that at all. He stayed true to himself and just isn’t exactly like me, you, or most people here (or there). I’m okay with that and can respect it.

I will be listening to their music from here on out, but I’ll have to wait to decide if I want to listen to the stuff post-Marshall or not.

Andy Ngo is an American hero. He is what all journalists are supposed to be but very few have the courage to be.

Interesting….the left has decided to level the playing field in the name of “equity” by attacking what allows them to live a lavish lifestyle.
It’s time for the White American Male to withdraw his effort and help himself. Let it crash.