He “respectfully requests that this Court grant his motion for a mitigated dispositional departure or, in the alternative, a downward durational departure.” 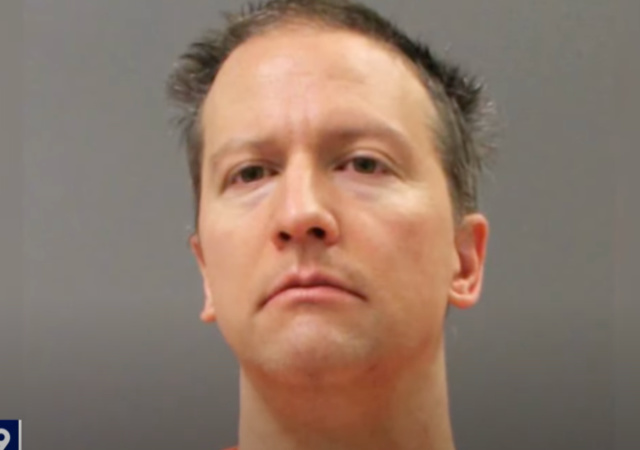 Former Minneapolis police officer Derek Chauvin filed a motion asking him to sentence him to time served plus probation or less time than what the state requests.

A presentencing investigation (PSI) was completed, and the officer who conducted the PSI concluded that Mr. Chauvin’s criminal history score is zero. Because all three crimes of conviction arose from the same behavioral incident, they merge, and the Court must pronounce a sentence only on the highest-level offense, which, in this case, is second-degree, unintentional felony murder. The sentencing range for this offense is 128 months to 180 months, with a presumptive duration of 150 months. (See, e.g., Sentencing Worksheet). Any sentence outside the guidelines range would be considered a departure.

Mr. Chauvin asks the Court to look beyond its findings, to his background, his lack of criminal history, his amenability to probation, to the unusual facts of this case, and to his being a product of a “broken” system. Mr. Chauvin respectfully requests that this Court grant his motion for a mitigated dispositional departure or, in the alternative, a downward durational departure.

Eric Nelson, Chauvin’s attorney, claims the judge should consider Chauvin’s age since officers have a “generally shorter” lifespan. They also “have a significantly higher probability of death from specific diseases than did males in the general population.”

“Mr. Chauvin is now forty-four years old and is nearing the healthier years of his life,” wrote Nelson. “He has been preliminarily diagnosed with heart damage and may likely die at a younger age like many ex-law enforcement officers.”

Nelson also pointed out that the conviction increases “the likelihood of him becoming a target in prison.”

Cahill found Chauvin eligible due to these factors:

Chauvin can get up to 40 years on the second-degree murder charge. However, Minnesota’s “state sentencing grid recommends 150 months (12.5 years) for a man with Chauvin’s past.”

Cue the civic-minded citizenry to assist the judge in deliberations, through the judicious application of molotovs, window hammers, ice bottles, and pepper spray.

Thanks for the link, I read most of it last night. Hard to argue that most of what is presented isn’t true, not sure Cahill will act in any manner favorable to Chauvin given his record in this case.

Yeah Chauvin can get up to 40 years in this disgusting travesty of a trial.

Meanwhile the animal that carjacked and killed Mohammed Anwar gets released in 2 years.

Our ‘justice’ system is worthless.

We need to start just saying no to criminals and their supporters.

The alternative was a not guilty verdict, which is what would have happened had the DA tried the 15 year old as an adult. Like it or not, no DC jury was going to send a 15 year old black girl to med-max security adult prison for 5-10.

Excellent point. And we need to remember that we have, as a society, chosen 18 in general, as the age one is legally an adult. That matters.

IMO, two years for an act resulting in death is much too light. There needs to be a middle ground established for teenagers committing serious crimes; rape, child abuse, homicide/manslaughter.

If actually ‘reformed’ then grant supervised parole for the remainder of the sentence. If not …well they had an opportunity to earn leniency and didn’t choose to meet the obligation required.

no DC jury
Which says more about the awfulness of the people in DC than it does about the judicial system. They both deserved to be tried as adults and sent up for the rest of their lives. Sorry, but “kids” shouldn’t get special treatment when they kill someone like that.

Recognition that our society has widely adopted the age of 18 as the Andy into adult responsibility and adult freedoms isn’t, IMO, special treatment.

If we are going to argue that that those under age 18 shouldn’t be allowed to make any medical decisions about ‘transition’ as I do, then logic and honesty compels me to be consistent.

Either 18 = adulthood or it doesn’t. Yes, I am aware that there are privileges such as purchasing tobacco and misguided restrictions on purchasing firearms who senate threshold is greater than 18.

IMO, we need to adopt one age for voting, signing a contract, entering the military, consuming alcohol or tobacco and yes being incarcerated as an adult.

As I stated above, juvenile facility until 18 then transferred to adult facility until age 25. If and only if they have met strict performance requirements and were model prisoners then they could serve the remainder of the sentence on supervised parole. One eff up during parole and they go back to serve the remainder of the sentence w/o possibility of early release.

Makes sense, I tend to agree with you

What he needs is a campaign for mayor of Minneapolis or governor of Minnesota.

I thank Officer Chauvin for his service.

For those who don’t recall, Noor cold bloodedly shot Justine Ruszczyk Damond – an unarmed Australian woman in her pajamas trying to report a rape,

Activists complained that the conviction was proof of racism and comparisons were made to the subsequent Floyd death..

You know, and I know, that the goal of the government and its clients in Leftist Minnesota is the death of Chauvin and the other officers involved in this suicide by Floyd. And that they will probably get it.

Not necessarily death, but definitely some blood in the sand. Maybe a maiming or two.

Maybe Derek should have thought of the consequences of keeping a man that he said was having a medical condition, pinned down with a knee to his neck

All addicts reacting to drug overdoses are “having a medical condition.” Chauvin and the other cops had been trained to keep such individuals under restraint, for their own protection as well as the protection of the suspect, until paramedics arrive. Chauvin did as he’d been trained to do. In the vast majority of cases, the suspect would not have suffered any harm as a result of the restraint. But George Floyd had a severely diseased heart, something that Chauvin had no way of knowing. And that severely diseased heart, combined with the drug overdose, caused Floyd to die while under the restraint. That was unfortunate, but it was not the cops’ fault.

Chauvin did not testify.

I concur. He should have let Floyd get up and run off, thereby allowing the police to shoot a fleeing dangerous felon.
/sarc

Chauvin was guilty before he even walked in the courtroom just based on the bad optics of how he handled the criminal Saint Floyd. The jury was going to protect themselves by finding him guilty. I think an honest medical examiner would say Floyd died of a drug overdose, but honesty wasn’t on display at the trial. I’d be shocked if Chauvin does get close to the maximum sentence.

That last sentence should read: I’d be shocked if Chauvin does not get close to the maximum sentence.

As we now know from the court filings by the other cops’ lawyers, the ME who performed Floyd’s autopsy, Dr. Baker, DID initially conclude that Floyd’s death was due to a drug overdose. But after Baker shared his initial findings with the prosecutors, he was threatened and coerced to change his opinion.

Here is an issue that has been sticking in my mind. Before the federal indictment, I read that Attorney Nelson fought and won a motion to keep out that Chauvin had used the same technique on a 17 year old for 17 minutes. If Chauvin was disciplined and then used the same technique again, then he is a fool, If he was supported in the case, then his superiors are liars and they testified against Chauvin on the stand to avoid doxxing, physical attacks, and whatever nastiness you can think of. The circumstances in the other case are key.

I know a lot of people here don’t agree with the verdict. Still, it remains the verdict, he was convicted of murdering a man, he will NOT get probation, nor should he.

As the new trial brief correctly points out, the verdict is not supported by the law.

“The statutes can also be distinguished because the mens rea elements have a different focus. Domestic abuse murder requires that the extreme indifference be directed at the specific person. Depraved mind murder, on the other hand, cannot occur where the defendant’s actions were focused on a specific person.” State v. Barnes (Minn. 2006) 713 N.W.2d 325, 331

An excellent argument for appeal, and one that I agree with, but it’s got nothing to do with sentencing.

Also, remember that “murder” here is much closer to aggravated manslaughter than it is to what we normally call murder.

I think it’s crazy that Minnesota doesn’t apply the Merger Doctrine, and wish the MSC would change that practice. But again, this is an issue for appeal, not sentencing. Courts have to sentence people for crimes for which they’ve been convicted.

Children were present
Seriously? This is an aggravating factor?

And a couple of the others are terribly subjective. Given the emotion surrounding this case, that subjectivity seems a violation of due process.

If you watch the videos that show the children present, you notice they are smiling for a good portion of the subdual. The outrage on their behalf is bizarre since neither the young woman who recorded the video that went viral nor the very young girl had any reaction other than smiling and bland expression. Neither appeared to be in distress about what they were watching.

Guilty until proven innocent beyond a reasonable doubt. A judgment rendered on plausible (i.e. post-normal), rather than probable cause. A carriage of social justice a.k.a. witch hunt and warlock judgment.

The medical condition preceded, and, in fact, prompted a premature exit from the police vehicle. The combination of fentanyl, comorbidities, and criminally-induced stress (guilty conscience) was too much for Floyd to bear what was likely a progressive condition.

One of the children recorded the event instead of taking the younger family member away from the scene. I wonder what the context is in court cases where a child was present. My instinct is that the circumstances are highly different than a street scene where no one was prevented from leaving.

Similar case playing out in Seattle

This is an interesting read. The prosecution of the officer who shot Rayshard Brooks is largely based on false pretenses from an activist DA per the GBI investigation.

Re Chauvin: there but for the grace of God go all of us.

Very interesting read. I don’t know enough about the MN appellate CT to divine whether they might be persuaded. Even then the State has every incentive to appeal higher to keep the conviction intact.

Based upon last nights events I don’t see any letup in the pressure of the mob. They ain’t likely to be pacified by appellate rulings that favor Chauvin.

He is a hard Cop, in a hard City, where nobody respects the Law.
I’d welcome him in my town.