No, the bill does not ban you from teaching certain parts of history. The bill says that “no teacher shall require or make part of a course that one race or sex is inherently superior to another race or sex.” 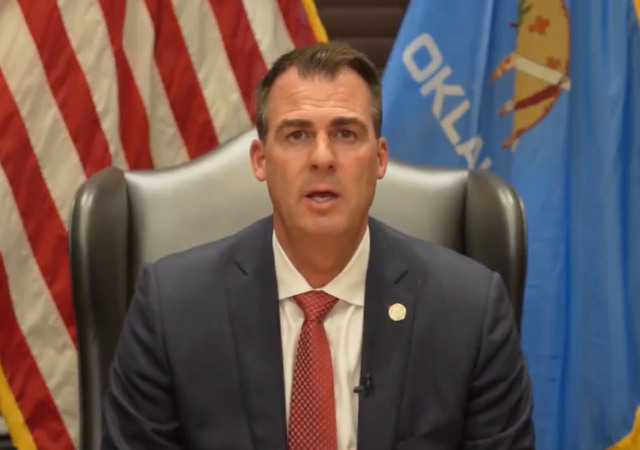 Oklahoma is the second state to ban CRT. Idaho became the first and a handful of other states have bills in the legislature or on the way to the governor.

“Now more than ever, we need policies that bring us together, not rip us apart,” said Stitt. “As governor, I firmly believe that not one cent of taxpayer money should be used to define and divide young Oklahomans about their race or sex. That is what this bill upholds for public education. Verbatim it reads, ‘no teacher shall require or make part of a course that one race or sex is inherently superior to another race or sex.’”

Democrats, the left, and unions tried to stop Stitt from signing the bill. They all claim the same thing: white supremacy. They literally think the bill means schools cannot teach any history except white history.

Nothing in this bill prevents or discourages those conversations. In fact, this bill clearly endorses teaching to the Oklahoma academic standards, which were written by Oklahoma educators and include events like the Oklahoma City Bombing, the Tulsa Race Massacre, the emergence of the Black Wall Street, Oklahoma City lunch counter sit-ins led by Clara Luper and the Trail of Tears.

In other words, no white supremacy! CRT wants kids to grow up thinking that they are inherently racist and they cannot do anything about it.

Good, hopefully more states will follow suit. Glad Stitt emphasized that it’s not white supremacy at all and that Stitt explained that standard Oklahoma history teaches about a variety of events, some good, some bad, but it’s not at all just white people good (McVeigh will forever be a scar upon this state and nation).

The Oklahoma State University System as it now exists was created in 1980. The Stillwater campus was designated as the flagship institution alongside branches including OSU-Institute of Technology in Okmulgee , OSU-Oklahoma City, OSU-Tulsa (1984), and the Center for Health Sciences (also in Tulsa). These are state land grant funded schools.

Gov. Stitt does not specifically say, but using his words of “tax funded” educational system, I would like to think this applies to the acceptable standards in the State University System also.

Each state on your other CRT website has a separate page. Please consider adding information about these new laws to the relevant pages. Thanks,

We have to celebrate normalicy now.

In any event, roast up Stacey Adams, and we’ll feed more people than Jesus did.

Why the qualifier “inherently” ?

The CRT folks will argue tat they don’t teach any racial qualities are “inherent”. After you denounce your race and yourself, give your kids over for indoctrination and give your house to BLM – you are then cleansed. And restored to a state of “anti-racism” as defined by the Neo-racists.

THIS IS BADLY WORDED. IT WILL NOT STOP ANYTHING.