“Remember when the left assured us that billionaires were evil and had no place influencing policy?” 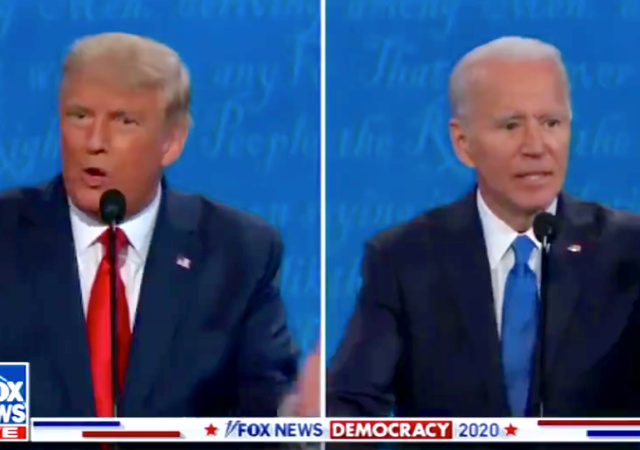 By now, it is clear that over the last four years Democrats, the left, and their many allies in media were living in a constant state of projection.

They regularly assigned to Trump, things they would ultimately do if they retook power.

They immediately stopped wall construction on the southern border and built a wall around the Capitol, for instance. There are many other examples. Let’s not forget the billionaires who run social media companies like Twitter and Facebook.

In the spirit of this, I recently employed the expression popularized by Professor Glenn Reynolds of Instapundit.

They told me if I voted for Trump, billionaires would run the country and they were right. https://t.co/7K2jgDhZgI

They told me if I voted for Trump, the left would keep rioting and they were right.

They told me if I voted for Trump, we'd be living under a form of neo-fascism and they were right.

This NewsBusters story by Joseph Vazquez is something else:

An organization backed with millions of dollars from liberal billionaires Bill Gates and George Soros has launched a commission led by radical liberals to fight “mis- and disinformation.”

The commission, dubbed the Aspen Institute Commission on Information Disorder, is co-chaired by leftist Katie Couric Media founder Katie Couric. Couric recently suggested during a segment with HBO host Bill Maher that “we” should “deprogram” people within former President Donald Trump’s “cult.” The commission is also chaired by leftist Rashad Robinson, who leads the Soros-funded and racially charged Color of Change group.

Color of Change was recently behind an effort to defund police foundations. The last co-chair, former Cybersecurity and Infrastructure Security Agency Director Chris Krebs, had claimed that the 2020 election was “the most secure in history.” Krebs’ comment earned him backlash from a senior Department of Homeland Security official, according to Fox News.

The Bill & Melinda Gates Foundation and two organizations within Soros’s Open Society Network — Foundation to Promote Open Society ($2,594,780) and the Open Society Institute ($445,000) — have pumped Aspen Institute with at least $101,854,593 and $3,039,780 respectively between 2003 and 2020, according to Foundation Directory Online data. In addition, Aspen noted that the Commission was “fully funded” by Craig Newmark Philanthropies, the grantmaking organization of liberal billionaire Craigslist founder Craig Newmark. Last year, reporting showed that Newmark had spent $170 million to “save journalism” and “beat President Trump.”

Remember when the left assured us that billionaires were evil and had no place influencing policy?

Has anyone else lost track of how many times you’ve wondered what the left would have done “if Trump did this” over the last three months?

I am old enough to remember when President Trump saved the airlines from bankruptcy during the Chinese pandemic and the Fauci-induced economic shutdowns. Now, Delta Airlines CEO Ed Bastian issued a company-wide memo blasting the newly passed voter ID laws in Georgia, saying, “…the bill is “unacceptable” and does not match Delta’s values.”

Does Delta Airlines value the enormous tax breaks the State of Georgia granted to Delta? Why is the Delta CEO even inserting himself in this matter?

Questions from a shareholder:
1. Should we push for a ban of all airline carriers from flying into Atlanta? Let’s make them show passports saying they’ve been vaccinated, against liberalism, before they’re allowed to fly.
2. Do you let people board your planes without an ID? Under your liberal ideology, isn’t it racist not to let people fly just because they’re too irresponsible to get an ID?
3. Should Delta be listed on any stock exchange? Because with you in charge, Delta shareholders should be concerned about the damage to the valuable brand and stock price.
4. Focus on putting ice back on your planes. The flight attendant’s unions appear to be just as spoiled as the teacher’s unions, using Covid-19 as a reason to get paid for doing nothing.

Bastian opposes democratic integrity and facilitating eligible voters. Diversitists came out of the closet and are unabashedly proud of their bigotry.

The right has brought a knife to a gun fight.
The country slips away with each passing day.

The country of my youth (Truman/Eisenhower) is long gone. For all of his being a “Party man”, Harry Truman would not be part of the Socialist/Communist Party his Party has morphed into. Even as an adult I could vote for a Democrat Representative (Ralph Hall – Not that there was much choice as to who would win the election) before he, and other conservative “Blue Dog” Democrats, switched parties. Those Democrats are long under the grass and so is the Party they were part of.

More like the RINOs have brought strongly-worded-letters to a gun fight.

Dorsey provable lied to their fucking faces about the Hunter Biden censorship and they did NOTHING.

Were I a Delta shareholder, I would demand Bastien’s resignation. He just cost the stock holders a lot of money by losing the fuel tax exemption.

Delta was our airline of choice. Now we’ll have to read up on the political posturing of the remaining airlines and choose rightly when we fly. More and more however, it looks like we’ll be driving everywhere in our old age. More than the specific issue, it’s seeing them lose their sh!t and without a moments hesitation alienate more than half their customer base. I was already pissed at Delta for letting coach use the 1st class lav, sometimes even forming a line in 1st. I pay good money to avoid the rifraff you know. Going woke just helps me stick a fork in ’em.