The battle isn’t over yet.

Indeed, this week, the California Assembly Education Committee holds its first hearing on whether Ethnic Studies should become a mandatory part of the state-wide curriculum. 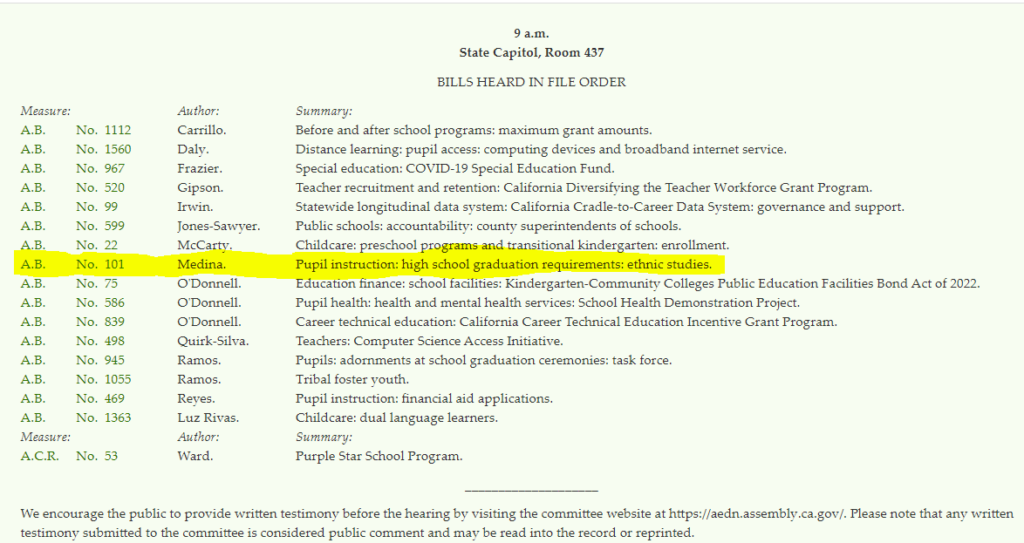 We’ve been following the ESMC debate for months, and have signed or covered multiple efforts by activists and academics alike to rid the document of the neo-Marxist-inspired ontological framework known as Critical Theory (including the oft-discussed sub-field, Critical Race Theory).

Our previous posts on the issue include:

As we reported in mid-March,

You can peruse all seven sections and 898 pages (!) of the final, passed version of the ESMC here or below.

Despite the official approval of the ESMC by the state Board of Education, concerned citizens continue to campaign against its implementation in California schools—and a dozen or so other states.

Blacks allied with #Jews to protest California mandating #ESMC/ #CriticalRaceTheory into statewide curriculum; Why, in spite of modifications that got it confirmed, it's fundamentally perilous https://t.co/dOfCTOY8Q9 @MichaelJFell #Jewish #antisemitism @sultanknish @EndJewHatred

"And the #ESMC is bound to go viral. A variety of efforts are underway to integrate ethnic studies into public education in Washington, Massachusetts,Arizona, New Mexico, Texas, Minnesota, New York, Vermont, Nevada, and Oregon."
https://t.co/F0eqU2yJYQ

In an April 2 op-ed published in the San Diego Union Tribune, Tammi Benjamin—director of the AMCHA Initiative and a leader of the charge against the model curriculum—wrote (emphasis added),

An important pillar of faith for education officials and legislators has been the belief that ethnic studies courses offer students numerous educational benefits. “There is considerable research evidence that well-designed and well-taught ethnic studies curricula have positive academic and social outcomes for students,” states the ESMC’s introduction, a direct quote from a 2011 monograph by CSU Professor Emerita Christine Sleeter.

Since its publication, Sleeter’s claim has played a central role in justifying almost every piece of public policy related to the teaching of ethnic studies in California schools. Her claim takes pride of place in the ESMC and in the law that mandated the curriculum’s development. It is in the law that made ethnic studies a CSU graduation requirement, and is referenced in AB 101’s precursor, a bill vetoed by Gov. Gavin Newsom last fall. Indeed, the role Sleeter’s claim plays in justifying the teaching of ethnic studies in California cannot be overstated.

There’s only one problem: the claim is false.

…Despite tens of thousands of deeply critical public comments submitted during the ESMC draft review process, the recently approved model curriculum remains rooted in a controversial, highly politicized and divisive framework that many believe will, in fact, do the opposite of what is claimed, and instead incite bigotry and harm in our schools.

Against the backdrop of a pandemic that has taken an unprecedented toll on K-12 education and resulted in a surge of failing grades, legislators must not allow false claims to blind them to the obvious: pouring hundreds of millions of taxpayer dollars into required courses that have not been proven to benefit students either academically or socially, and may well harm them, will be a disaster for our students and our state. 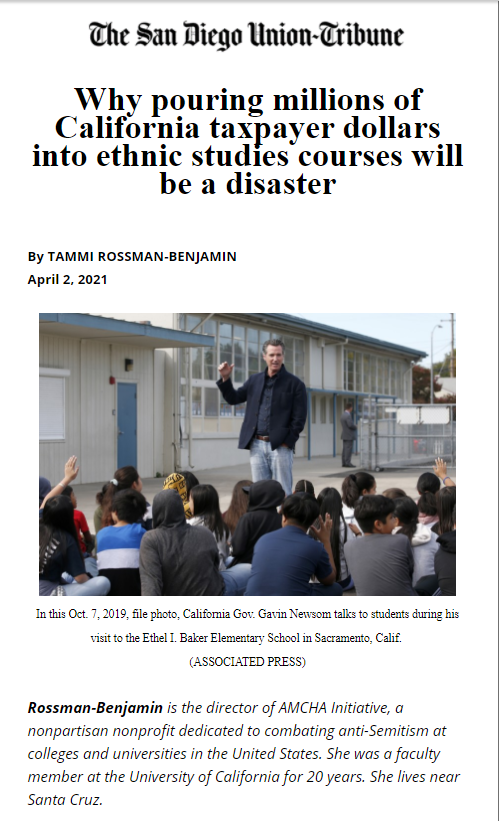 Head over to the Tribune to read the full article.

We’ll continue to update you as the latest ESMC debacle inevitably develops.

Not only does this program teach that whites are inherently privileged and racist, but it also advocates for the Palestinian cause against Israel, and that Jews are simply privileged whites.

Quick, quick, we need to ship illegal aliens into California by the boxcar-load so that they can all learn they are privileged white people and have to defer to blacks, who have the only lives that matter.

A few months of letters back home, and watch the border dry up.