“We’re obviously losing a lot more officers than we are gaining. And if that continues, at what point can we not operate appropriately?” 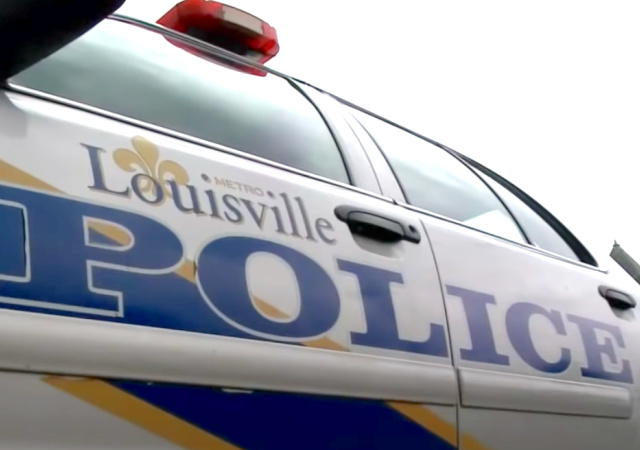 The Justice Department will launch “a ‘pattern or practice’ investigation into the Louisville-Jefferson County Metro Government and the LMPD.”

So is anyone shocked the LMPD is having a hard time filling positions? I didn’t think so:

“I would say that we’re in dire straits,” said River City Fraternal Order of Police press secretary Dave Mutchler, speaking to the current condition of LMPD staffing. Mutchler also serves as a spokesperson for the Louisville Metro Officer Union.

Statistics provided by LMPD on Tuesday show the department has hired 26 new members so far this year, while 43 have left. The 1,069-person department falls 255 people short of its “authorized strength” of 1,324 — the number of personnel it is authorized to employ, statistics show.

Meanwhile, LMPD hired 104 new members in 2020 but lost 188 to retirement or resignations, according to data. By the end of last year, LMPD employed 1,163 police personnel, instead of its 1,324-person “authorized strength.”

“Our manpower is critically low,” Mutchler told Fox News. “One thing we have to consider when we’re talking about recruiting is that in the climate that we currently find ourselves, the pool of people wanting to become officers is shrinking every day.”

He added: “We’re obviously losing a lot more officers than we are gaining. And if that continues, at what point can we not operate appropriately?”

Though Nichols says some of the statistics in the audit that detail racial disparities in LMPD’s policing practices warrant more study, he generally accepts many of the recommendations the audit concludes will help improve the department and heal its strained relationship with the community. Particularly, the audit encourages more training and new efforts to strengthen community policing and engagement.

Nichols admitted with staff shortages that will likely not happen:

Currently, Nichols says officers are too busy responding to call after call to get out of their vehicles and walk the communities they police to make vital relationships.

Similarly, he says his members would like more training on serving search warrants, firearm use, and high-speed pursuits, but often don’t have the time or ability to learn or brush up on those skills that could be a matter of life or death.

“To train an officer, if we’re going to bring him in for 40 hours of training for a week, we have to have the officers to replace them on the street,” said Nichols. “We don’t have the time to take those officers or those detectives off the street and put them in a training class and be able to back-fill wherever they were working with an adequate number of staff.”

Why would anyone want to join the LMPD? Police officers spent a year being demonized by rioters and abandoned by officials. Yes, city officials support Garland’s investigation into the department.

But more importantly, what about safety issues?

In September 2020, authorities arrested a man for allegedly shooting two police officers during a riot after the grand jury chose not to charge the officers who killed Taylor.

Nobody wants to be a cop in Louisville? Gee I wonder why that is.

After all, there was never any shortage of contestants for the “Ow, My Balls!” show.

The great experiment continues… defund and dismantle the police. Cause and effect are beyond their understanding. Blue-less and clueless.

“Green acres is the place to be” So glad I don’t live in the big city.

Black and Muslim, either tends to turn cities in shit holes demographics makes it clear that Louisville is in decline. Police most certainly think so, and that is why they are leaving. I suggest that politician pay be cut by 50% to pay retention bonuses to police 🙂

I don’t dislike people because of their race, it is poor character, as is the case for a rather large percentage of blacks, (by no means all), and looking at Muslim history and conduct all over Europe), damn few have merit.

I think we have to stop playing into the hands of the race baiters and their grievance industry. The problem is Black Urban Culture and Muslim Culture. If white individuals adopted those cultural norms you would have the same problems.

BTW I didn’t down vote you.

I have to agree even though it is taboo to say such realities….the law of averages applies here but I guess math is racist.

Just hire more social workers. They can negotiate with the gangs to make them turn into little puppies, so cute and lovable.

Social workers tend to be low performers, That is one of those easy degrees.

The issue of overwork/fatigue was not mentioned by the FOP guy, Nichols. In such a high-stress environment it certainly factors in. Officer morale was also not mentioned.

The folks leaving the police force are the smartest/most experienced.

This is happening in every major lefty city, from Baltimore to Portland. Decent cops are finding work in Red States, often at lower wages.

I am very curious to know the national stats, by state, on which cities/states are losing/gaining officers. As crime continues to go up, particularly in low income, lefty-dominated areas, the stress levels and pressures to leave will only increase, perhaps dramatically.

I just checked my “give a rip”-o-meter…..yep, pegged on zero. Since the thugs are the ones dying and the cops the only ones being prosecuted, the betterment of the gene pool as well as the escape of good cops to safer climes is welcome news.

It pleases me to see police get out of useless hellholes. It is better for them and for their families.

I am looking forward to criminals get what they have had coming for at least 5 years. I suspect that the time a bunch of them end up in body bags is not far off.

Honest citizens in cities without police are going to be relying on self defense in order to survive.

Portland, Oregon, about a year ago lowered standards because they were having trouble filling ranks, even before the demonize police movement really took off.

The ones that apply should be rejected since they are obviously totally insane.

“Frankly, the fact that you want to work for us is a strike against you!”

Why were we sleeping for so long? Why didn’t we notice what was going on?

Or, if we did notice, why didn’t we do more about it?

True. We all share the blame for allowing this cancer-on-America to metastasize. Everyone going about their regular life and thinking that all these crazy policies are just a phase that will go away when our leaders get involved. Except our leaders have been spineless cowards. No one is standing up for the regular people of America.

There has been need of a party that is unapoligenically (sp?) for the American people. Whites who think of themselves as Americans. Blacks who think of themelves as Americans; same with Asians, Amerinds, and immigrants who came here for a better life through hard work, not a welfare state. The same for Jews; ones loyal to the country in which they reside and make their living; not loyalty to another state first.

In short, not a party for hypenated-Americans.

I have no idea how to start such a party, but the need is there.

The Zimmerman case followed by Officer Daren Wilson is what “woke” me. We have far too many parasites today.

The partial cure is to end welfare for those able to work and this includes mothers with children. Instead of welfare we can help them move to locations for jobs.

To “notice” is to put your life and career at risk, as well as your family…isn’t that obvious by now?

So, does one lay down and take it? Or, does one muster up the courage to push back? I am not citing you specifically; it is a sincere question.

The left had a plan, Trump interrupted it for four years. When they got power back, they had to accelerate the plan to keep to the timetable.

Louisville has had issues with gang violence for several years. You don’t look like them and you are a target.

I always thought of Louisville as Cincinnati’s little sister who never learned how to defend herself.

Sad to say, I don’t think there is a city left where one is not taking risks. In a few weeks, I am headed up to Nebraska for a car show, and am planning to stay in hotels in small towns during my journey. And, if I pull off the highway and see a lot of “vibrancy”, I will go further down the road.

(Note: for any of you in the Lincoln Nebraska area: June 26 come over to the parking lot in front of Sam’s Club. There is a charity fundraiser car show for Children’s Hospital; I am 99% sure I will be there. Look for 6ft 1in, reddish-brown hair (although i will likely have a hat on), white / red / blond beard, built like a bear, and the car is a white Pontiac G6 convertible, license plate TIN TOP. Stop and say hi!)

This has been Obama’s plan since 2004

I don’t claim to have any inside knowledge, but I can’t help but wonder if this isn’t what the Left wants (whatever they might say). If local police departments around the country fall into a state of collapse because they can’t get good people to join them, I can easily see the Left saying “well, gee, our only choice is a national police force run from Washington D.C.” Given their efforts to ensure permanent Democrat Party rule of the federal government, the dangers of this should be obvious.

Please tell me why I should care. If blacks want to kill blacks, and it keeps innocent cops out of jail, I fully support the reduction of the police force. Whether it is through attrition or defunding, a police officer should be happy to not get involved in the animals tearing each other apart.

I wonder what’s keeping the remaining 1,100 or so from walking off. Stupidity I guess. They are one knee away from being killed or put in prison.

Well, that’s what happens when the police get no backing from the city government. Nobody is putting themselves at that kind of legal jeopardy for a paycheck.