Frank Xu: The worrisome trend I see now is that politicians are using racism itself to ‘fight racism’

Frank Xu: The worrisome trend I see now is that politicians are using racism itself to ‘fight racism’

President of Californians For Equal Rights: “this is one of the best countries in treating people equally and giving everyone a fair chance to succeed.” 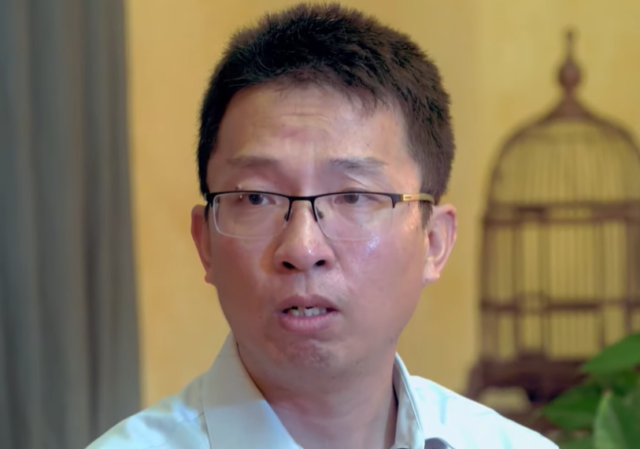 In San Francisco, Oakland, New York City, and Atlanta, Americans of Asian descent have been attacked in a surge of crimes.  These attacks have fueled nationwide rallies, vigils and virtual events, with participants shouting “Stop Asian Hate” to all within earshot or on Zoom.  Social media posts with the now trendy hashtag, #Stop Asian Hate, have proliferated.

Asian Americans are clearly energetic to fight anti-Asian racism and racists, but it’s not clear where or how to find these racists — though they must be somewhere.  My parents must have had the same feeling when they fought “class enemies” during the Cultural Revolution in China.

The same day after shouting slogans at rallies, vigils and zooms, we Asians return to our neighborhoods.  The next day we return to work, go shopping and go about our daily lives.  It seems like everyone we encounter are decent people, greeting us with smiles; some now even display “Love our Asian Neighbors” signs.  There don’t seem to be any racists.  Yet we’ve been taught to doubt and to suspect.   Maybe the racism is covert, hidden behind a nice demeanor, just like zombies in a zombie movie.   Maybe these racist zombies are waiting to jump out at us and bite us, infected with this anti-Asian racism.

Yet are we the ones with racist tendencies, when we suspect our neighbors of racism, with no evidence, but simply because they have a different skin color? We shouted “Stop Asian Hate” to support our fellow Asians of the same skin color, but doesn’t this mean we suspect others of being anti-Asian racists — and isn’t it likely that these anti-Asian racists don’t share our same skin color?   Something somehow doesn’t quite sit right though…

Nowadays, it seems the whole nation is mobilized to fight this invisible racist enemy. School districts, private schools, universities, big tech companies, and other organizations sent out statement upon statement to denounce hate crimes against Asian Americans.  Resolutions were passed too.

I am sure we appreciate all these kind words, which could almost make us forget other statements…like those of a San Francisco school board member calling Asian Americans house n*****rs, or those of the New York City Mayor, suggesting there are too many Asians in the city’s specialized public high schools, and that this is “a problem.”  Maybe these kind words could almost make us forget how prestigious universities have been discriminating against Asian Americans, applying tougher admissions standards than to other groups, while the DOJ dropped its discrimination case against Yale, without giving a reason.  Kind statements and virtue signaling is one thing, while real action is another.

In the midst of all the chaos, a key question remains unanswered. Who are these racists? The politically correct answer we hear is that they are whites, and radical right whites.  Yes, a white face has become the face of this invisible enemy, the bullseye target for the ‘anti-racist’ movement.   But isn’t it racist to define a whole group of people solely on the basis of the color of their skin? And, weren’t the assailants in the anti-Asian attacks of different skin colors?  Does that mean there are racists of every race and skin color?

In California, in the 2020 election, 57.2% of California voters voted No on Prop. 16, affirming that public agencies must treat people equally without regard for race or ethnicity.  Those voters don’t seem like racists!  On the other hand, the 42.8% of voters who voted Yes on Prop.16, believe they are definitely NOT racists, because they claim to be fighting against racism in trying to pass Prop. 16.  Who are the racists?  They are like zombies; in the midst of us, but we can’t figure out who or where they are!

From my personal experience, this is one of the best countries in treating people equally and giving everyone a fair chance to succeed, regardless of race. Yes, many individuals might have some unavoidable biases.  But the government has many safeguards in place to guard against racism and discrimination, from the 14th amendment, to the Civil Rights Act, to Prop. 209 in California and many other state equal protection laws.

The worrisome trend I see now is that politicians are using racism itself to ‘fight racism.’  Prop. 16 in California in 2020 was one example.  The latest example came during the March 18th CA State Board of Education meeting when Secretary of State Shirley Weber used the Atlanta tragedy to push for passage of the ‘anti-racist’ Ethnic Studies Model Curriculum.  This curriculum seeks to co-opt Asian Americans as victims in the ‘anti-racist’ fight against ‘white racism.’

Ethnic studies would be good if used to improve understanding of one other.  However, this version divides students by race into boxes of victims or oppressors.  How is defining groups of people solely by the color of their skin not the textbook definition of racism?   With ‘anti-racist’ education like this, who are the racists — the ‘racists’ or the ‘anti-racists?’  Will more ‘anti-racist’ education be needed to unlearn the racism inculcated by ‘anti- racists?’  This seems a recursive and hopeless fight.

Focusing too much on racism detracts from looking for real solutions to actual underlying problems. Statistics show the crime rate increasing significantly in the past year.  In densely populated areas, it’s not surprising that more and more Americans, including Asian Americans, might become victims of violent crimes.  To add to this, progressive pro-criminal DAs, like SF’s Chesa Boudin, seem to favor suspects over victims.  He recently dropped the charges against an attacker who robbed and victimized an elderly Asian man.  Is the Asian American community safer with attack suspects back on the streets?  Or is the Asian American community safer because the San Francisco City Attorney issued a statement condemning anti-Asian racism?  This is a no brainer.  Rising crime demands law enforcement solutions, not anti-racism statements.

Frank Xu is President of Californians for Equal Rights, a non-partisan and non-profit organization dedicated to promoting and raising public awareness on the principles of equality and merit. Frank is also a social activist and one of the co-founders of San Diego Asian Americans for Equality. Frank served as the Statewide Finance Chair for the No on 16 campaign. He has committed his time and effort to the community since late 2013. After organizing several rallies against discrimination towards the Chinese community, he realizes that the only way to empower the community is to serve and get involved. He was a board member of the Educational Technology Advisory Committee and Budget Review Advisory Committee in Poway Unified School District. He also serves as an alternate board member of the County of San Diego Health Advisory Board, a board member in La Jolla Presidents’ Lions Club and his own home owner association.

Of course they are. Modern liberals are the single most racist people I’ve ever encountered in my life in the US (admittedly places like China are much worse for racism). LITERALLY EVERYTHING THEY DO is based on what race a person it.

One reason I am NOT a liberal is because early in life I met some pretentious smug ones in Washington, DC. They were the most disgusting racists people I have ever met. Paternalistic to be sure, but they completely believed black people were inferior and needed their providential help to simply survive. This was clearly stated and roundly agreed upon by everyone in the room other than myself. After objecting to this notion, I was roundly chided. In the argument that ensued it was admitted by these snobbish bigots, that some blacks could perhaps make do on the their own, and even prosper. But without the munificent social welfare policies of the liberals, the vast majority would simply perish from starvation and self-inflicted violence.

These were liberal Democrats who worked for liberal congressmen. It was an appalling and disturbing display of demeaning arrogance and self-worship. I left in disgust – walked out on my date who brought me to this cabal and who agreed with its thesis and sentiments, and vowed, at that moment, to never vote for a liberal for any reason.

And, no… I did not end up marrying the woman.

Frank Xu – never mentioned Kendi. Kendi is the one who proposed using racism to fight racism and gave it a veneer of respectability due to his PhD and his poition at a major University. The fact he failed to mention Kendi makes me think Xu is ignorant of the underlying issues. He is just looking at the surface – based on how this all impacts Asians. The larger context is important b/c fighting Kendi’s racist ideas will take an effort by everyone.

“It seems like everyone we encounter are decent people, greeting us with smiles; some now even display “Love our Asian Neighbors” signs. There don’t seem to be any racists. Yet we’ve been taught to doubt and to suspect.”

No amount of rational, well-reasoned arguments will penetrate the ideology that’s driving this. It is the ideology of insanity, envy, revenge, and power. You can refute every single claim its adherents make with data, statistics, and strong ethics, all to no avail. That’s been done for decades and yet it has metastasized to all corners of our lives.

The only way to counter this is to organize on massive levels across multiple disciplines, industries, fields, and communities. Trying to do this from an island will get you ignored.

He almost has it right.

Democrat communist politicians are creating and encouraging racism towards whitey to advance their neo-Marxist theory that white racist oppression has replaced capitalist and bourgeoise exploitation and oppression of the proletariat non-whites.

And, of course, the solution…

Stop by your local union bar/hangout. Racist as hell. They group by color and hate each other in private. In public they’re brothers and sisters. LOL, bunch of hypocrites.

Along the lines of “democracy is the worst form of government, except for all the others,” I’ve sort of agreed in principle (or for effect) that conservatives are heartless, selfish bastrads, so the worst you can say is that they’ll leave you alone, versus the incessant, insipid, condescending, smarmy, “soft bigotry of low expectations.”

Do whatever you can do, and even if I won’t help you, I’m not going to get in your way or send you the sick, subliminal message that, well, I know you *can’t* do it yourself, and with my inherent superiority, compassion and, well, my gosh darn humanity I’ll stoop down to proffer a hand.

How else can you explain the consistent screeching that “the system is against me” and everyone and everything is oppressing me! Your forebears made great strides under *actual* -isms and intimidation and hatred (you know, liberal things), but now that 95% of the barriers have been removed, you’ve been trained to screech rather than succeed.