White Supremacy, Trump Not Connected to Death of Elderly Asian Man in California

White Supremacy, Trump Not Connected to Death of Elderly Asian Man in California

The two men have a long history of robbing and attacking elderly people. 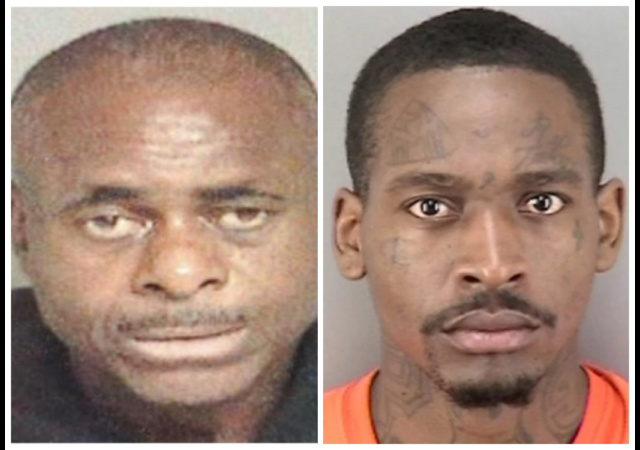 Police arrested and charged two men in connection to the death of 75-year-old Pak Ho in Oakland, CA.

People blamed President Donald Trump and white supremacy on the death because everything is Trump’s fault. Except the two men are black and have lengthy rap sheets.

On Tuesday, Elbert Britton, 56, and Teaunte Bailey, 26, allegedly attacked Ho during his morning walk. Ho fell after the men struck him, causing him to hit his head on the sidewalk.

The fall left Ho braindead. Doctors took him off of life support on Thursday.

Britton has robbery and residential burglary convictions in his past.

Instead of waiting for facts (because we all know facts are not sexy), people immediately assumed racism. Britton targeted Asians in the past, but we do not know if he only targeted Asians.

Bailey is described to ABC7 News anchor Dion Lim by Alameda County law enforcement as someone with a criminal history spanning back to 2012 including multiple felonies in Oakland. The most recent less than a month ago when he allegedly broke into senior living apartment and violently shoved and robbed a 72-year-old man.

People magazine wrote about Bailey’s facts but used half of the article to preach about hate crimes against Asians.

“Too often, we’ve turned against one another,” he said. “A mask — the easiest thing to do to save lives — sometimes it divides us. States pitted against one another instead of working with each other. Vicious hate crimes against Asian Americans who have been attacked, harassed, blamed and scapegoated.”

“At this very moment, so many of them, our fellow Americans, they’re on the front lines of this pandemic trying to save lives,” continued Biden. “And still — still — they are forced to live in fear for their lives just walking down streets in America. It’s wrong, it’s un-American and it must stop.”

Wait, I keep getting told by SJW that East Asians, like Jews, are white, because they’re “privileged”. That’s why they’re counted with whites when calculating an institution’s so-called “diversity”. So why would Trumpist white supremacists attack Mr Ho? Didn’t they get the message?

Not trying to start a race war here, just curious. Given the genetic proximity of Ashkenazi Jews to Italians, Turks and Greeks; and never finding any support that Jews are a micro-race; the seemingly arbitrary distinction between European Mediterranean populations and Eastern Mediterraneans, what is the argument that Jews (at least the Ashkenazim) aren’t White? Is lineage more comparable to the notion of race than population?

Hmm…just find it odd that East Slav = White; Greek = White; Scot = White; Jew = Jew, not Jew = Middle-Eastern or Jew = Middle-Eastern + White. I guess I shouldn’t feel too weird about it since Indian = Asian; Kyrgyz = Asian same as Japanese = Asian. Glad to hear we all get the same treatment though.

“White”, in America, depends more on social standing than on biology. For most of US history Jews were not “white”, and according to white supremacists and “white nationalists” today we still aren’t. For that matter Italians’, Greeks’, and Turks’ standing as “white” is tentative and historically contingent; for many white bigots, Southern Europeans were only technically white, or not really white. Even Irish, who are Northern European and as white as white can be, have the flaw of being ethnically Catholic, and so some Protestant supremacists consigned them to the “not really white” category.

Progressives are masters at dividing people. Ultimately, because they want to be masters of all.

I’m sure you are sufficiently thrilled with your self-validiation in the form of buzzword jargon. If you actually would like to communicate, drop the gobbledygook, and make a go at meaningful words that communicate your ideas.

People Magazine is a virtual cornucopia of nonsense

They are most likely two of those multi-racial white supremacists that we learned about recently.

They both should have been safely (for the law-abiding folks) in prison for their earlier crimes. So much for “restorative justice”. The younger one should also be charged with murder, under the CA felony-murder rule, since he was a participating a felony that killed someone, or at least charged as an accessory to murder. Only when the system stops coddling these killers will things begin to change.
.

cists, the same as there is no black racism, Sure!

Obviously “blackface” to hide their whiteness.

Since skin tone racism is common among American blacks, all blacks should be genetically typed and based on linage, with those who have the highest white linage paying reparations to those with the lowest white linage.

Also, since black criminals mostly prey on other blacks, they should pay reparations out of any reparations they might be entitled to, to blacks with the lowest crime rates.

Wouldn’t it be funny to watch them duke it out over that?

Is there any possibility of expelling all those with serious criminal backgrounds to Liberia?

I hear Pak Ho was bludgeoned with a fire extinguisher.
We may never know if that is true.

I heard it was a can of bear spray.

This claim of asians suddenly being targeted for hate crimes because of COVID smells like the youtube video cause of Benghazi. The fact this was all in lock step around President bumble mouth reading it from the teleprompter is also revealing. I smell a rat.

The media and local lefties here in Wa have jumped on board citing extremely vague reports of these attacks, with no actual linkage. They are intent on making asians feel targeted and using the narrative that its ignorant white yokels blaming them for COVID. It seems VERY contrived especially when the few attacks that are happening are due to the usual trouble makers- and the media and authorities are screening everyone else getting mugged to find an asian victim. They don’t seem to cite the actual perp, just that an asian was attacked, they then pan out to their own narrative.

Is it an attempt to take the heat off of all the covid prison releases that are now causing problems?

Is it an attempt to take the heat off of the homeless druggies causing problems?

Is it an attempt to gin up the white supremacy narrative beyond the now faltering brand of BLM?

I don’t know the motivation behind this media narrative, but I know it’s got a political agenda.

The media has gone from hiding the race of the perp via omission, to actively implying a white committed a crime that was actually performed by a black or illegal alien.

I am sure LI readers are familiar with Comrade Ogilvy from George Orwell’s “1984”. I think that the Joseph Goebbels media will soon one-up Orwell and create hate crimes where both the crime AND the victim are fictitious.

I don’t know. That TEAUNTE DWAYNE BAILEY looks like your typical “white supremacist” to me.
We’ve seen over and over again a dearth of “white supremacists” available to satisfy the need for racial attacks, so sometimes some folks, who aren’t white, decide to fill the breech.

“White supremacy is in such short supply that it must be manufactured.”

Can’t wait for them to get let out of jail, again, and they attack the wrong elderly person that pulls out a snub nose 357 and blows their guts out.

Hurting a protected minority is a hate crime.

OK, I don’t understand this.

“Felony murder” is a term of art that means “this guy didn’t actually kill anybody himself, but somebody died during the course of his felony, so he’s responsible.” It’s usually applied when your confederate was the actual killer; or if neither perp was an actual killer and the victim died of coincidental causes, then both perps will be charged with felony murder. But the other perp isn’t charged with any sort of homicide at all.

“Too often, we’ve turned against one another,” he said. “A mask — the easiest thing to do to save lives — sometimes it divides us.”

Right, you brain-dead cretin — if Ho had just been wearing a mask, he’d be alive today.