The drama is over. 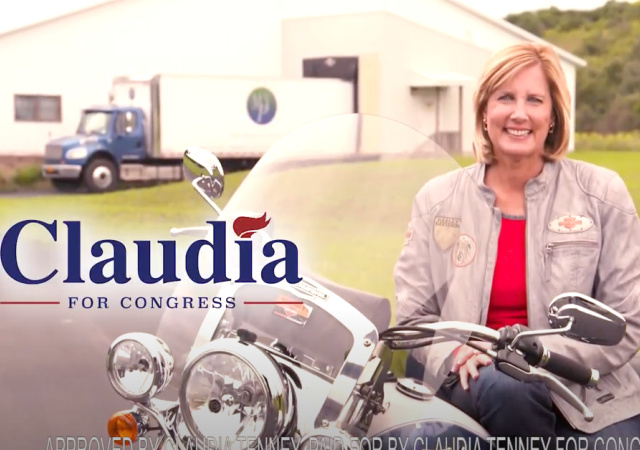 The ruling represents the most definitive answer to who won in an election saga with many twists and turns, though it’s not entirely over yet. Democrat Anthony Brindisi has promised to appeal at the state court, and he could seek to contest the election results at the House of Representatives itself.

State Supreme Court Justice Scott DelConte ruled that counties and the state elections board are to certify the election, rejecting an effort by Democrat Anthony Brindisi, who occupied the seat until November 2020, to keep the election unofficial until his appeal to a higher court concludes.

In ruling against Brindisi, DelConte argued that the Democrat did not provide enough evidence that certifying Tenney would cause “irreparable harm,” given that he still had a remedy at the federal level.

It’s not clear when Brindisi’s appeal will begin. His attorneys announced Friday morning that they will appeal DelConte’s rejection of several hundred ballots that Brindisi wanted counted.

I’ve documented this craziness for months. DelConte never held back:

In his ruling, DelConte criticized local elections boards for what he said amounted to “systemic violations of state and federal election law” that affected both candidates. In particular, he singled out Oneida County’s failure to process more than 2,400 applications from voters who registered via the DMV, which rendered them unable to vote on Election Day.

But it’s not the court’s role to fix those errors in this case, he said. That’s up to the state elections board, Gov. Andrew Cuomo and the United States Department of Justice.

The judge also took the opportunity to dispel the rumors that have swirled around the legal proceedings regarding the integrity of the election. While there were errors, he writes, there was no fraud. No dead people voted. There were no discrepancies in voting machines, he said.

“Every single valid vote that was cast in New York’s 22nd Congressional District has been accounted for, and counted,” he wrote.

It’s not over until the last liberal judge gets to issue his ruling.

I fully expect the jackasses in robes to overrule this and forcibly seat the Democrat.

That – or the Communist leadership in the House to simply seat Brindisi anyway. American Communists have a history of overturning elections when they don’t like the results (see Trump in 2020 and Frank McCloskey in 1982).

True, but I am going to be an optimist and say, “Hooray!”

Sure it is… *eyeroll*

Oh, they have more than a 5 seat majority. The Communists can always count on a group of RINOs to vote their way.

He seems more comfortable now, it being much easier to follow along the gracious-minority path, encouraged by soothing words from the Washington Post, NPR, and what remains of local “journalism”.

Apparently Perkins-Coie is on it’s way to try to overturn this election.

No dead people voting and no count discrepancies doesn’t mean there’s no fraud. A recount is not a means of auditing an election.

Biden did not win that election. This woman faced massive cheating and still had enough votes to win.

OT.
As expected, by myself at least, after a legal review, Trump can live a Mar a Lago. Trump is not a guest of the club, he is the owner.

I am shocked if this stands in another week, Democrats not frauding enough? Unheard of.

Marc Elias is claiming there are issues with the tabulation machines, the same Marc Elias who claimed Dominion machimes worked perfectly. Isn’t that special.
https://www.independentsentinel.com/dem-lawyer-condemned-anyone-criticizing-dominion-now-hes-doing-it/

If she IS seated, you can expect the Democrats and GOPe Republicans vote to remove her from any committees.

The majority House, which just voted to oust a Republican member from Committees, will refuse to seat Tenney. The Left are using their muscle to control the House and the country.

How will the feckless Roll Over Party leadership (McCarthy, Cheney et al) react? With hot air and hand wringing in speeches to an empty House and then off to some dinner party sponsored by a lobbyist to rub elbows with their Majority Party masters.

The majority House, which just voted to oust a Republican member from Committees

I’m surprised they haven’t voted to purge every committee of Republicans. They’re all deplorable white supremacists according to the Democrats.

The judge also took the opportunity to dispel the rumors that have swirled around the legal proceedings regarding the integrity of the election. While there were errors, he writes, there was no fraud. No dead people voted.

How does he know? All he knows is that neither candidate presented evidence of fraud, or even tried to. So the question of fraud wasn’t before him. That doesn’t mean there wasn’t any.

The use of the term “fraud” in elections and voting contests is unhelpful for the reasons this judge addresses. There are a dozen different reasons why a ballot might be invalid, and very few of them involve what lawyers would deem “fraud.”

The politicalization of the term is unhelpful. It just undermines the ability to make a challenge to questionable votes and voting practices. The GOP embraces the term in order to rile up the troops and counter the equally political ‘voter suppression’ rubric on the other side, but it isn’t helpful.

The GOP should find another term – “unlawful ballots” or something.