The Soros-connected group Accountable.US, is demanding GoDaddy deplatform even groups such as Turning Point USA and Women for America First. 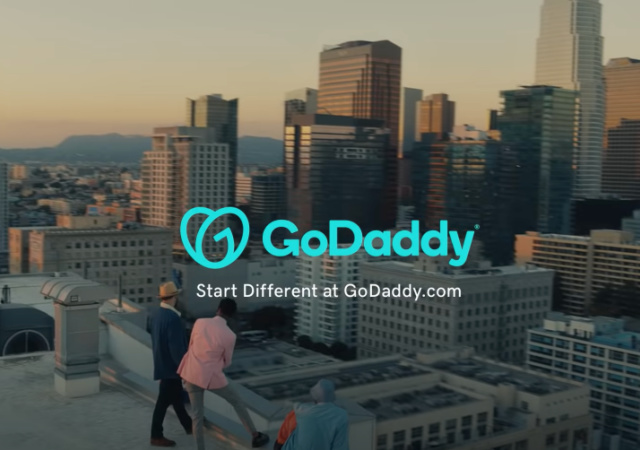 GoDaddy told The Hill that it has initiated an investigation into some sites it hosts or for which is acts as internet Registrar for links to the Capitol Hill riot after a report by the Soros-connected partisan group Accountable.US. It’s not just supposedly violent groups targeted. Political groups such as Turning Point USA are targetted as well in the pressure campaign against GoDaddy.

The investigation stems from a report by the nonprofit group Accountable.US which found that the company is the registrar for eight groups that were involved in activities leading up to the Jan. 6 riot.

A spokesperson for GoDaddy told The Hill that it is now looking into those connections, and stressed that using its service to “promote, encourage or engage in violence” violates company policies.

“If content goes beyond the exercise of expression and crosses over to inciting violence, we will take appropriate action,” the spokesperson added.

Accountable.US’s report, first obtained by The Hill, found that the online store of the right-wing militia group Oath Keepers is hosted by GoDaddy, which also serves as the site’s domain registrar.

Officials have charged nine members of Oath Keepers “for their roles in the Capitol riot.”

Accountable.US discovered that GoDaddy also hosts Charlie Kirk’s group Turning Point USA and Women for America First, and includes them on the target list for deplatforming. The Hill writes:

The nonprofit arm of the group bused supporters to the “March to Save America” rally ahead of the storming and its founder Charlie Kirk promoted the false narrative that the November election was stolen from former President Trump.

Women For America First’s website is also registered by GoDaddy, according to Accountable.US’s report. The group headed up the organization of the rally and had been urging supporters to join a “caravan” headed to the event….

Kyle Herrig, president of Accountable.US, said that GoDaddy should have already severed ties with the websites in the report.

“The mainstream online vendors shouldn’t have to wait for public scrutiny before cutting ties with groups that traffic in hate and dangerous rhetoric,” he told The Hill in a statement. “That’s a value judgment, and for some reason they have yet to render one against the groups that incited the deadly sedition at the Capitol.”

As far as I can tell authorities have not charged anyone in those two groups. Both attended the January 6th rally that took place before the riot.

Accountable.US chastised GoDaddy for not already letting go of these groups:

“The mainstream online vendors shouldn’t have to wait for public scrutiny before cutting ties with groups that traffic in hate and dangerous rhetoric,” he told The Hill in a statement. “That’s a value judgment, and for some reason they have yet to render one against the groups that incited the deadly sedition at the Capitol.”

Accoutable.US touts itself as nonpartisan, but it doesn’t take a genius to figure out the group is on the left. From Activist Facts:

It turns out Accountable.Us is merely a new iteration of a dark money web based in Washington, D.C. that is funded by a range of liberal special interests under the New Venture Fund (NVF) umbrella. NVF’s leadership and staff have a multitude of ties to liberal politicians and causes.

According to its website, Accountable.Us is a conglomeration of three existing dark money campaigns: Allied Progress, Restore Public Trust, and the Western Values Project.

Take a wild guess who is a big player in NVF! Yes, George Soros. His Foundation to Promote Open Society is one of the founders of NVF.

I’m certainly not running out of woke service providers I need to jettison. What I am running out of is freedom-respecting alternatives I can find to employ. And a comment further on suggests that even if I abandon GoDaddy and use the registration service of my hosting provider, it may end up back at GoDaddy anyway.

When Trump did an EO…5 lawsuits were filed within hours and they weee stopped…Biden has done like 100 and maybe 1 lawsuit has been filed….talk about surrender monkeys

The Aussies were trying to regulate FACEBOOK and Zuckerburg tossed them off. It appears that the Aussies have thrown in the towel.

No, that’s not what happened.

The far-left Australian news media is failing economically because nobody wants their lunacy. They pressured the Australian government to force Facebook to pay a license fee when anybody, including the news organizations themselves, links to their news items on Facebook.

Facebook’s response was to say “yeah, we’re not going to pay for that, so we’re just going to not allow linking to your news sites any more”.

This is a “let them fight” situation.

And, FACEBOOK deplatformed the Australian Government, including their COVID19 information releases.

Sounds to me like people should desert GoDaddy in mass.

GoDaddy has a past history of some rather hinky business practices in the first place.

lol, remember their advertising in the early days? It was all tits and ass. Hell, even the name “GoDaddy” was portrayed as “sugar daddy”-esque.

That was back when I was looking to put up a website for my little one-man consultancy. Their ads alone told me “dodgy!”

Suggestions please. While we’re self hosting, all our web domains are registered with them. I don’t believe in rewarding bad behavior, but to move domain registrations from GoDaddy, there has to be some place too move them to. I’d prefer to only do this once, from GoDaddy to a registrar who shares my values if possible.

Moved all mine to namecheap from Godaddy today. They have a sale on transfers and any time you have on your domains transfers with them. Free domain privacy is included in their price whereas godaddy charges extra. They have fought for net neutrality in the past.

You may not have noticed, but GoDaddy has not been an honest broker for years now. If you have anything on them, it’s well past time to look elsewhere.

Can we please stop referring to the mostly peaceful protest as a “riot”?

“False narrative about a stolen election” is itself a false narrative, and constantly screeching about it doesn’t make it so.

These nuts want to cancel reality based on their own fevered imaginations.

Now we have industrial scale fraud smacking us all in the face and it’s suddenly traitorous to question the results of the election?

These motherfuckers are going to get a lot of people killed.

If GoDaddy had their manhood intact, they’d tell Accountable.Us to go pound sand. It’s clear they have no cajones.

I say you deplatform any group tied to Sors and his band of malcontents.

Somebody needs to deplatform Soros and send him back to Hungary.

He’s old enough to be pushing up daisies by now. Good riddance.

Didn’t Hungary banish him and threaten his arrest if he ever came back?

Hell would be far superior.

I know no conservatives understand anything about Tuh Innernetz, but if you use Microsoft Azure and buy your domains through Azure, they use GoDaddy as a backend registrar.

Abandoning GoDaddy would be difficult. They’re the backend for a truly huge number of domain resellers.

The founder of GoDaddy also owns PXG golf clubs. Their ads make a big point of military and police support (great discounts). I just do not understand how any attempt to alienate a conservative base is good for a company.

Well, the question becomes, is the founder of GoDaddy still in control of GoDaddy? Or did GoDaddy, like Fox News, get transferred into the control of someone with different values?

And now, to answer my own question, I found this today on another blog:

Any suggestions for a cheap replacement for GoDaddy?

Most people have a choice not only of registrars in the USA, but anywhere in the world. If you control a .us domain name, though, you are probably out of luck there.

Looks like “Epik” will get my business. They have a stated desire to protect free speech, and they’ve offended all the right people about it.

go daddy are nothing but a pack of thieves, that steal other peoples domains by reserving them when you do a search.

Make sure and blast them on their trustpilot rating! Tell them WHAT WE THINK of their acting as a defacto government. Do what the left would do. https://www.trustpilot.com/review/www.godaddy.com?

As someone who has been a GoDaddy customer since 1998, I just got off the phone with GoDaddy tech support to move my 68 domain names and 3 websites hosted with GoDaddy to their competitor Epik.