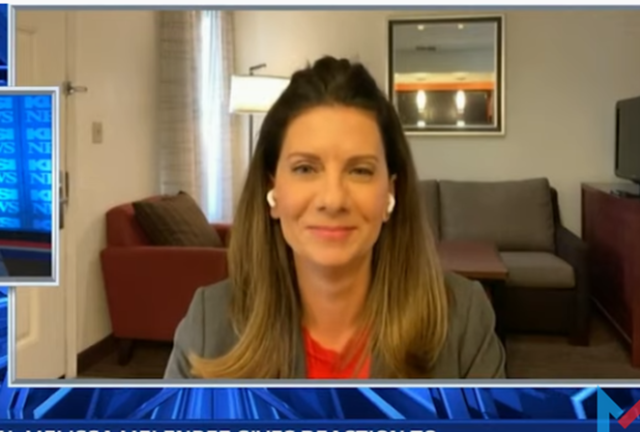 She promotes it as a way to fight “cancel culture.”

State Sen. Melissa Melendez’s (R) proposal, known as the Diversity of Thought Act, would amend the Fair Employment and Housing Act to prohibit political bias discrimination when California residents are applying for jobs or seeking housing.

“It is unfathomable to me that corporations and members of the public would ruin a person’s career, business and family because of their political ideology,” said Melendez, who was elected to California’s 28th Senate District in May.

“Free speech covers all speech, not just that with which you agree,” she added.

The effort comes hard on the heels of Disney firing Mandalorian star Gina Carano for a tweet she compared being a Republican today to being Jewish prior to the Holocaust.

In addition the the “Diversity of Thought Act,” there is a second measure she is proposing that makes political affiliation a protected class in schools.

“Schools are compelled to have policies against discrimination and bullying on the basis of a student’s gender, race, religion and sexual orientation, among other protected classes. Melendez’s bill would add political affiliation to that list.

Under state law, schools must have not only policies against discrimination and bullying on the basis of these protected classes, but a process to field allegations of such conduct and investigate them.

“Cancel culture and the efforts to silence differing opinions and voices should be a growing concern for all of us,” Melendez said in a statement.

Of course, a Democrat member of the state’s legislature responded just as you would expect and in the process demonstrating the need for these protections.

…Democratic state Assembly member Lorena Gonzalez of San Diego – who drew attention last May for her “F— Elon Musk” tweet in reaction to the Tesla CEO threatening to pull jobs out of California – fired back at Melendez.

“Your choice to hate & actively puruse hate does not make you part of a protected class,” Gonzalez wrote on Twitter.

I admire the senator’s moxie very much. But it will be hard to fight cancel culture in the epicenter of the blackhole of political diversity.

The decision — and, it seems, Carano’s popularity with the “Mandalorian” audience — has sent prices for Cara Dune figures skyrocketing on secondary retail sites like eBay, with some sellers listing limited edition Cara Dune toys at up to ten times their suggested retail price.

“Action figures for Gina Carano’s ‘Mandalorian’ character are being hawked for big bucks online after a top toymaker reportedly said it would no longer produce the items following the actress’s firing from Disney for controversial social media posts,” the Hill noted. “Some sellers on eBay were listing their six-inch Cara Dune figurines for nearly $500, while others were being sold for $250 a piece on Tuesday.”

“…she compared being a Republican today to being Jewish prior to the Holocaust.”

How else can you read it?

The original post read: “Jews were beaten in the streets, not by Nazi soldiers but by their neighbours… even by children… Because history is edited, most people today don’t realise that to get to the point where Nazi soldiers could easily round up thousands of Jews, the government first made their own neighbours hate them simply for being Jews. How is that any different from hating someone for their political views?”

The comparison she made was of the institutional demonization of a group in advance of and in preparation for the persecution of that group.

To say that equates to comparing the groups themselves to each other is incorrect.

She was comparing the culture of hate in Germany to today’s culture of hate, a culture in which one side demonizes and dehumanizes the other. This makes it easy for people to hate “others” who may have a different religion or political beliefs. Having successfully dehumanized opponents, it’s easy to fight or silence them to combat their ideology; indeed, a ”good citizen” should feel compelled to do so to protect the society and culture. After that’s accomplished, reporting these “others” to authorities is easy. If you think it wouldn’t happen here, you’re ignoring the left’s demands to cancel political opponents and, even worse, calls for “truth and reconciliation” commissions. No comparisons to Jews needed, although the progressives’ fascism is apparent.

Agreed–her comment addressed the process of dehumanization of a given group. She didn’t say, for instance, that conservatives are being subjected at this time to a holocaust, which would be over-the-top and a gross minimalization of the genocide of the Jewish people.

Liberal Playbook: When liberal lose in the arena of ideas they resort to polemic ad-hominem attacks

Democrats claiming there is no such thing as “cancel culture” respond to a Republican’s legislation…by immediately attempting to cancel her.

Democrats don’t understand irony, do they?

Everything they know about irony they learned from Alanis Morrisette.

If you’re in public life, you’re nobody worth listening to until you’ve been ‘canceled’ (attacked, that is) by the left.

She’s just been vetted for us.

So the bill is DoTA? Well that’s amusing.

The odds of a bill prohibiting left-wing hatred succeeding in a state famous for its left-wing hatred is low. Melendez is brave, stupid, a martyr-in-waiting, looking to higher office, or some combination thereof.

She has courage – but this approach is doomed to fail. California has converted to the religion of woke. Reason, logic, facts – they no longer matter in CA.