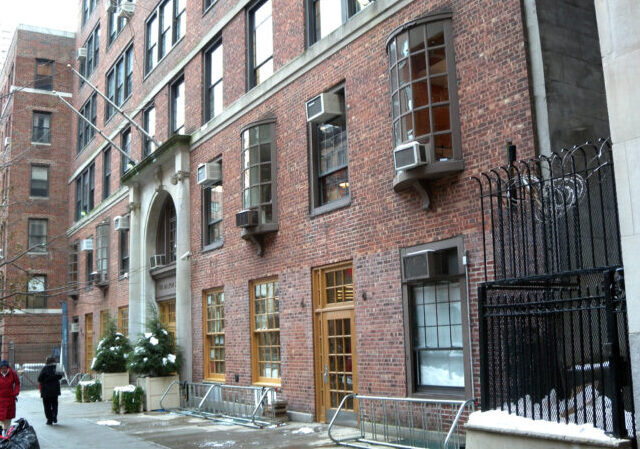 In December, Professor Jacobson wrote about the exclusive Dalton School in New York, which has aggressively embraced the ideology of Critical Race Theory.

The post featured a report from the Naked Dollar blog about the faculty at Dalton releasing an eight-page list of race-based demands.

Now a group of parents of Dalton students has written a letter which reveals that the situation at Dalton is actually worse than previously known.

Parents at Dalton Sch. fight back against “anti-racist” agenda: “Every class has had an obsessive focus on race & identity, “racist cop” reenactments in science, “de- centering whiteness” in art, learning about white supremacy in health…Many of us do not feel welcome any more.” pic.twitter.com/zCSc0ivRiY

I've been following higher education news for a long time for @LegInsurrection and for the past few years I've been warning that we're coming to a point where the left's agenda will supplant education. I think we're there. https://t.co/Ljkhwz7tw1

Michael Lee of the Washington Examiner has written about this:

Journalist Megyn Kelly encouraged parents who have students at New York City’s Dalton School in their fight against the school’s shift toward an “anti-racism” curriculum.

“Parents at Dalton Sch. fight back against ‘anti-racist’ agenda: ‘Every class has had an obsessive focus on race & identity, ‘racist cop’ reenactments in science, ‘de- centering whiteness’ in art, learning about white supremacy in health…Many of us do not feel welcome any more,’” Kelly posted on Twitter.

Kelly attached a copy of an open letter addressed to the “Dalton Community” from a group of concerned parents and alumni, which highlights the way the group feels the school has abandoned its mission to educate students.

“Love of learning is now being abandoned in favor of ‘anti-racist curriculum,’” the group wrote in the letter, adding that “every single class,” from “science to social studies to physical education,” has been “rewritten to embody ‘anti-racism.’”

The letter argues that the school’s new curriculum is “extremely exclusionary,” while pointing out that many members of the community do not “identify as part of an oversimplified racial dichotomy in a beautiful and diverse world.”

“Every class this year has had an obsessive focus on race and identity,” the letter reads. “‘Racist cop’ reenactments in science, ‘de-centering whiteness’ in art class, learning about white supremacy and sexuality in health class.

Megyn Kelly has become a prominent voice in the fight against the left-wing politicization of education and even pulled her own children out of private schools in New York City over this very issue.

If you have 10 minutes, I recommend watching this interview Kelly did with Glenn Beck earlier this month. She suggests that parents need to start hiring lawyers and fighting this battle in court:

In December, Newt Gingrich claimed that schools are being used to brainwash the young. That is not going to change until parents become more involved and start making a few demands of their own.

there are still people with money in NYC ?

NYC residents need to wise up, follow in our footsteps, were dumped cities in the severities. Cities are cesspools today, so leave them and woke to wallow in crime and racist behavior.

It is as if the film “Invasion of the body snatchers” is happening in front of us every day. Those big eggs in the film are all the people who went through a certain education and now populate nodes of information across society.
I think President Biden should call for a blue ribbon commission to uncover how we got here.

Here in Europe the Islamists have managed to gain access to the highest corridors of power.

You do realize that most if not all of Europe is doomed? Get out ASAP.

The only option is to step up, be a parent, and remove your child from the situation. Educate them yourself if you can’t find a school that meets your values. “But…But…But…” is just whining. Find a way or accept the indoctrination of your children. Those are your only options.

Do not worry about these objecting parents. Their children will turn them into the authorities and they shall be carted away in the Great Roundup. Then they can be either successfully reeducated or cancelled.

At least the parents of the students can afford school choice. They can always move their children elsewhere. No sympathy for me!

They should just rename it the Kendi school, although his name is actually Rogers.

Kendi Rogers. He did so well as a country singer.

This Kendi doesn’t know when to fold ’em.

Gosh, it’s almost if they want segregation.
Gee, thanks “Big Guy”. You have successfully undone the 50 years of progress my generation has achieved.

They’re DESTROYERS. Literally: that’s their missions. It doesn’t matter what comes of anything they do, as long as it destroys some fabric of society.

The goal, of course, is to come rushing in to ‘save’ the destroyed society, and enslave it.

In retrospect, desegregation only served to dumb down education for those who wanted to learn. I was in school at the leading edge of this shit, what saved my education was that college prep was innately segregated, because most people of color simply could not hack it.

So, for me exposure was limited to home room, where underprivileged boys were playing with themselves and the back of the room. That and trying take my lunch money in the restrooms.

When I look back in time, I now see that this dog and pony show only served to degrade everyone’s lives, that it really did nothing to actually educate underprivileged, because they did not want to be educated.

The few exceptions who really did want to become educated were persecuted by the majority who were barely above moron level.

This is going on in EVERY private school:

Nope, it isn’t. You need to choose your private school wisely though. If you are religious, even if you are not but do not object to religion, your best choice is a religious private school. Vet them, know what they teach be it Yeshiva, Catholic, some form of Protestantism, Buddhist, you name it. And go outside urban centers if that is a possibility for you.

Also, parents can walk away from private schools and kill them fast. If you are paying private tuition, keep a close eye on what you money buys. If you do not like what you see, inform other like minded parents, and threaten to pull the kids all at once. If the school does not care, then they do not care. Cancel the school, and go to or start a new one.

Personally, I think everyone would be better off outside urban centers.

And this is a private school where parents (aka customers) can take their money and go elsewhere. The poor schlubs in public schools have no chance to stop this propaganda.

So shut up and take your kids elsewhere

But wherever you go, expect the wokesters to follow.

“Multicultural whiteness” must be stamped out completely, lest it find a niche from which it can re-infest the Marxist paradise. /sarc

Diversity of individuals, minority of one. #HateLovesAbortion

Unfortunately, all too many parents are totally on board with all of this.

Too busy pursuing their own desires at the expense of their children.

After having children, their welfare drove everything in in my life, now they are grown, and it still is the center of my life. Good parents always should put their children’s and grandchildren’s welfare first.

This should be fought tooth and nail wherever it rears its hateful, divisive head. Good for these parents.

These parents need to organize and go in force, prepared to pull all their children from schools which allow this. Demand that those promoting CRT be terminated.

Ok, so it’s a private school. Parents can fight back by taking their kids out of the school depriving it of money. Not sure what the problem is except parents who think they have some type of “right” to send their kids there.

The families who send their kids to Dalton are rich radical leftists who had this coming to them.