“Marten’s refusal to set a timeline for schools to reopen is in direct contradiction with Biden, who has vowed to have schools reopen within the first hundred days of his presidency.” 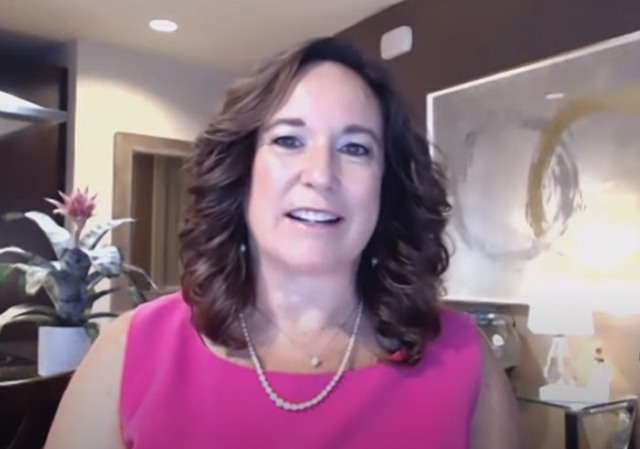 During the COVID-19 pandemic, one of the biggest hot-button issues has been the closure of schools. While some states such as Florida reopened schools months ago, others have remained shut, often at the behest of teacher unions.

Biden’s pick for deputy secretary of education is Cindy Marten, the superintendent of schools in San Diego. She is on the side of unions and closure.

Biden Education Pick Is Leading Opponent of Return to Classrooms

President Joe Biden’s pick to be deputy secretary of education is still fighting to keep students out of the classroom in San Diego, where she’s school superintendent.

Cindy Marten, the longtime superintendent of the San Diego Unified School District, has been a vocal opponent of bringing back in-person instruction for public school students. The district had pledged to give a timeline for reopening on Jan. 13, but Marten failed to follow through, announcing after the deadline that no date for return will be set.

“Despite the progress that is being made and all of the best efforts of all of our employees, it’s important that we recognize that the virus continues to spread and it’s out of control in our communities,” Marten said. “This is not the time to let up on our efforts to defeat this deadly virus.”

Marten’s refusal to set a timeline for schools to reopen is in direct contradiction with Biden, who has vowed to have schools reopen within the first hundred days of his presidency. Dr. Anthony Fauci, Biden’s chief medical adviser, has said the government’s “default position” should be to get kids back in the classroom.

Parents across the country who have been dealing with school closures for months are reaching the end of their patience for obvious reasons. You may have seen this viral video of a dad speaking to a school board in Virginia:

"If your employers knew you were more inefficient than the DMV, you'd be replaced in a heartbeat."

A dad in Virginia tore into a local school board for passing themselves off as "martyrs" while refusing to reopen schools. pic.twitter.com/LIO7Cyjm4D

One other troubling aspect of Cindy Marten’s background is that she is apparently a supporter of Critical Race Theory.

A top Biden administration official has come under scrutiny for bringing — and heralding the views of — a critical race extremist to the San Diego School District in September.

Love, author of “We Want to Do More Than Survive: Abolitionist Teaching and the Pursuit of Educational Freedom,” reportedly told staff they must become “abolitionists” and “build conditions that create institutions that are just, loving, equitable, and center Black lives.”

Love added a warning on “spirit murdering,” which she called “a death that is built on racism and intended to reduce, humiliate, and destroy people of color,” a staffer in attendance reported.

Marten introduced Love and “was very supportive of the programming and of the speaker as well,” the staffer said, per the report.

I know things are very difficult for parents all over the country right now, but if I had kids I would not send them to public schools.

I would not have said that ten years ago.

To a lib/dim hypocrisy is just another word…..

Another Fauci. That’s all.

What does anyone expect?

NEVER forget we are in the situation we are because of ONE PERSON: William Barr.

She sure isn’t on the side of children.

To people like her, children are simply a commodity – to be used to get enormous amounts of funds to wine and dine union leaders and to get funds to democrats and favored educrats.

Parents are desperate to get their children out of the public schools in my old neighborhood in the SF Bay Area. The all boys Catholic School that my son attended has all the classroom chairs filled. They have had live instruction the entire year and the public schools cannot be bothered. The real victims are the students.

they’re getting what they voted for… i have zero sympathy for my neighbors here in Lost Angels who whine about what the fascists they elected are doing to them.

i just ignore all the illegal “orders” and do as i damn well please.

Start firing all teachers not in their classrooms Monday morning. We’ve had enough. Claw back their pay for all the time they didn’t show up. Replace certified teachers with ordinary people not indoctrinated by Education Degree programs. Better than having kids sit home, will probably get better educated students. Oh, one more thing: All those Administrators? See ya. Money needs to go directly into classrooms. Sorry.

Nice idea, but the process for hiring a classroom instructor has been complicated because of teachers molesting students. One must undergo a ground check, get finger printed and give references back to the beginning of employment

DONT be so negative, it isn’t that hard nor intrusive to undergo background checks, fingerprinting and supply references. Most of us have had to do this multiple times if we have a work history. The real hurdles are the insane laws and regulations that have entrenched the unions and the true believers in socialist/ communist thought.

Yeah. So you still have seven hours left on the clock. Big deal.

That’s the problem about hiring. Degrees and certificates are more important than the true ability to instruct students. Political correctness is also a must.

I started to say that K-2 won’t really be hurt by an entire year out of school as long as they get the basics once they are back in the classroom. A lot of what they try to force kids to learn is developmentally inappropriate in those grades anyway. Then it occurred to me… an uneducated population is easier to control. What better way to ensure an uneducated population than by ensuring that kids start off on the wrong foot and never get an opportunity to really learn the foundations? Covid disruptions just add to that.

Em-pathetic appeals are facilitated in an uneducated or miseducated population. That said, perhaps they are right. Color matters, character doesn’t.

Biden is setting the stage for breaking yet another campaign promise. When the schools don’t reopen Biden will say “not my department, that’s her job”.

It’s the job of teachers and students to worship blacks?

There are a lot of private schools out here in the away from I-35 part of Texas.