“The U.S. Department of Education has opened an investigation into Fordham University” 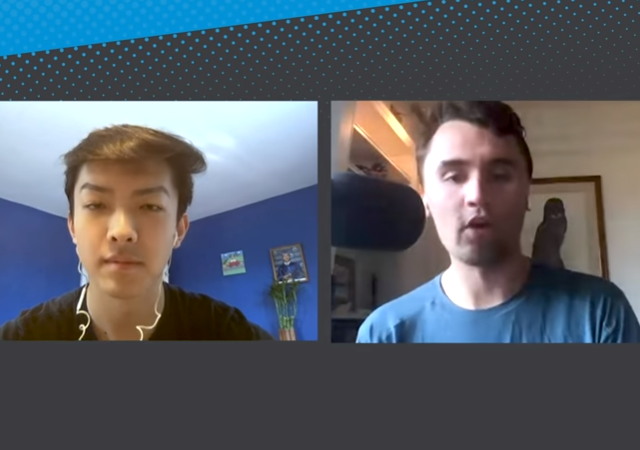 We have been following the story of student Austin Tong, who was banned from the campus of Fordham University for posing with a legally owned gun on social media. This is an update.

The U.S. Department of Education has opened an investigation into Fordham University, about two months after student Austin Tong received notification from the New York City private college that his social media posts violated university policy and that he had been placed on probation.

As Campus Reform previously reported, Tong, a Chinese-American student, posted on Instagram in early June a photo of retired St. Louis police officer David Dorn, who was killed while defending a friend’s store from looters amid nationwide, violent demonstrations. The post contained an image of Dorn, who was Black, along with the caption, “Y’all a bunch of hypocrites.” Another post showed Tong holding a firearm pointed toward the ground with the caption “Don’t tread on me #198964” and emojis of the American flag as well as the Chinese flag.

“Of course, this raises questions about the influence of the Chinese government on American colleges and universities,” a Department of Education official told Campus Reform. The Department of Education recently launched a separate investigation into Fordham to determine whether the university failed to disclose foreign funding sources, including gifts from China.

Tong received notice from the school that the posts violated its policy and that as a result he would be barred from campus unless obtaining permission from the dean of students. He is required to complete the rest of his courses online. The university said the sanctions are “non-appealable and final.”

This one is fairly easy to analyze, whether by the student himself challenging the university’s action or by the federal government.

2. Sue Fordham. It’s been a while since I have looked in any college handbook or set of rules, but it should not be too difficult to convince a jury that when a student pays tuition and invests several years of time there is an implicit obligation on the part of the school not to suspend or expel the student in an arbitrary way, ie absent the student’s having violated something that would have put him on notice.

3. Fordham is a private institution, but there are still limitations. If they take government aid, which they almost certainly do, they are probably subject to statutes that prevent them from acting in a discriminatory way. It shouldn’t be all that difficult to find dozens, if not hundreds, of social media posts that would be similarly offensive to one or another group as to which Fordham became aware and took no action. That’s a harder suit to when, but it’s not impossible, as is emerging from cases where a dacially neutral sexual contact policy is applied only to men with no fair process.

4. Is, after a full and fair investigation, the government determines that Fordham acted inappropriately, cut them with entirely from all government funding and research grants. See how long it takes for the for sale signs to go up on their campus.

5. Markets can also bring about change, although slowly. It would not be beyond the realm of possibility for students to refuse to attend universities that fail to institute protections for students against precisely this kind of nonsense.

Let’s hope this gets pushed ahead in an Oberlin-like manner. The only way to tame (you can’t change them) totalitarians is to bankrupt them.

You can’t even tame them, you can just declaw them.